Rental prices across America have been soaring, with some cities like Austin, Texas, experiencing average hikes of up to 40%, leaving many with a lose-lose decision of either having to find a cheaper place or pay significantly more to remain in their homes.

In a now-viral video, TikToker Callie (@cal_cifer_2.0) explains how she discovered that her neighbor, who had just moved in, was shocked to hear what other tenants are paying—the new renter’s contract has much, much worse conditions. Unfortunately, the story serves as the perfect illustration of the broader context, where so many have to dig deeper and deeper into their pockets just to have a roof over their head.

In this market, finding out you’re getting a bargain on your rent sounds pretty much like winning the lottery 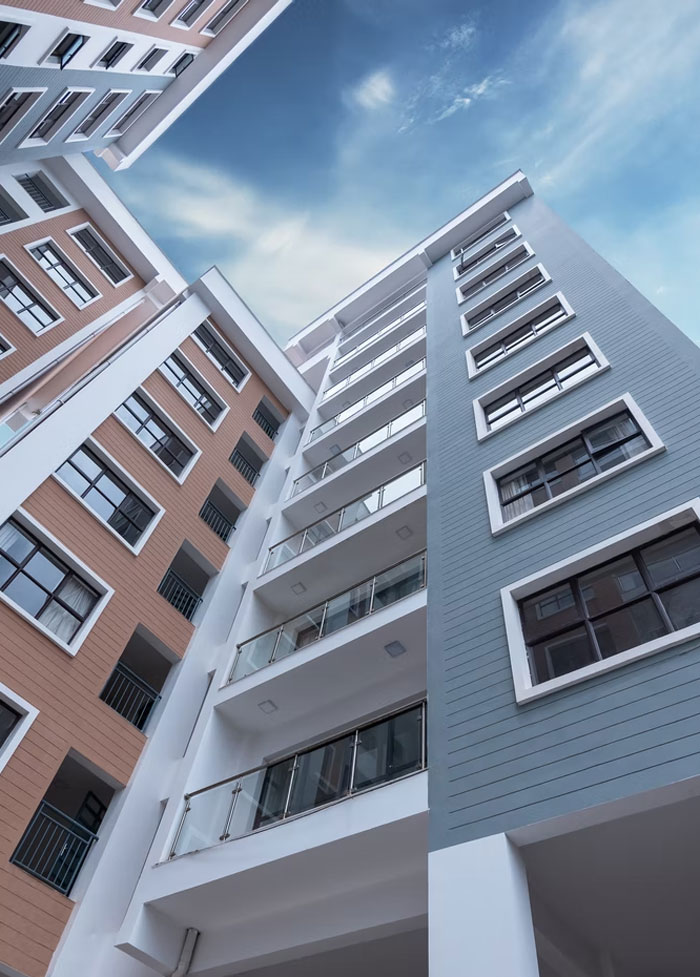 But when TikToker Callie found out she was paying 46% less than her neighbor living in an apartment with the exact same floor plan, she really felt for the woman 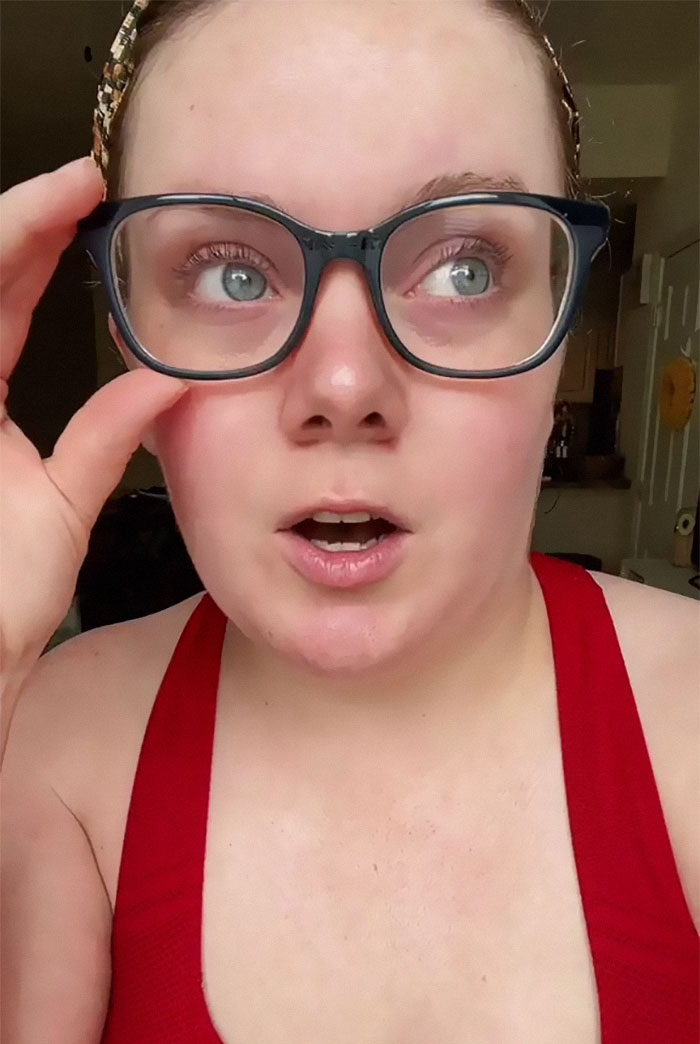 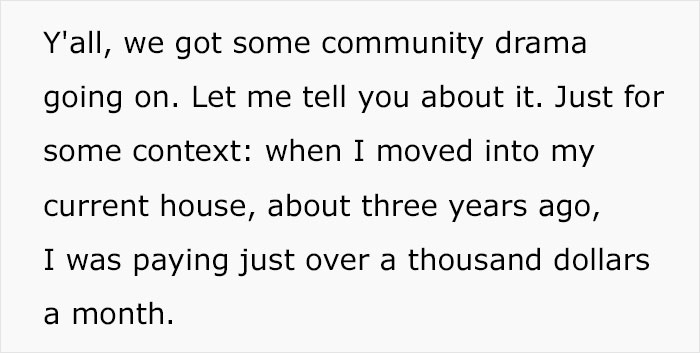 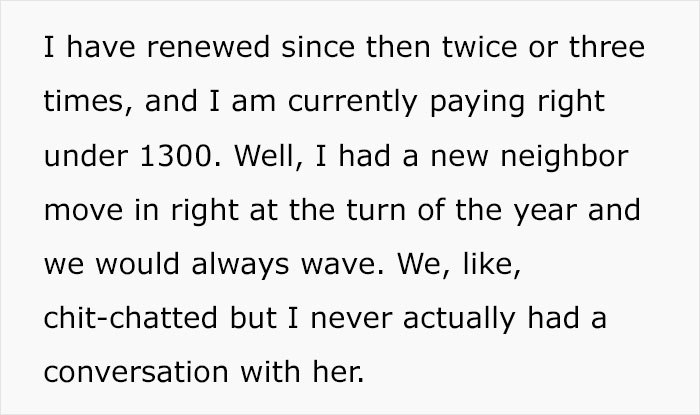 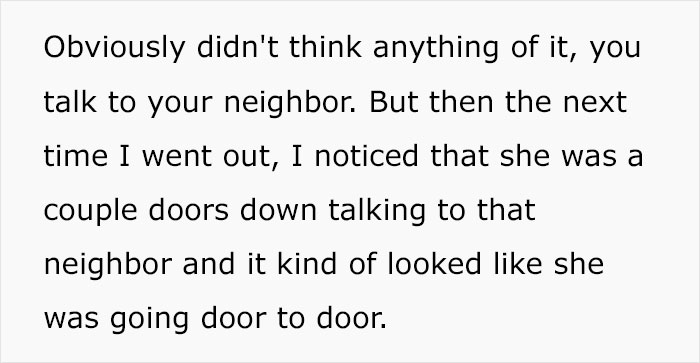 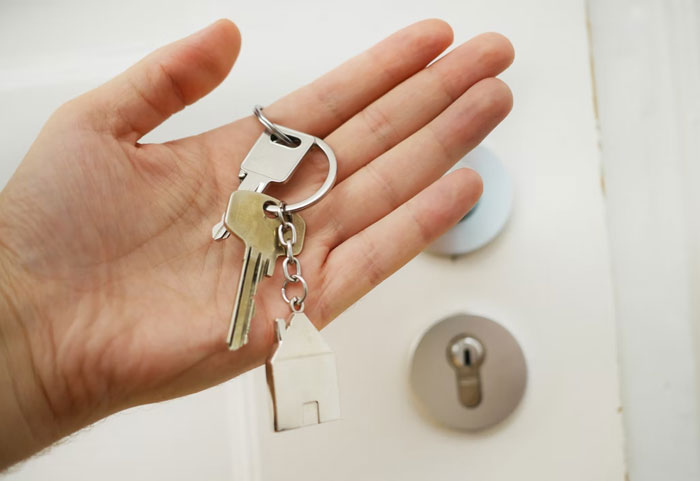 There can be many reasons behind different rates for the same floor plan, including pets, the number of people living on the property, smoking, or, as is in Callie’s case, how long some of the tenants have been there.

For example, if you have a pet, this adds wear and tear so you are likely to pay more.

But if you’ve been there for years, you are likely locked into a cheaper contract. (Landlords sometimes also reward people who sign long-term leases with lower rent.)

The price isn’t based just on cost, and market conditions can drastically alter it. The landlord is balancing several factors, and the bottom line is they want to make as much as they can on their property.

“When it comes to how much a landlord can raise rent, anything flies,” said Robert Pellegrini, president of PK Boston, a real estate and collections law firm with offices in the Greater Boston area. “There are no rules, and it’s totally at their discretion.” Except, of course, if you’re living in a rent-stabilized or rent-controlled apartment, in which case there are strict government provisions in place.

Sadly, Callie’s neighbor is just one of many who find themselves in this exact situation. Renters looking for new homes all across the United States are facing dizzying double-digit rent increases. However, you probably wouldn’t get that from the official federal tally of inflation data.

In the last eight months, the rate of change in annual rental costs for new tenants has more than doubled, reaching its highest level on record, according to data from the Bureau of Labor Statistics (BLS) reviewed by The Times. (The data isn’t in the public domain.)

In its latest consumer price index inflation report, BLS said that annual inflation in shelter costs stood at 5.4% in May, which was the highest level since 1991. That figure is a weighted average meant to reflect the rate of inflation affecting new and continuing renters and homeowners alike.

But the non-public numbers show a gulf between the prevailing conditions affecting those who moved residences and those who didn’t. Annual rental costs for new tenants jumped from 4.3% in July 2021 to 11.1% in March 2022. For existing tenants, on the other hand, inflation was lower and grew at a slower pace over the same period, increasing from 1.5% to 2.7%. For residents of owner-occupied units, the trend was similar.

The fact that existing tenants — those who are renewing their leases instead of moving into a new place — pay considerably less might suggest that the cost of housing will continue to climb.

With housing representing both the biggest contributor to core inflation and a lagging indicator, the recent escalation of rents points to overall inflation continuing to rise as well, even as it shows signs of retreating in other sectors.

Some even think you should never disclose your rent

Many also pointed out that while this sounds sad, it’s absolutely legal and landlords have the right to set the price

And defended the landlords 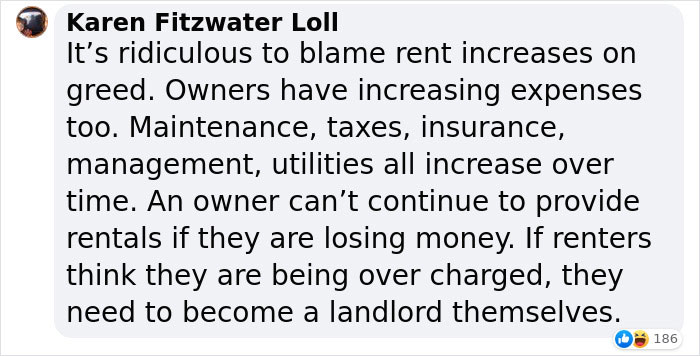 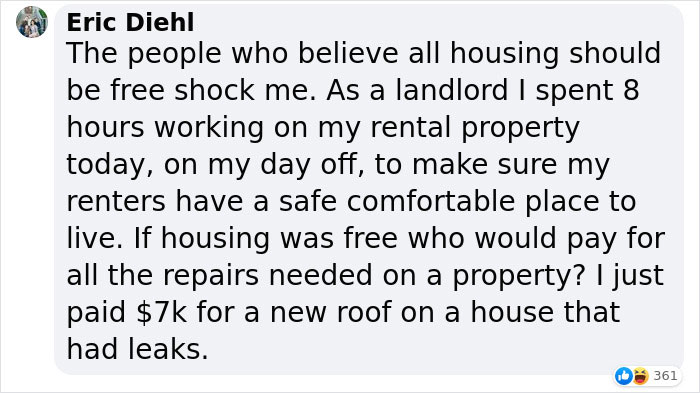 To who Callie had this response 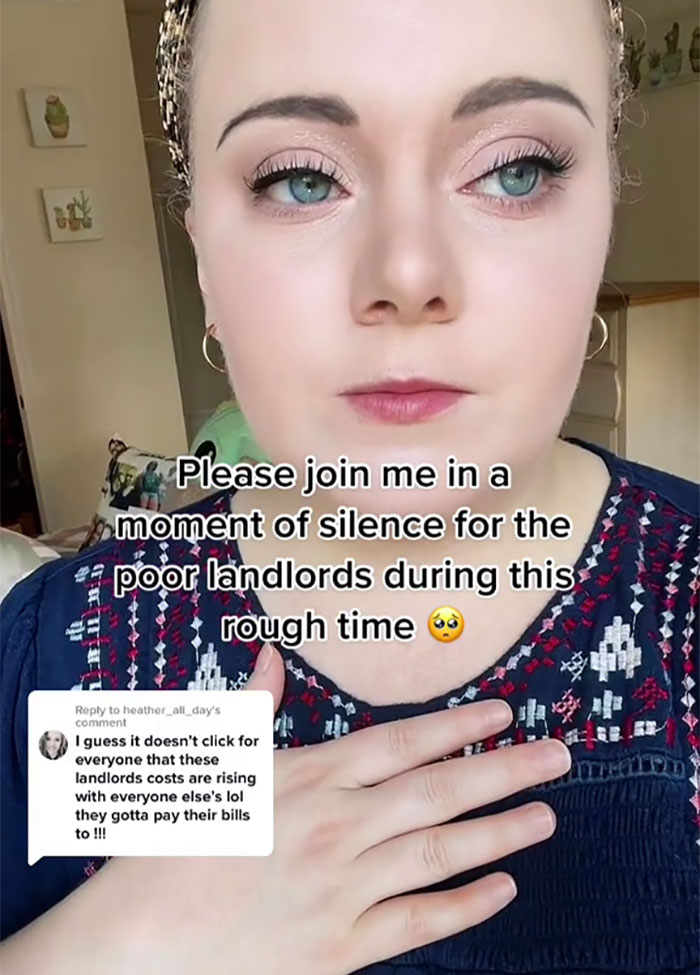 She also responded to those saying her neighbor should move out

@cal_cifer_2.0 Reply to @chellbarlet It’s WAY more complicated than that 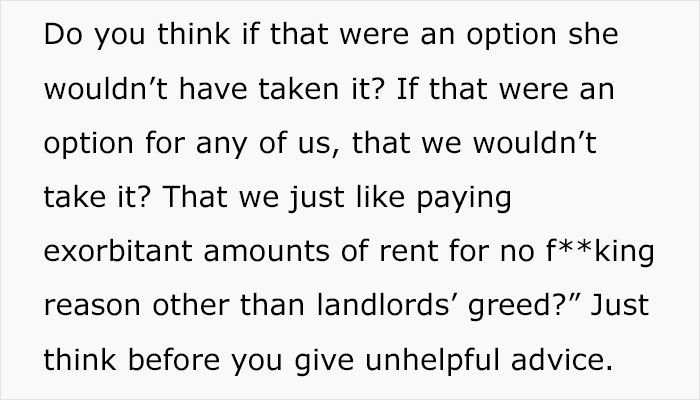 The post “Is That Legal?”: Woman Can’t Believe Her Neighbor With The Same Floor Plan Pays 0 More Than Her In Rent first appeared on Bored Panda.