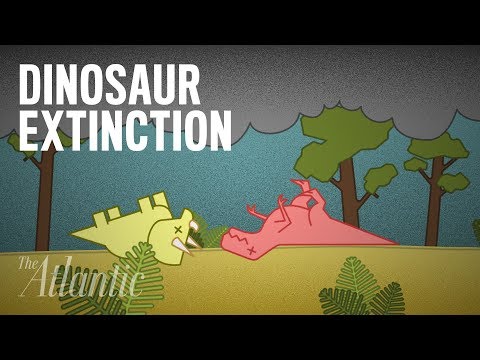 If you went to school after 1980, you probably learned that the dinosaurs went extinct because of a huge asteroid smashing into the earth 66 millions years ago. If you went to school before 1980, you probably heard that it could be any one of a dozen different reasons and we possibly might never know the exact cause of the dinosaurs extinction. One of the competing ideas is that the mass extinction was caused by the Deccan Traps, a group of volcanoes that erupted for thousands of years, so long that they poisoned the entire earth. This hypothesis has been promoted by paleontologist Gerta Keller for decades, but it was overshadowed by physicist Luis Alvarez’ discovery of the iridium layer that pinpointed the date of the asteroid. Scientists are still arguing over the reason for the death of the dinos, which you can read about at The Atlantic. -via Digg