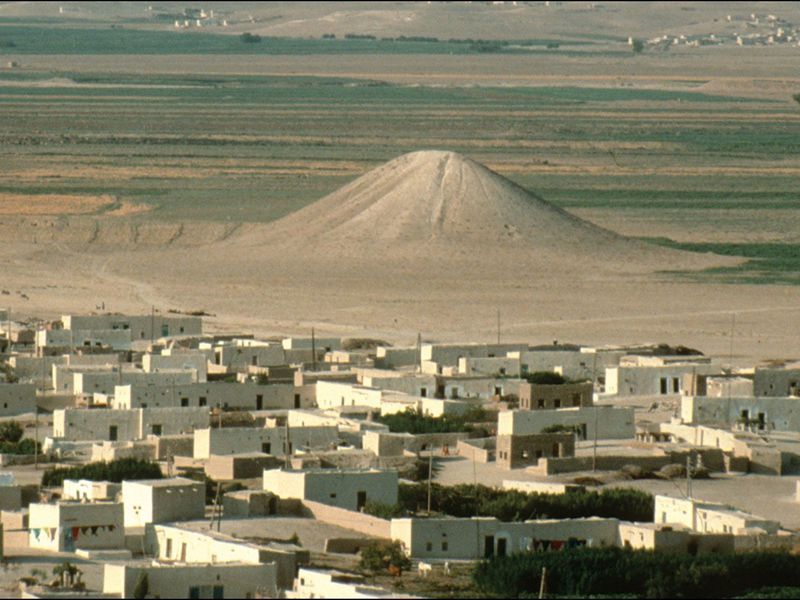 A site in Syria has led archaeologists to hypothesize that it may be the world’s first military memorial. The site, known as the White Monument, contained partial skeletons of adults and teens buried with ammo or animals needed for battle. The monument, experts propose, likely held soldiers, who were buried with co-combatants, as Smithsonian details:

Such a massive memorial for battle-dead suggests the town had a standing army: “people who identify as soldiers, as opposed to people who go out and fight in the offseason or when someone’s attacking,” says Stephanie Selover, an archaeologist at the University of Washington who studies ancient warfare in nearby Anatolia, but was not involved in the study.

“The possibility of standing armies that are so controlled and centralized you’re even able to make a monument… There’s nothing else like this,” in the Early Bronze Age, she adds.

The monument would have served as a conspicuous reminder that leaders had the means to maintain and memorialize an army—a message that would have been received by locals as well as outside foreigners. “Burying these people in the sort of function that they would have had in a military is really a statement of power at that point, both locally and externally, because this thing was really visible for miles,” says University of Toronto archaeologist Anne Porter, lead author of the Antiquity study.