Nutrient pollution is one of the lesser-known but most pressing environmental challenges we face. Nitrogen, phosphorus, and potassium are all essential for plant growth—they’re known as the “Big 3” primary nutrients in fertilizer—but when they enter the environment in excess, they can cause a lot of damage. The Big 3 have another thing in common: they’re all found in our urine. But since these nutrients aren’t extracted at sewage treatment plants, they build up in streams, rivers, lakes, and other bodies of water, where they cause large growths of algae called algal blooms. Algal blooms reduce the amount of oxygen in water, killing fish while elevating toxins and bacterial growth. 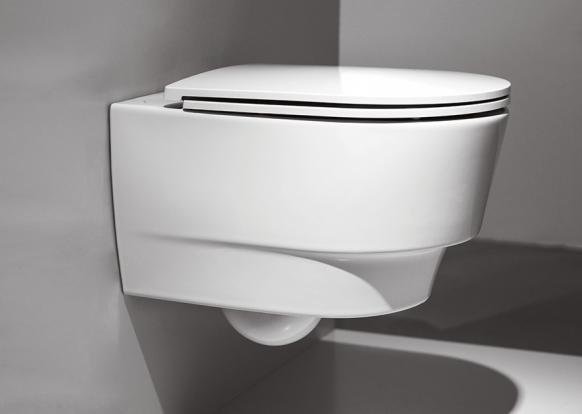 The wall-mounted save! toilet looks like a conventional, rimless WC and can be used normally. 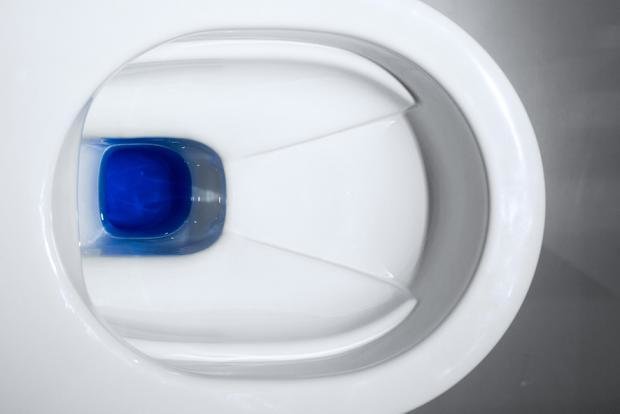 Austrian design firm EOOS and Swiss ceramics manufacturer Laufen have partnered up to propose a solution that’s rather simple. By extracting urine from wastewater, we can reduce water pollution and simultaneously tap into an alternative source of essential nutrients for fertilizer production (as another example of this, consider the Rich Earth Institute’s “pee-cycling” efforts in Vermont.) Continuing EOOS’s submission to the Bill and Melinda Gates Foundation’s 2011 Reinvented Toilet Challenge, the companies partnered with the Swiss Federal Institute of Aquatic Science and Technology to develop a urine-diverting toilet. 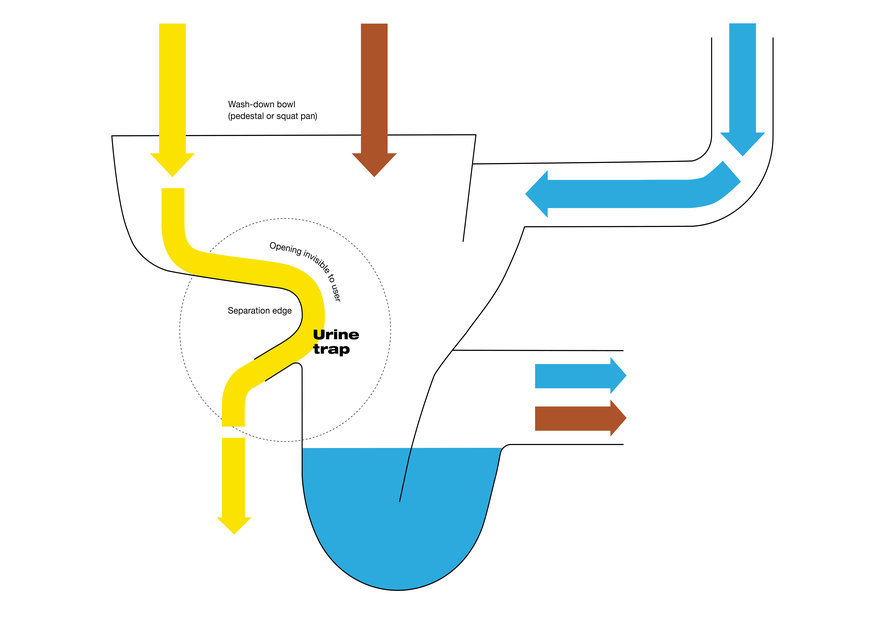 According to the product website, the Save! toilet features one key innovation, a patent-pending “urine trap”‘ invented by EOOS Design, “which directs urine towards a concealed outlet using only surface tension.” Laufen applied this concept to a new toilet design featuring a ceramic bowl whose inner geometries are “optimally shaped to guide the water flow” based on computational fluid dynamics simulations developed by ETH Zurich. The low-tech, out-of-sight solution means the toilet looks like any other WC, and for the most part, it doesn’t require any changes to user behavior, save for one catch: you have to urinate in a sitting position in order for it to hit the trap. 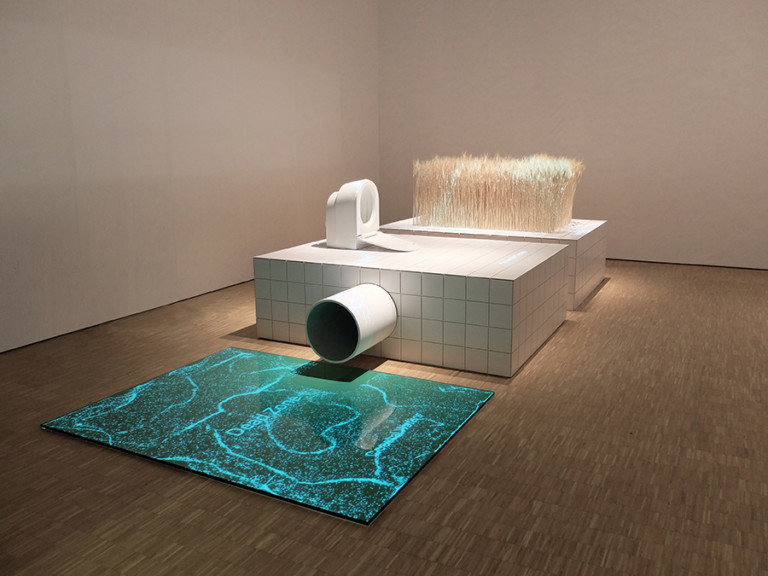 Designed for use in Europe, save! Is the first urine-diverting toilet that meets all industry standards. It received wide acclaim during ISH Frankfurt, a leading plumbing trade show, and was Austria’s contribution to the XXII Triennale di Milano where it was exhibited as part of a multimedia installation investigating “the ecological interaction of coastal waters, sewage systems, and agriculture.”

To make a real dent in the issue of nutrient pollution, cities would have to rethink urine collection on a large, infrastructural scale. Save! represents a promising design solution that just might steer that conversation in the right direction.

Rating Is This Toilet the Future of Wastewater Management? is 5.0 / 5 Votes: 5
Please wait...
Loading...
Related articles