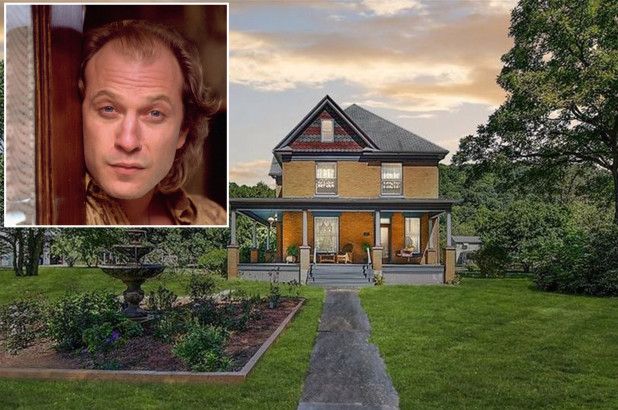 In the 1991 horror film The Silence of the Lambs, Jame “Buffalo Bill” Gumb is a serial killer who captures, mutilates, and murders his victims in grotesque methods. His home was Hell on Earth. Soon, you’ll be able to stay there!

Chris Rowan, a theater professional, has purchased the house outside of Pittsburgh used for the movie. He plans to open it to guests as a bed and breakfast. The New York Post reports:

Rowan won’t have to do much to restore the four-bedroom, one-bathroom house to its horror glory — the home outside Pittsburgh, Pennsylvania, already has many of its original features, including its old-fashioned wallpaper, hardwood floors, pocket doors and dark wood trim. And the exterior of the three-story house is the same yellowish-red brick with a wraparound porch as seen in the movie.

For movie fans, though, the house will prove to be a fixer-upper:

But the most important renovation will be the infamous well in the basement where Hollywood’s original psychopathic B&B, played by Levine, traps his victims.

Filmmakers shot the basement well scenes off-site — the house doesn’t actually have a creepy hole in the ground — but the new owner reportedly plans to add one to give guests the full Buffalo Bill experience.