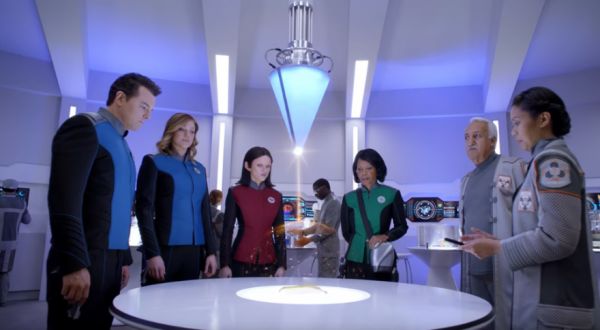 The upcoming Fox TV series The Orville is a parody of Star Trek, developed by and starring Seth MacFarlane. It should premiere sometime in 2017.

You won’t hear the words Star Trek or Starfleet in this trailer, but the ships, the aliens, the plot lines, and the aesthetics are all there. Whether the series can keep the comedy level up over time will be the key to The Orville’s success. -via Geeks Are Sexy