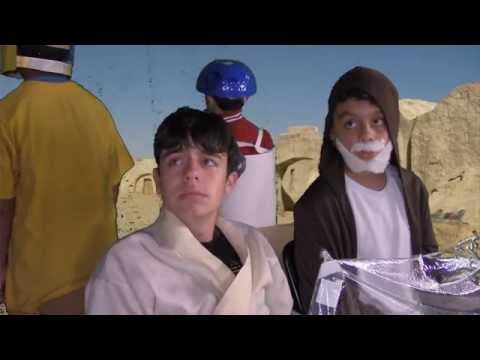 Ever since home video became a thing, kids have wanted to remake Star Wars. This group actually did it. Byron Ruf and friends remade the whole movie on their own, although they skipped a few scenes you really don’t need, so it comes in at barely over an hour. The attention to detail meant even having a Stormtrooper knock his head during an entrance. There are a few improvements, such as Luke not looking straight down into a lightsaber, Han shot first, and in the end, Chewie gets his medal. Incidentally, I love that the shortest kid played Chewbacca. It’s awesome. (via reddit)