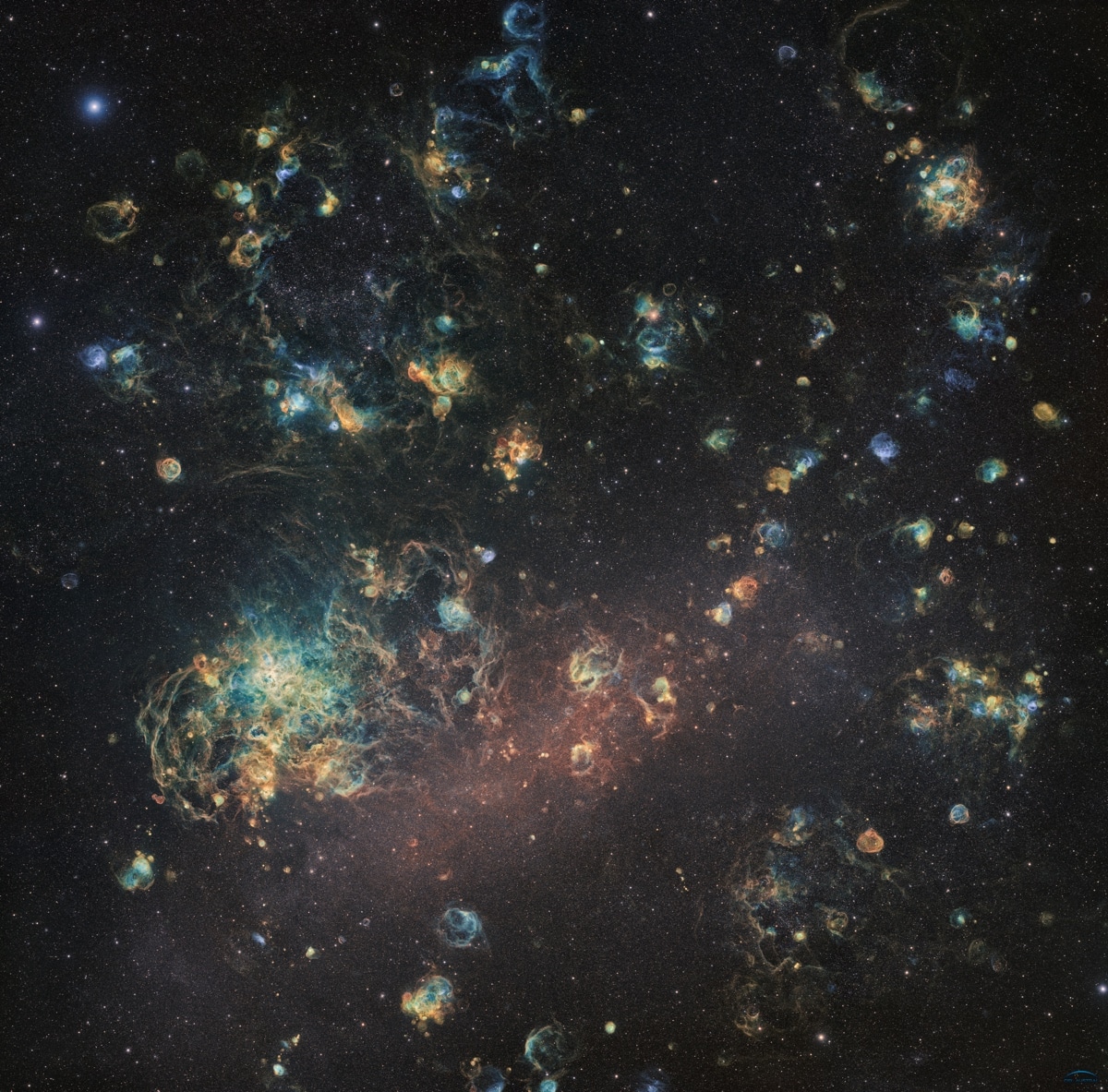 Ten months in the making, this incredible mosaic of nearly 4,000 photos gives a detailed look at the Large Magellanic Cloud (LMC). This satellite galaxy is visible as a faint cloud for those living in the Southern Hemisphere, so getting an close-up vision of the LMC is a real treat. The photograph, which was named NASA’s Astronomy Picture of the Day, came together thanks to the work of five dedicated amateur astronomers.

Ciel Austral is an association of astronomy lovers who operate an observatory in Chile. Together they’ve pooled their collective love for the stars and their years of experience to create memorable images of outer space. To capture this particular photograph of the LMC, which is a smaller galaxy operating inside the gravitational pull of the Milky Way, it took a true group effort. Though having five different perspectives on how to complete the photo could have presented challenges, their collective experience actually made for an unprecedented view of the galaxy.

All told, they spent five months in 2017 and five months in 2018 shooting 3,936 frames to pull together a 4×4 mosaic spanning over 5 degrees or 10 full moons. It took 2 computers to pre-process the frames and align the mosaic. It was a touch and go process that spanned eight days, as the team went through several iterations before finding the perfect alignment. With 620 gigabytes of data to process, it took two months to bring the work to a conclusion.

Overall, Ciel Austral estimates that it took 1,060 hours of exposure time with their 160mm refracting telescope to get what they were after. Add to that the lengthy processing time and it’s hard not to admire these men for their dedication. In the end, the time spent was worth it to get a crisp, detailed view of the Large Magellanic Cloud. With a final photo that is 204 megapixels and measures 14400×14200 pixels, the color and depth of the extraordinary image are to be admired.

Take a look at some of the Large Magellanic Cloud’s stunning details, which shows up as a faint cloud in the skies of the Southern Hemisphere. 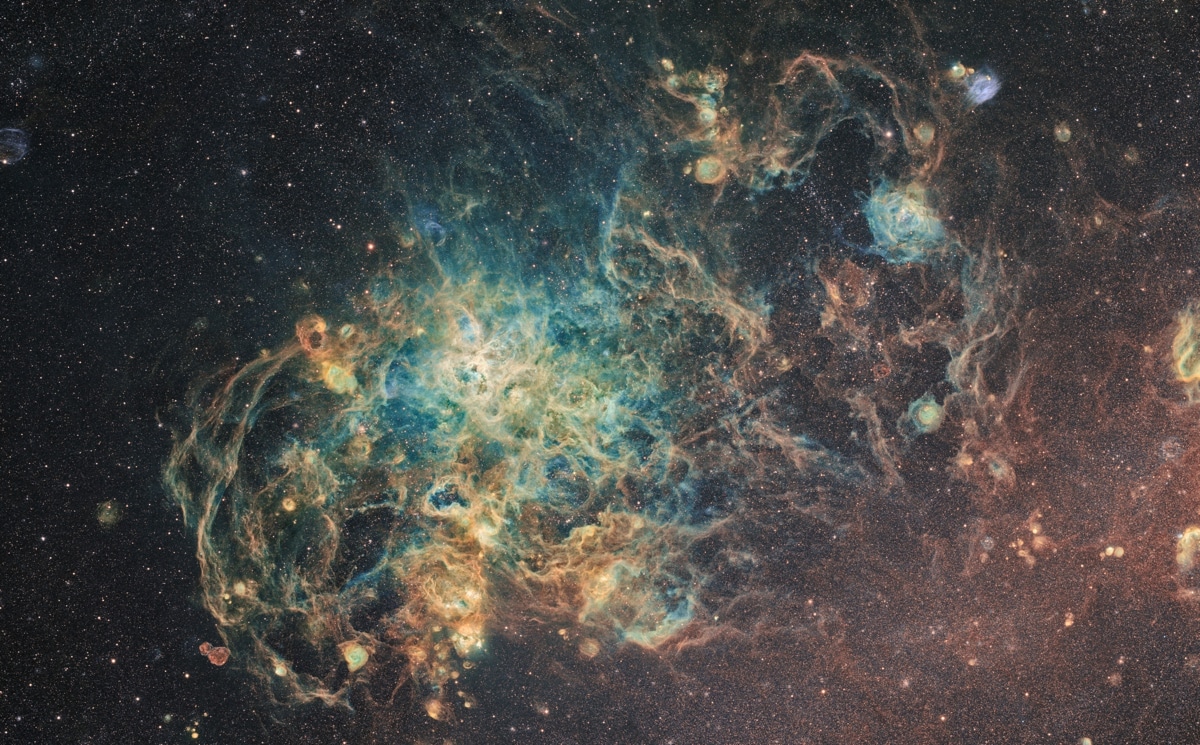 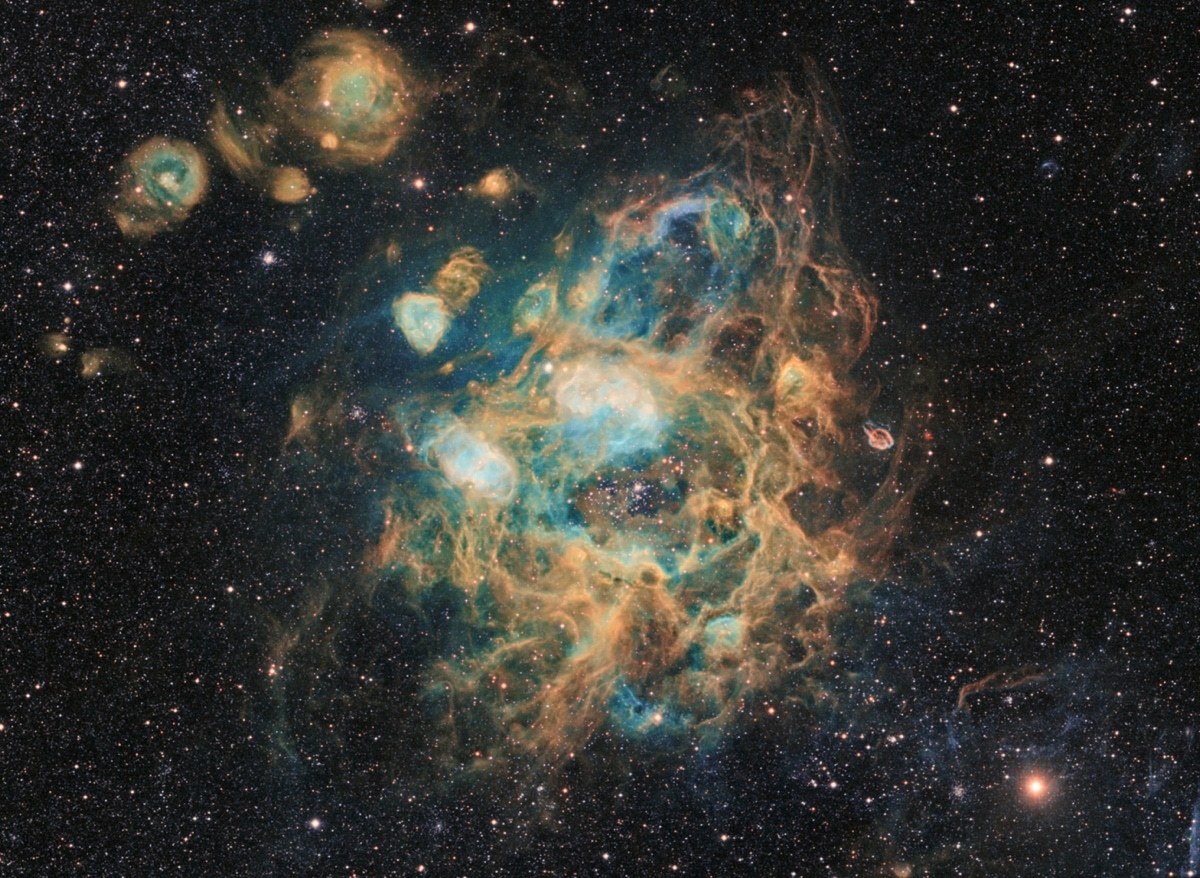 Astrophotographer Shoots 50,000 Photos to Create One Stunning Image of the Moon

The post It Took 1,060 Hours to Capture This Stunning Photo of the Galaxy appeared first on My Modern Met.