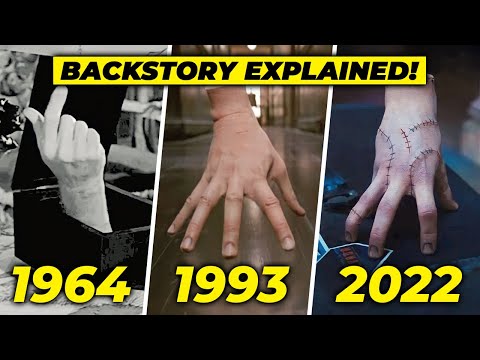 Thing has made a real impression in the Netflix series Wednesday, which follows the daughter from The Addams Family. But is the disembodied hand known as Thing a character, a special effect, or a prop? While bringing Thing to life involves all three, he is definitely a character to the producers of the various Addams Family media appearances. But the more tantalizing questions are, where did Thing comes from? Did he once have a whole body? If so, what happened to it? Is he the Addams’ servant or pet or family member? Does he get paid in hand-me-downs? Is Thing even a “he”? And whose hand is it? YouTuber Bopping traces what we know about Thing from the original Charles Addams comic, the 1960s TV series, the feature films, Wednesday, and other media incarnations of The Addams Family, both in the fictional world and behind the camera. -via Boing Boing