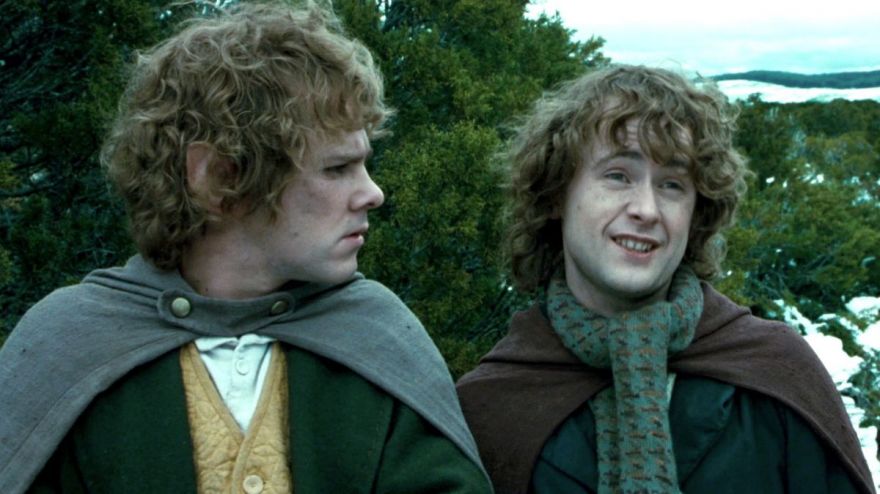 Peter Jackson’s The Two Towers, which was released in 2002, includes a scene in which Merry and Pippin, who are Hobbits, meet the Ents. In a recent television interview, actor Billy Boyd, who played Pippin, revealed that an early version of the script included both Hobbits getting naked. Screen Rant reports:

Here’s the thing. There was almost nudity in the movies,” said Boyd. “[Screenwriter] Philippa Boyens…she wrote a scene, because we’d been doing some kind of gags and winding people up…[and] she said, ‘Oh, it’s a new scene we’re filming next week, with the Ents. When Merry and Pippin are up Treebeard, he gets afraid and shakes his branches, which makes you guys fall, and as you hit all the branches on the way down, by the time you hit the ground, you’re naked. And Merry turns to Pippin and says, ‘It’s cold, isn’t it?’ And Pippin says, ‘Hold me, Merry.’

Emphasis added. This certainly would have spiced up the movie.

Strictly speaking, I think that it was a nude scene. The Ents weren’t wearing clothes, were they?