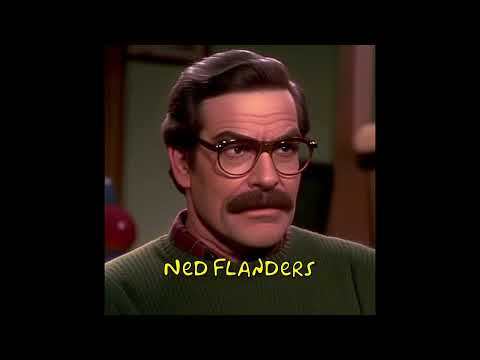 Imagine The Simpsons if the show was a live-action sitcom starring Tom Selleck as Ned Flanders and Christopher Lee as Mr. Burns. The rest of the cast members are not quite as recognizable, but they fall somewhere in that uncanny valley between the new and the familiar, between the real and the unreal. The Pharaoh Nerd used the artificial intelligence program Midjourney to create an introduction for the animated series with a somewhat human-looking cast. This opening credits scene is designed to look like a typical 1980s sitcom, with the theme from Full House as a soundtrack for some reason. It actually works better than it has any right to. The Pharaoh Nerd titled this video “The Simpsons as an 80’s Sitcom.” Maybe someone should tell him that The Simpsonswas an ’80s sitcom, back in the 1980s. -via Digg