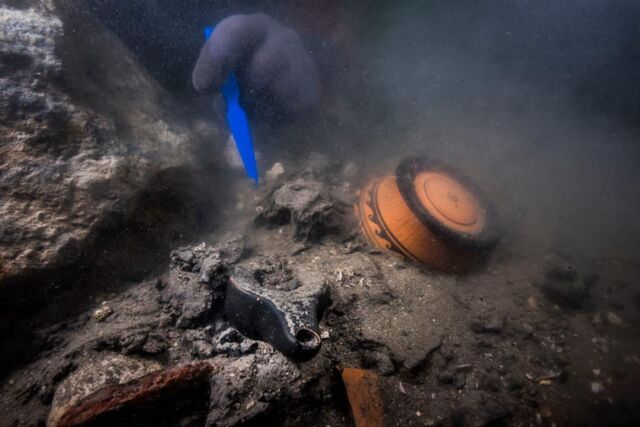 Archaeologists in the Abu Qir Bay in the Mediterranean Sea stumbled upon an interesting piece of history when they scanned the bottom of the bay using a sub-bottom profiler. Buried beneath some five meters of clay and debris was a ship that had a 25-meter-long hull. Archaeologists believe that this wrecked ship was once an Egyptian warship, built with speed in mind over capacity and agility.

“Finds of fast galleys from this period remain extremely rare,” said IEASM archaeologist Frank Goddio, who led the project. The Abu Qir Bay ship is only the second warship ever found from the last few centuries BCE—the Ptolemaic Period in Egypt and the era of the Punic Wars between Rome and Carthage.

Learn more about the sunken ship, as well as the ancient Egyptian port city, over at Ars Technica.