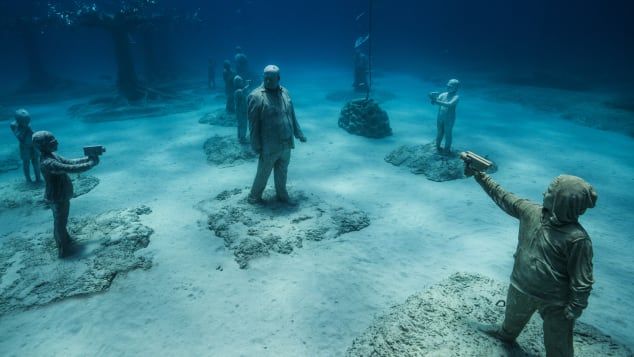 Some of the figures featured include huge trees weighing up to 13 tons as well as children pointing cameras at shapes depicting the human race while playing hide and seek.

“I tried to incorporate as many references to climate change and habitat loss and pollution as I could, because those are really the defining issues of our era,” Taylor tells CNN Travel.

“I’m kind of hoping that it leaves the visitor with a sense of hope along with a sense that the human impact isn’t always negative. That we can reverse some of the things we’ve done.