On Tuesday, the head coach for the NBA’s Golden State Warriors, a team based in San Francisco, made it clear he did not want to talk about basketball before that night’s playoff game. Instead, Steve Kerr used his time in front of the cameras to deliver an emotional speech aiming to discuss and condemn politicians’ inaction on gun violence in the United States.

Earlier that same day, an 18-year-old armed man walked into Robb Elementary School in Uvalde, Texas, taking the lives of 19 students and two teachers. During the pre-game press conference, Kerr decided to speak about this completely preventable tragedy and call for immediate action. “When are we going to do something?” Kerr asked after going through the list of recent gun violence in the U.S., slamming his hand on the table.

Fighting back tears and fuming over the dire situation, Kerr continued to say that he was fed up with witnessing the tragedies inflicted upon innocent people: “I’m tired of the moments of silence. Enough.” The coach called out a group of senators for failing to listen to the American people, and he had a lot to say. Scroll down to read the whole speech and the overflowing support it received on social media. 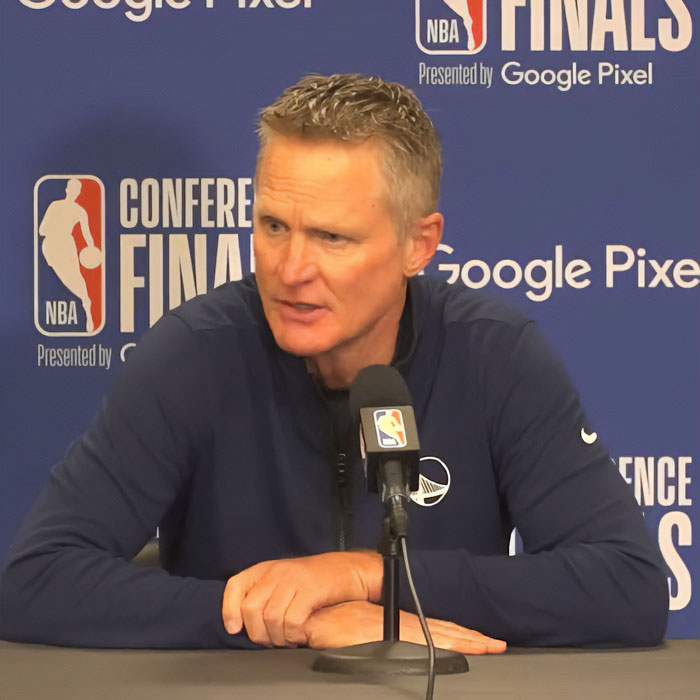 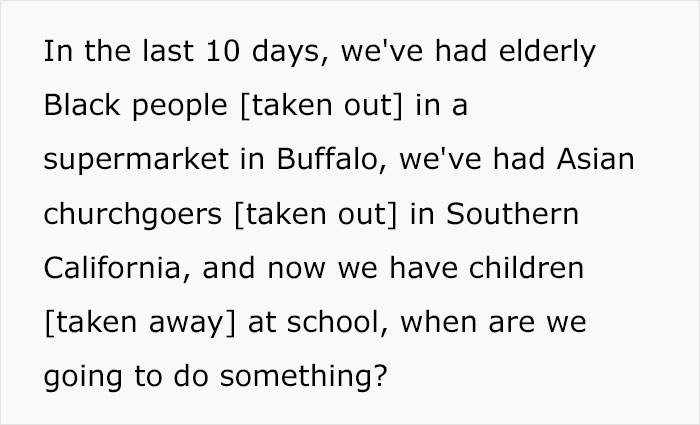 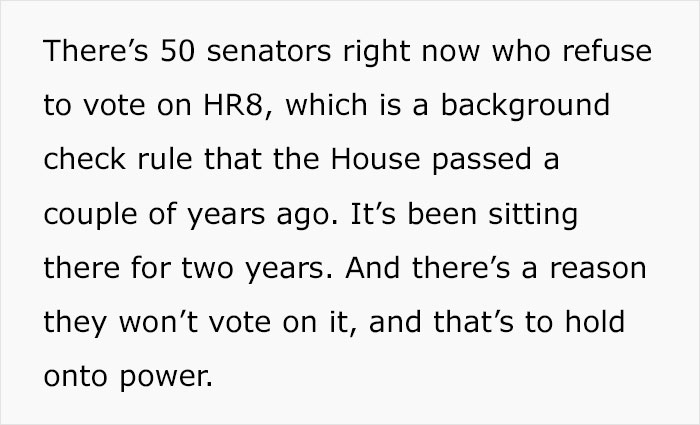 Kerr went on to accuse the Senate of stalling House Resolution 8 (H.R. 8), the Bipartisan Background Checks Act of 2021. “There’s a reason they won’t vote on it, and that’s to hold onto power,” the coach said. You see, H.R. 8 would close loopholes in the background checks law. “The purpose of this Act is to utilize the current background checks process in the United States to ensure individuals prohibited from gun purchase or possession are not able to obtain firearms,” the bill states.

H.R. 8 would prohibit gun transfers between private parties unless a licensed gun dealer, manufacturer, or importer first takes possession of the firearm to conduct a background check. Although there would be some exceptions, such as gifts between immediate family members.

According to Everytown for Gun Safety, a nonprofit organization that advocates for gun control and against gun violence, nearly a quarter of Americans who obtain firearms do so without getting a background check. The H.R. 8 would require verifications on all gun sales, and their investigations show it would help stop sales to prohibited buyers. “Since 1994, background checks have stopped more than 4 million illegal gun sales to violent criminals and other people prohibited from having guns,” researchers write. “Closing loopholes in the process with H.R. 8 will ensure that background checks are required on all gun sales and help keep guns out of the wrong hands.”

The House of Representatives passed this bill by a vote of 227-203 in March 2021, with eight Republicans voting in favor and one Democrat against. However, it has been stalled in the Senate for over a year — ten Republican votes are needed to end the filibuster. So Kerr looked into the camera before addressing Senate Minority Leader Mitch McConnell by name and taking aim at other senators as well. 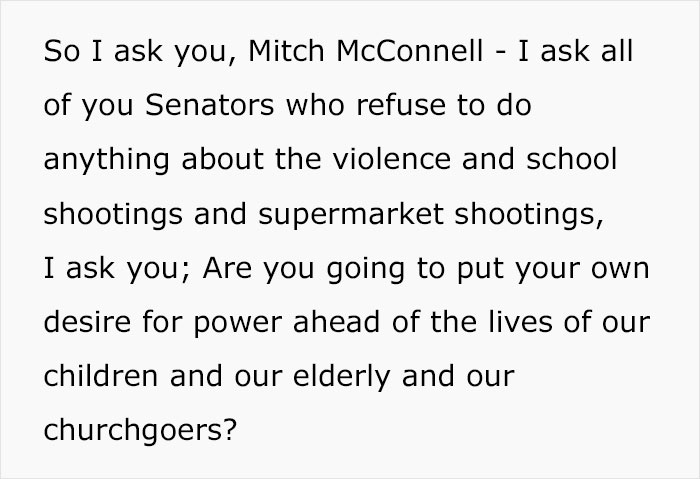 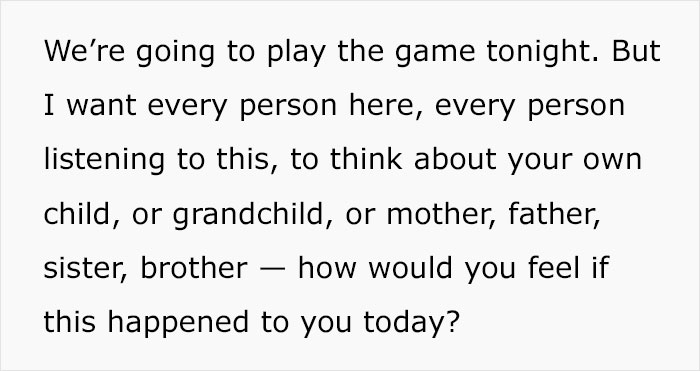 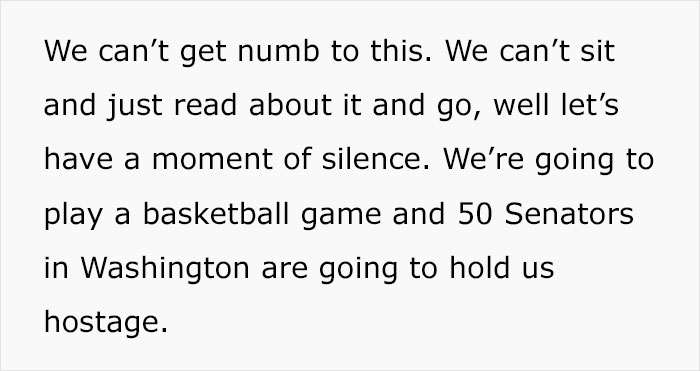 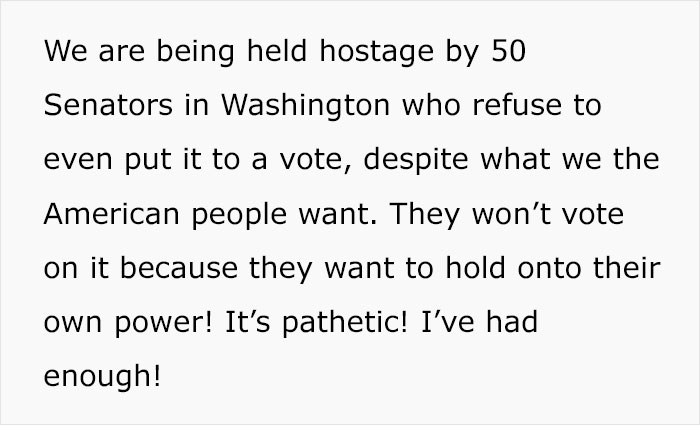 Kerr is known for his unwavering stance for stronger gun control, regularly and publicly demanding stricter regulations. It is a personal matter to the coach, who remains an outspoken advocate for political issues. He lost his father, Malcolm H. Kerr, to gunmen in Lebanon in 1984 while he was serving as president of the American University of Beirut. According to The Washington Post, Steve Kerr was born in Beirut and moved to California as a toddler. During his college days, he said in an interview that basketball helped him cope with the tragedy of losing his father.

You can watch the full speech right over here

Before Tuesday’s game, which was preceded by a moment of silence, the Dallas Mavericks coach Jason Kidd also voiced his concerns. “We will truly play with heavy hearts tonight for the community, for the school of Robb Elementary School,” Kidd said. “As coaches, as fathers, we have kids, people in this room have kids, elementary school; you can just think about what could take place with any of your family or friends at a school. This is on-the-run job training, and we are going to try to play the game. We have no choice.”

Warriors guard Damion Lee agreed with Kerr and joined him in calling for action. “Obviously, everyone saw Steve’s pregame presser. Those are my exact same sentiments. It’s sad the world that we live in. We need to reform that,” he said. “Guns shouldn’t be as easily accessible. Like, it’s easier to get a gun than baby formula right now. That’s unbelievable in this country that we live in.”

Kerr received an outpouring of support from people on the internet, here’s what they had to say 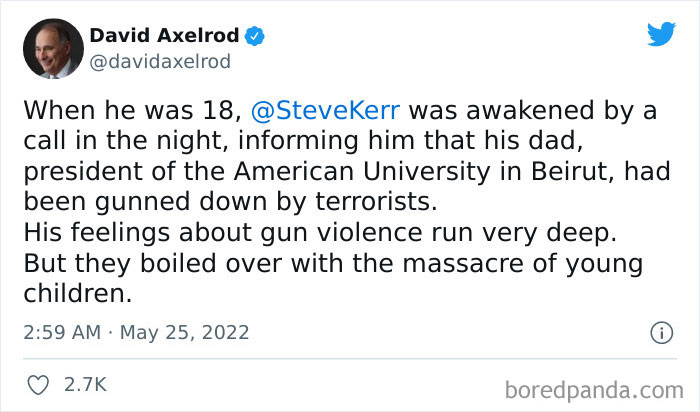 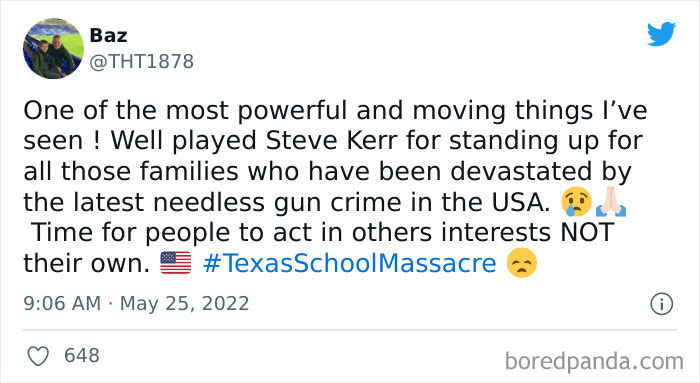 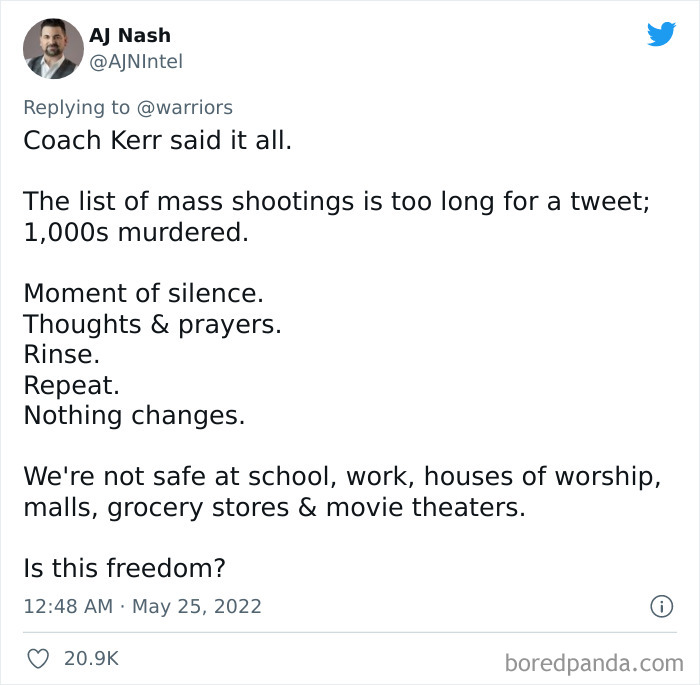 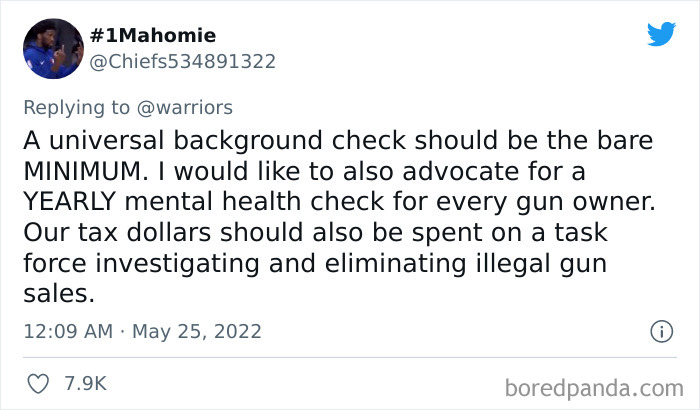 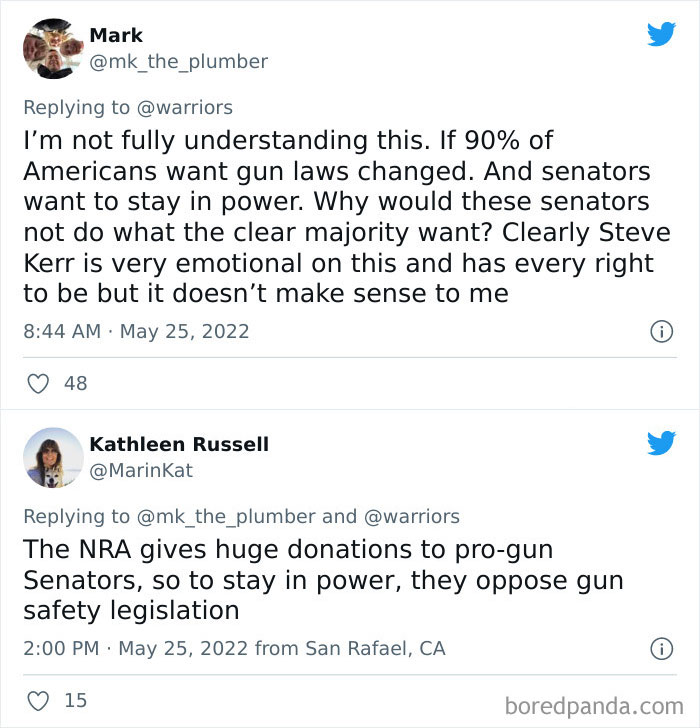 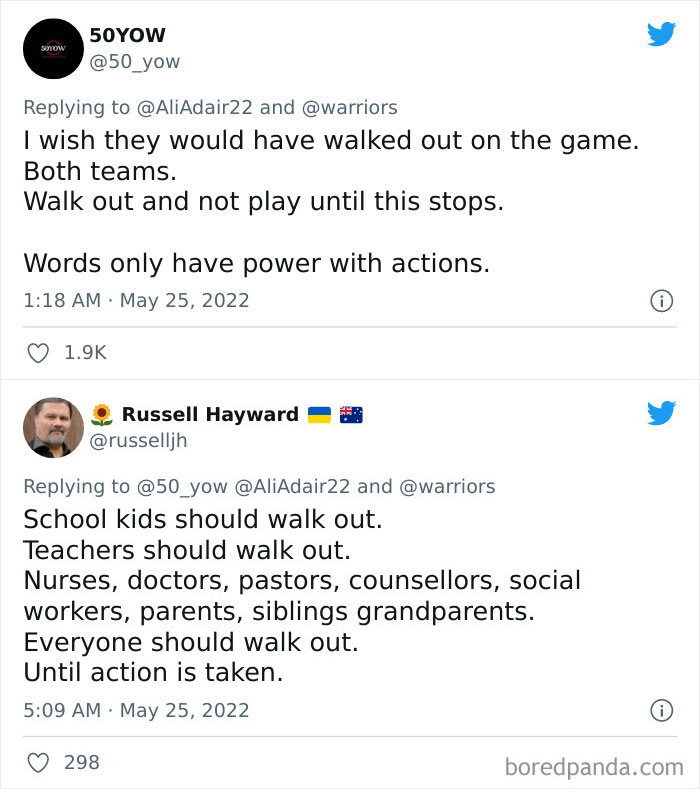