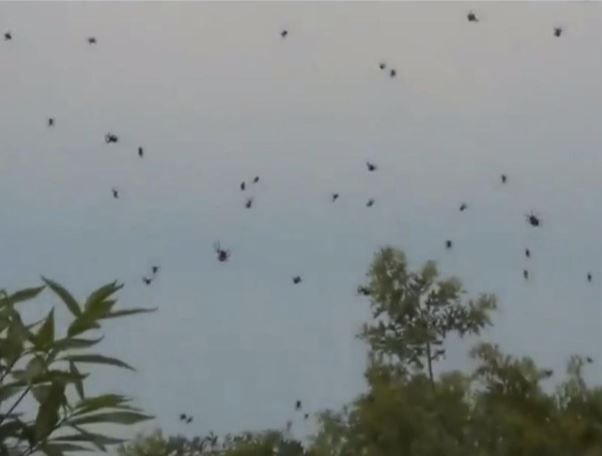 Spiders like to lurk in dark corners and shadowy places but if you’re out in the open during broad daylight, surely you’re safe from the creepy crawlies. Right?

Wrong, said Mother Nature, who proceeded to rain spiders from the skies:

Summer in south-east Brazil has brought soaring temperatures and some disconcerting eight-legged visitors.

Residents in a rural area of southern Minas Gerais state have reported skies “raining spiders”, a phenomenon which experts say is typical in the region during hot, humid weather.

While the spiders in the sky may seem scary, they are not venomous. Moreover, instead of raining they are clinging on to a giant web that is unnoticeable to the human eye. Find out more over at The Guardian.