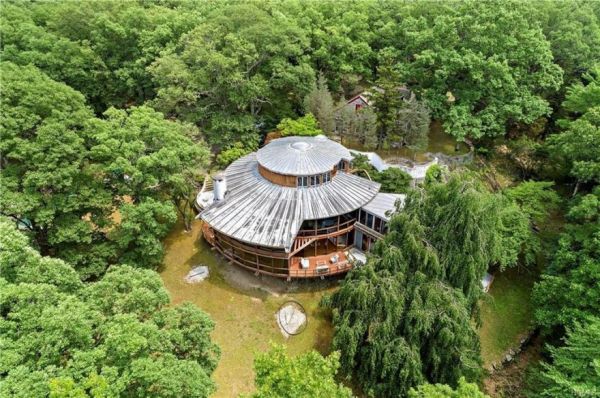 In 1959, Jackie Gleason had a home built in Cortland Manor, New York, that resembled a flying saucer. It was completely round, and everything in it was round as well: the counters, bar, fireplace, staircase, even the shower doors curved along with the building. That house, dubbed “Mother Ship,” along with a guesthouse (also round) called “Spaceship,” and a third house that isn’t round, on eight acres is now for sale. Gleason’s eight-foot diameter round bed is included. Jackie Gleason was interested in UFOs for quite some time, although he wasn’t quite a believer. 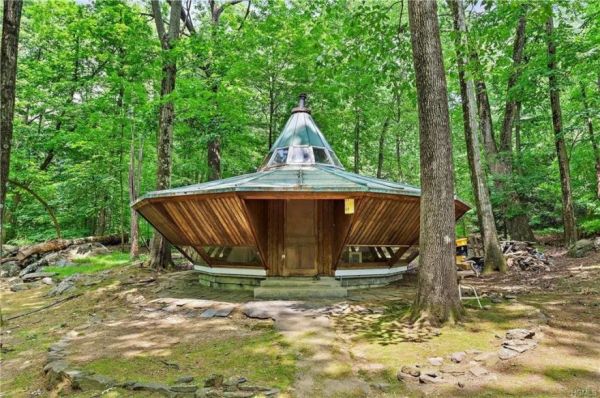 Despite a fear of flying, Gleason developed a fascination with UFOs and flying saucers, possibly as part of his attraction to parapsychology, witchcraft, extrasensory perception, reincarnation, mental telepathy, clairvoyance and all things paranormal. An avid reader, Gleason amassed a vast library (over 1,700 titles) of paranormal books and materials which now reside in the University of Miami library and are catalogued at LibraryThing. Gleason appeared regularly on a paranormal-themed overnight radio show hosted by John Nebel, where he revealed his skepticism by offering $1 million to anyone who could offer physical proof of aliens visiting Earth.

No one ever took the million, but there is a story involving Richard Nixon that got some traction despite Gleason wanting to keep it secret. There is no evidence that it’s true, but you can read the story at Mysterious Universe. -via Strange Company