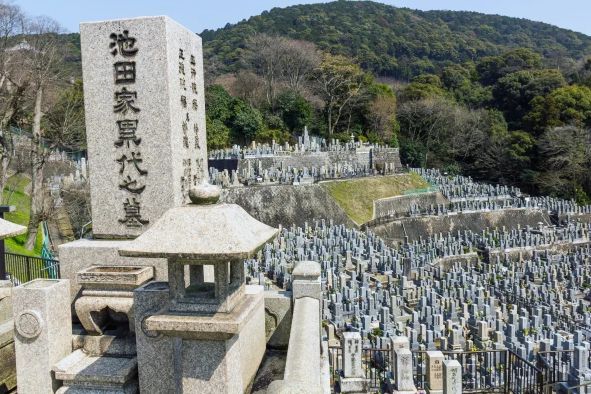 With the rising need for land to house the living, many countries are destroying cemeteries to get more space. In return, they are trying to change the way funerary rites are done, and how cemeteries operate, from promoting cremation over physical burial in Hong Kong, to creating columbariums and demolishing family tombs in Singapore. Japan is now promoting tree burial as a thoughtful new way to bury the dead:

As a scholar who studies Buddhist funerary rituals and narrativesabout the afterlife, what interests me are the innovative responses in some Buddhist-majority nations and the tensions that result as environmental needs clash with religious beliefs.

The idea of tree burials has proven so popular in Japan that other temples and public cemeteries have mimicked the model, some providing burial spaces under individual trees and others spaces in a columbarium that surrounds a single tree.

ScholarSébastian Penmellen Boret writes in his 2016 book that these tree burialsreflect larger transformations in Japanese society. After World War II, Buddhism’s influence on Japanese society declined as hundreds of new religious movements flourished. Additionally, an increasing trend toward urbanization undermined the ties that had traditionally existed between families and the local temples, which housed and cared for their ancestral gravesites.

Tree burials also cost significantly less thantraditional funerary practices, which is an important consideration for many Japanese people struggling to support multiple generations.The birth rate in Japan is one of the lowest in the world, so children often struggle without siblings to support ailing and deceased parents and grandparents.