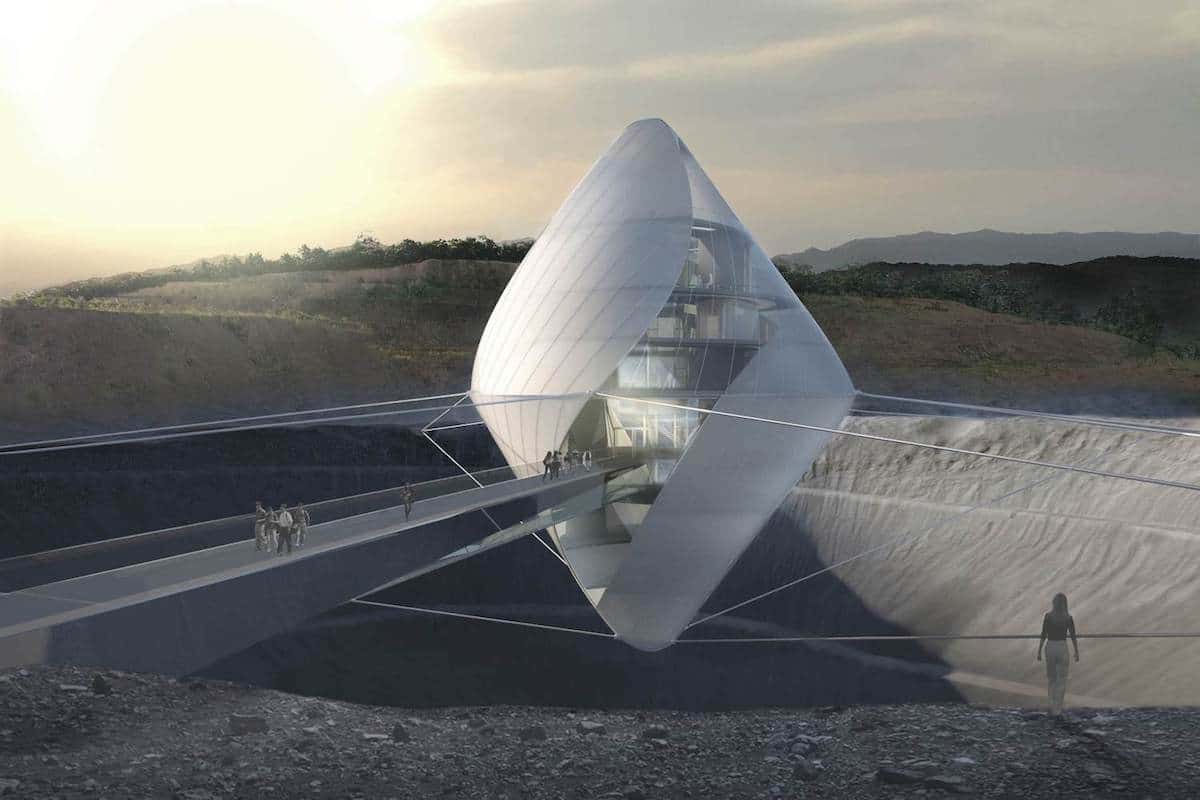 The further we move into the space age, the more there is to learn. So much so that the Japan Aerospace Exploration Agency (JAXA) is dedicating a new research center to advance space exploration. Concept designs by Clouds Architecture Office (Clouds AO) demonstrate how the cutting-edge, otherworldly architecture will reflect the dynamic research happening inside the Avatar X Lab.

Avatar X Lab is a collaboration between ANA Holding Inc and JAXA that provides a campus for tech companies to develop Avatar technology. The campus’s location was specifically chosen for its resemblance to a lunar surface and the architects have used this stimulus to create an inspired design. The eighteen-story main lab building floats above a moon-like crater and is accessed via a suspension bridge.

“When astronauts board a spacecraft they cross a bridge; when we board a plane we walk across a jet bridge between the terminal and airplane. This is our last contact with familiar ground before taking off for someplace new,” states the firm. “The suspended building embodies this crossing of thresholds: after passing over the bridge you are transported to a new place, the Avatar X Lab Building, where technological innovation will change how we see the world.” 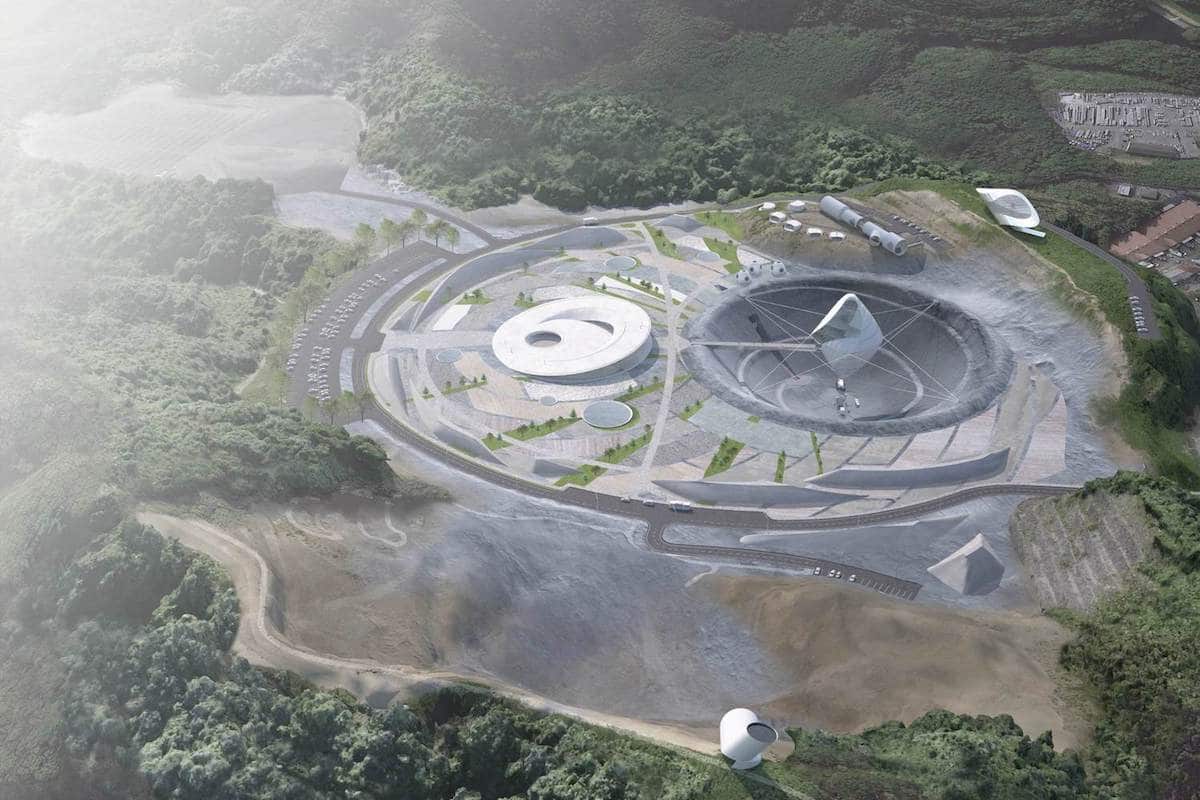 The research campus, which is located in Oita prefecture, Kyushu, Japan, will include several other buildings as well as a lunar terrain simulation area that will allow researchers to test robotic Avatars. The Avatar X Lab is the focal point of the campus and will be anchored above the crater by steel cables. The structure itself will be clad in transparent and translucent panels wrapped around a steel frame, which will allow light to filter through the space.

To keep the weight of the suspended laboratory down, Clouds AO will use lightweight materials like honeycomb aluminum floor plates and carbon fiber partitions. “The form of the floating structure was informed by pressure vessels common in space architecture, which tend to be cylindrical in shape,” architect Masayuki Sono told Dezeen. “Space architecture tends to be low mass, compact and high performance, since much of the construction material has to launched into space aboard a rocket with a limited payload capacity.”

The research center is another step forward for Avatar X. The program looks to further man’s communication and robotics technology in order to begin planning for telepresence—the use of virtual reality and robotics to replicate senses and actions—beyond our own planet. All of this looks ahead to the possibility of using remote robotic workers to build on other planets and celestial bodies.

The move to places beyond Earth is something on the minds of many space agencies, whether it’s NASA holding a competition for 3D printed dwellings on Mars or SpaceX laying out plans for starting a self-sustaining city on Mars by 2020. JAXA and ANA’s investment in Avatar technology and the Avatar X Lab is just another step forward in the journey toward inter-planetary living.

The focal point of JAXA’s new Avatar X Lab is a cylindrical structure floating above a moon-like crater. 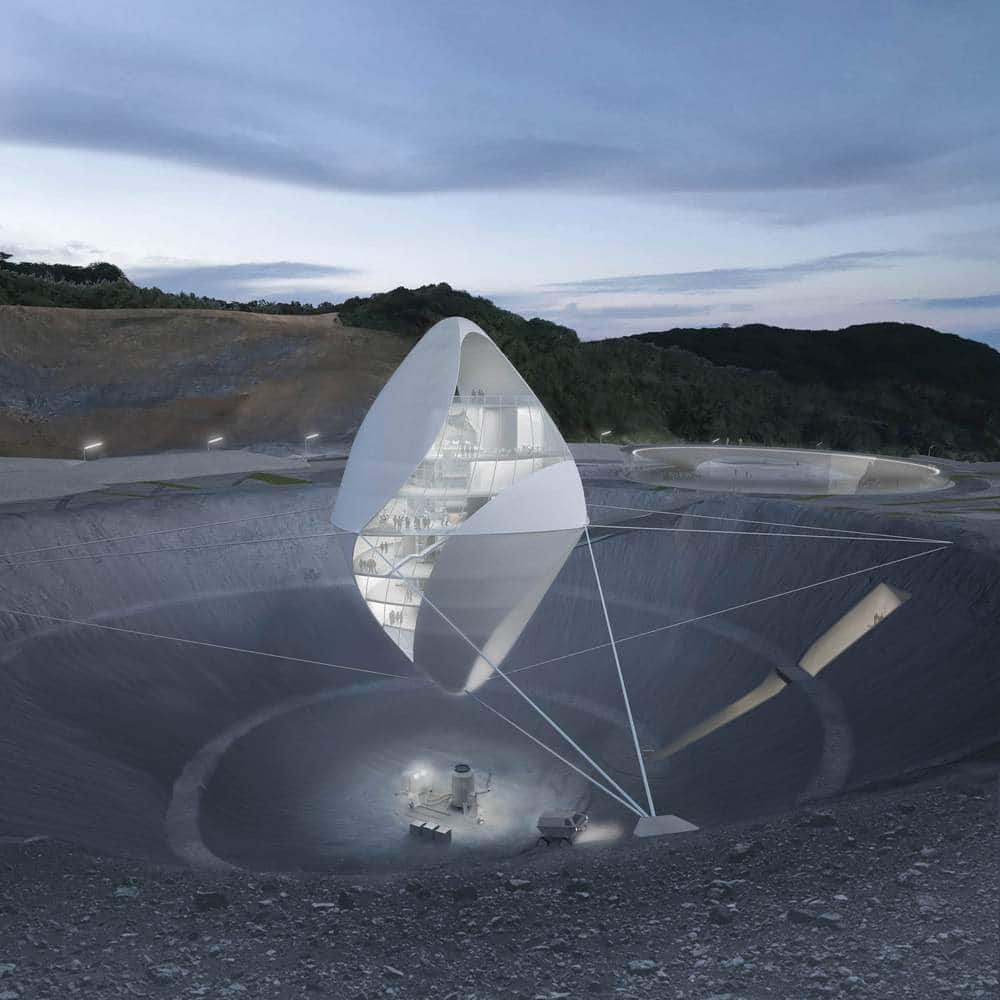 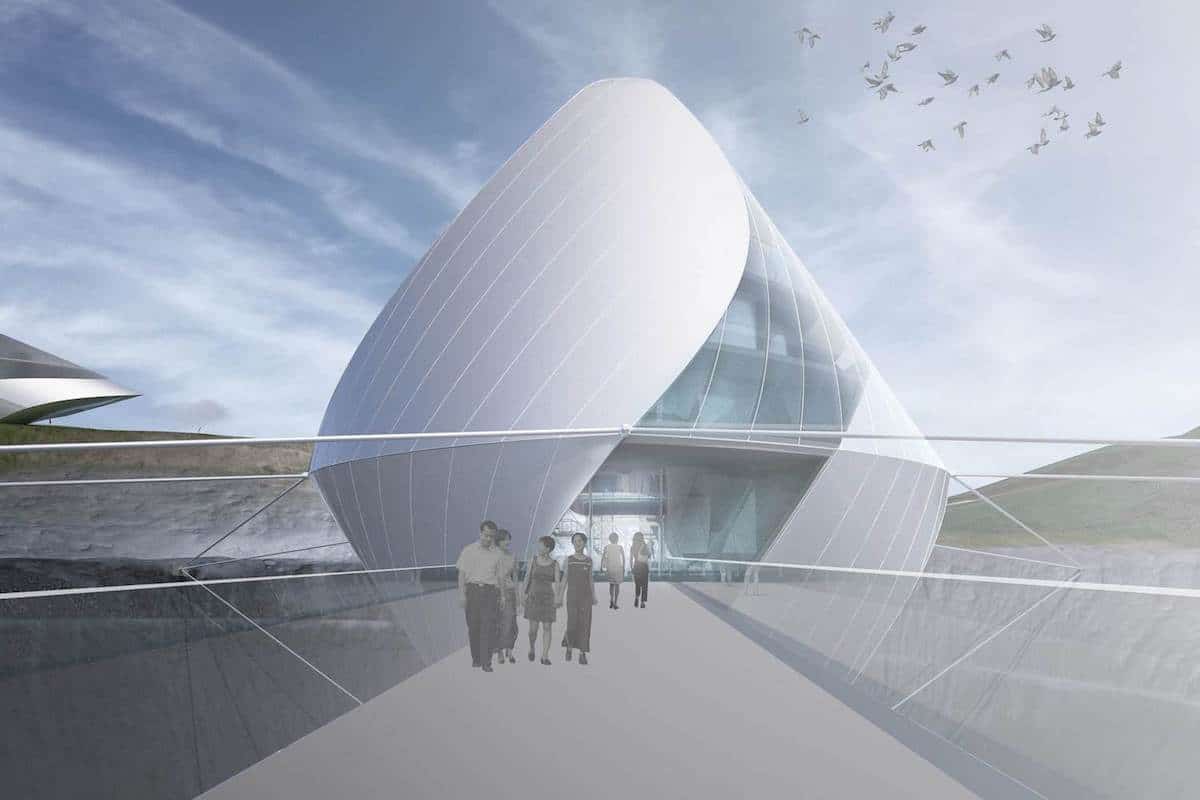 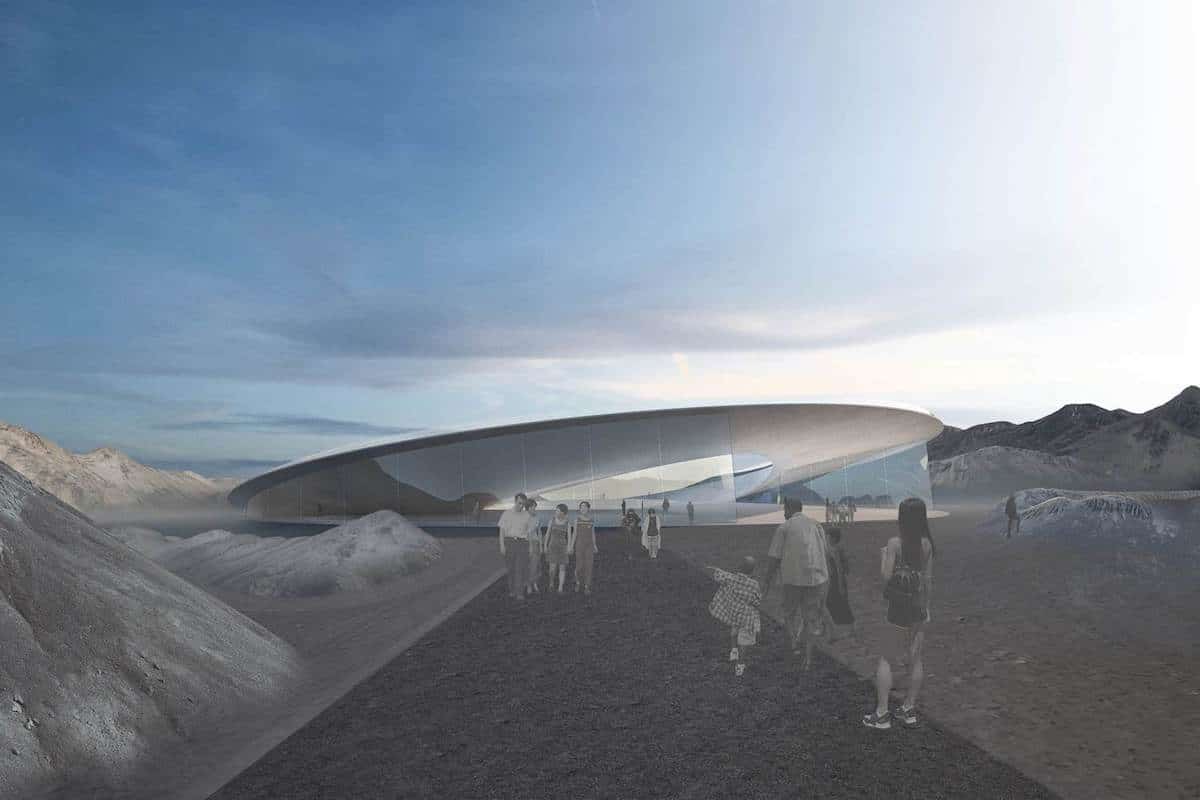 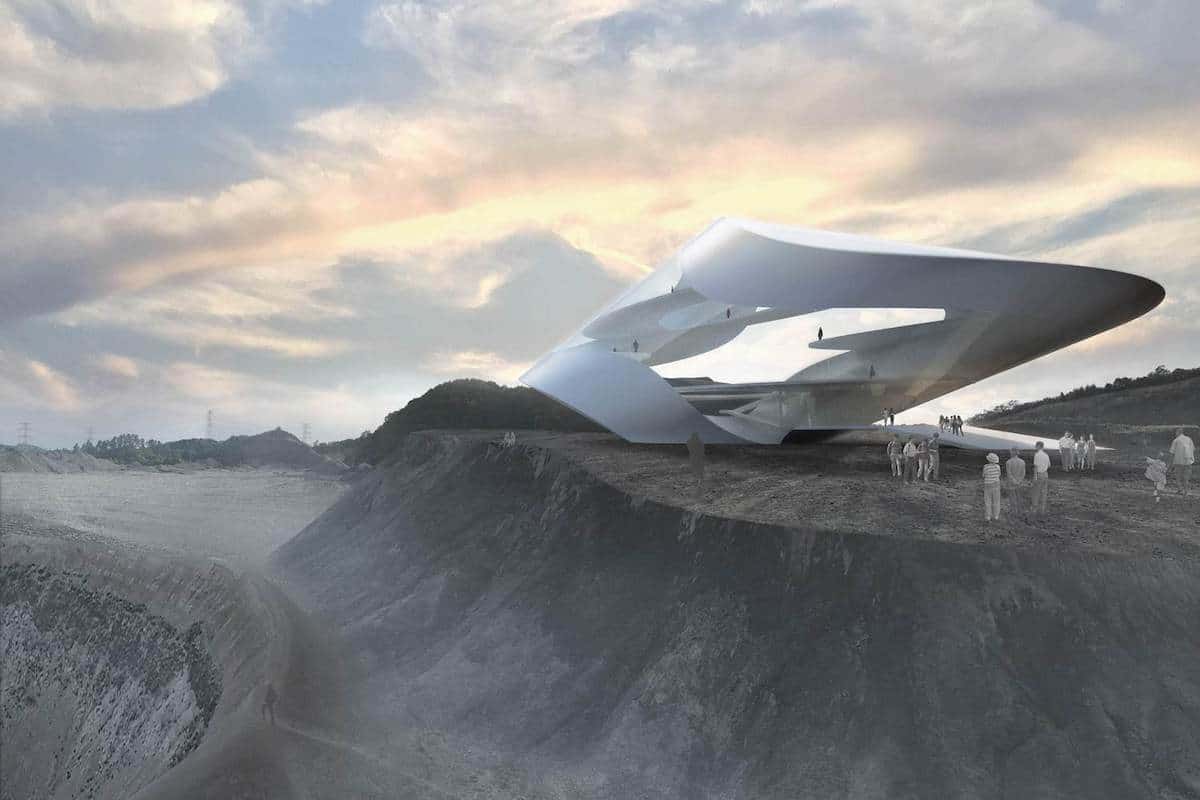 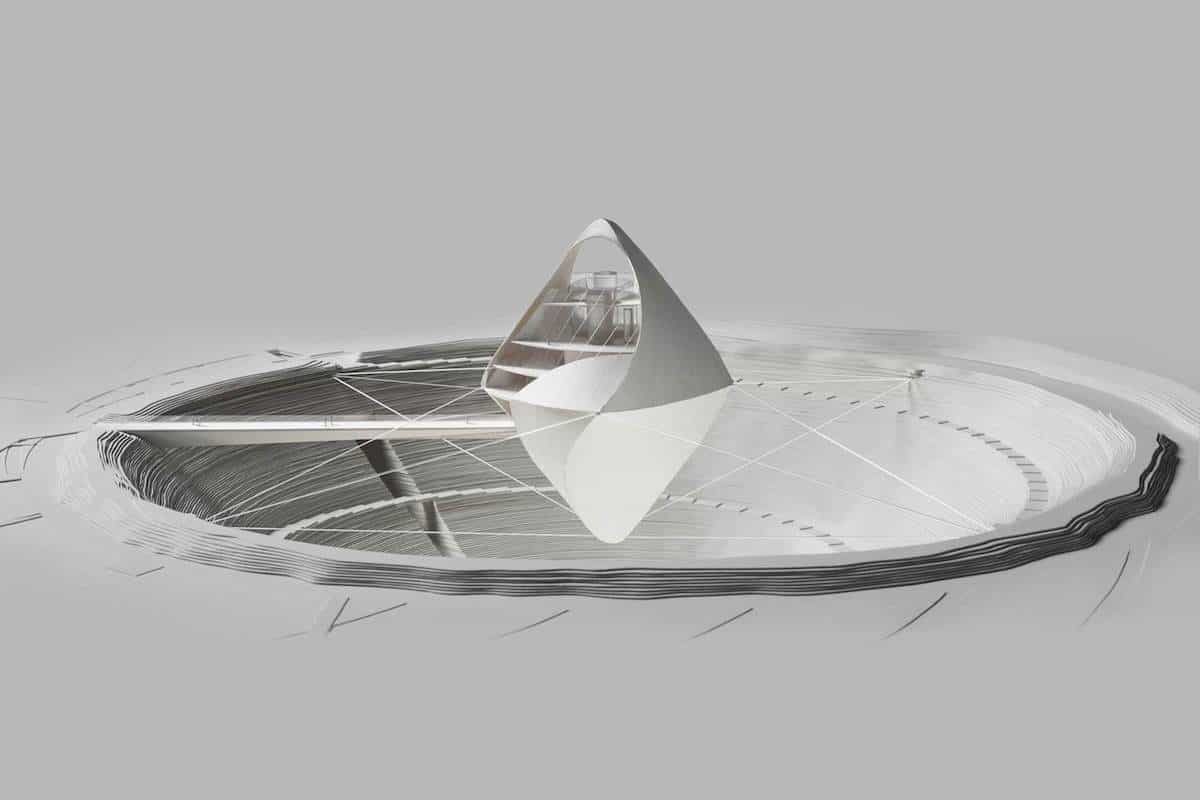 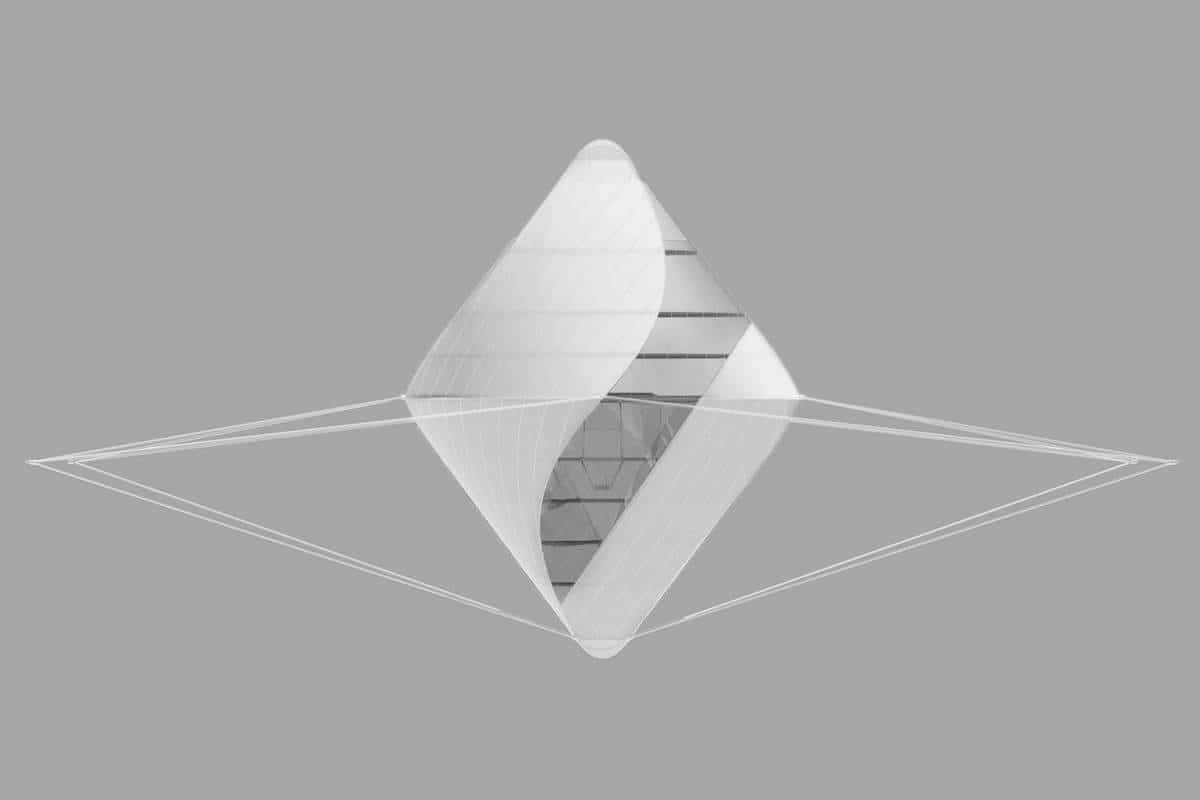 All images via Clouds AO.

Japanese Billionaire Vows to Bring Artists With Him to the Moon

The post Japan’s Planned Space Robotics Lab Looks Like an Asteroid Suspended Over a Crater appeared first on My Modern Met.