One can argue that modeling isn’t necessarily about the model itself, but the model being the canvas for the art that is fashion. But then you start to question, why can this art be created solely on a one-dimensional surface when the world is full of everything but one specific type? Does art imitate life or should life imitate art, as so many of us try to do? Following idols, strict diets, judging yourself for what you have or don’t have just because a piece of fabric does not fit you in the way it is glorified to.

Certain people in modern society have tried to end the glorification of one notion and not another, aiming to unify the differences to represent the world as it is – beautifully diverse. To end the expectations on beauty, to end its definitions, categorizations, sizes and measurements. This is a story of one model’s journey, fighting one enemy on two different fronts. Its name – discrimination.

Meet Jessica Jacinto! A model with Down syndrome reconstructing the standards of beauty 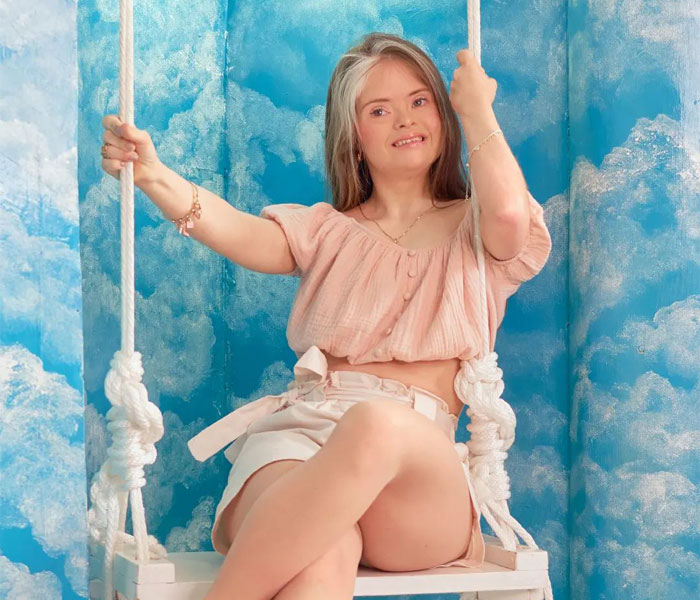 Jessica Jacinto is a 22-year-old model living in Valencia, Venezuela. What makes her different is the fact that she was born with Down syndrome, a condition in which a person has an extra chromosome. This extra copy changes the way the person’s body and brain develop, which can cause both mental and physical challenges. 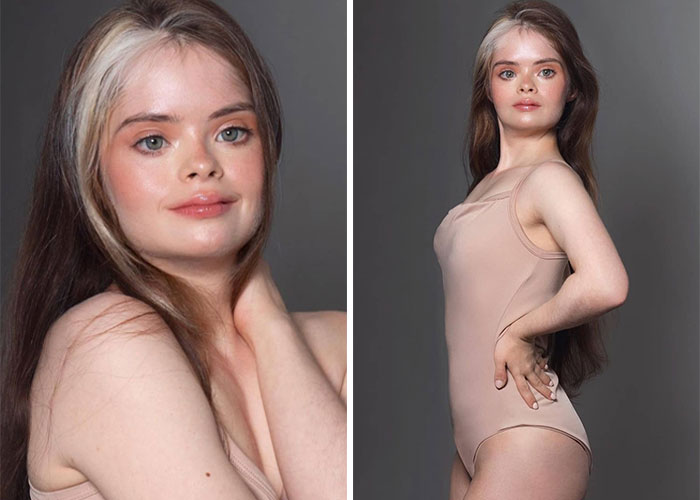 Despite it being one of the most common chromosomal conditions diagnosed in the United States, the discrimination of those that are ‘different’ is ever-present.

“People with Down syndrome have been subject to exclusion from society and from discrimination across the board – in educational settings, employment, and in their communities,” said David Tolleson, Executive Director of the National Down Syndrome Congress. “Much of it is due to a lack of understanding and education and exposure to people with Down syndrome.”

But this was not going to stop Jessica from achieving her dream of becoming a professional model.

The dream manifested when she was 14 and invited to participate in a beauty pageant, finding her true passion 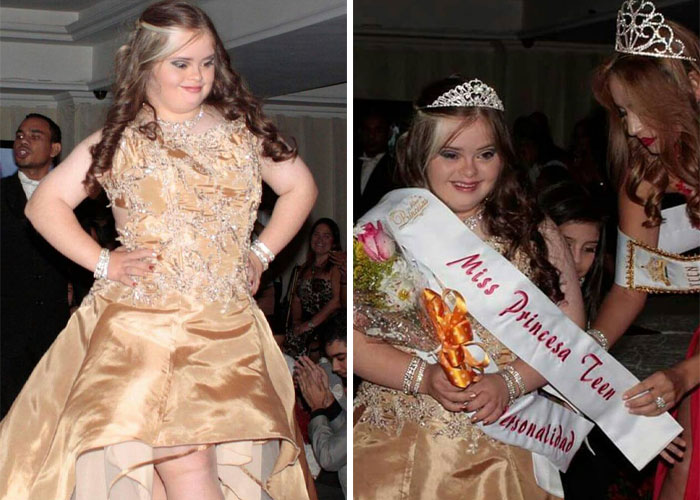 Jessica’s modeling journey began when she was 14. In high school, she practiced some sports such as gymnastics, swimming, and athletics, but they did not really make her happy.

Then her mother, Yanira, and Jessica received an invitation to a beauty pageant for girls with Down syndrome, which they accepted just to try something new. Yanira told Bright Side that as she saw her daughter walk the runway, she realized “this was her world.” 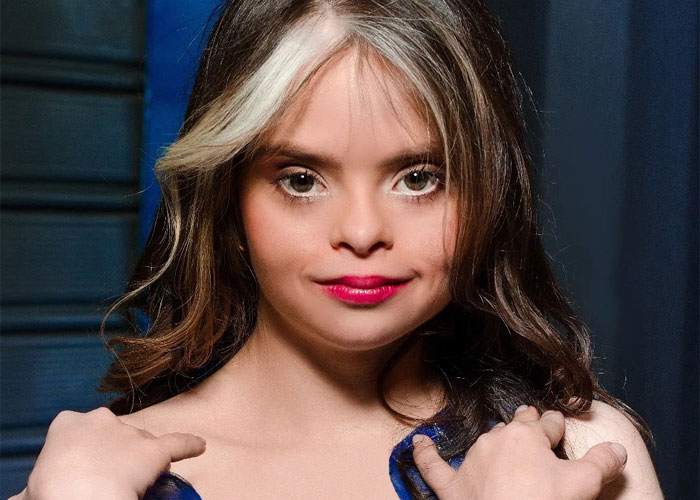 “For me, being a model is like studying a career that you like, that you are really passionate about,” said Jessica. “And even if you don’t believe it, it takes dedication and innovation to improve yourself. The minute I’m on the catwalk, I become someone else. It’s almost as if there was someone else inside me suddenly coming out. I feel empowered.” 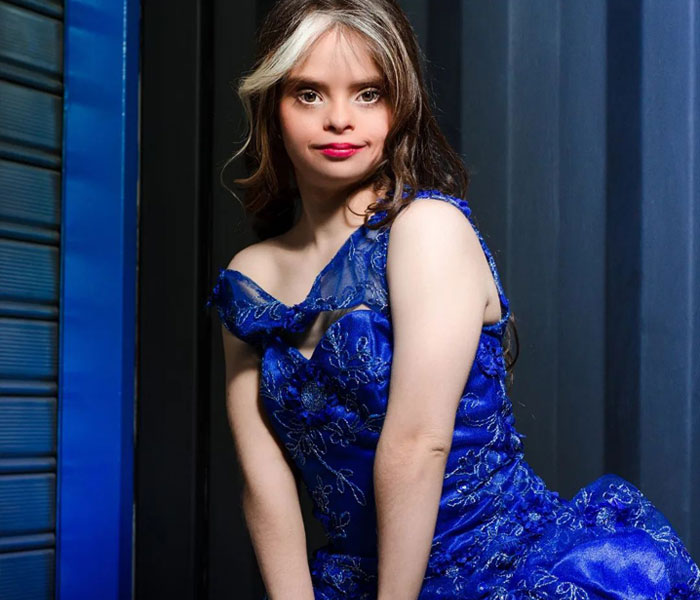 Everyone who’s worked with her had nothing but positive things to say, her motivation and charisma charming them all 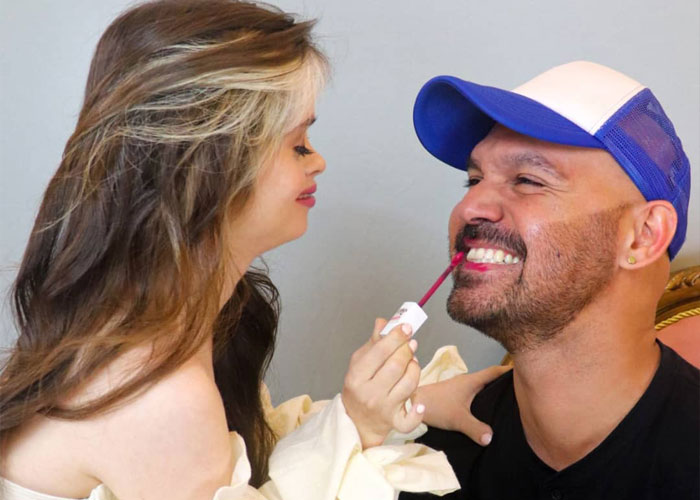 And, thus, she worked hard at it for 10 years, her mother – her biggest supporter – at her side. Yanira surfed all over Instagram, finding opportunity after opportunity for her daughter and managing her social media accounts.

To this day, she has taken part in many castings, being invited by local entrepreneurs and designers to model. They all described her positively, noting her great charisma and strength. 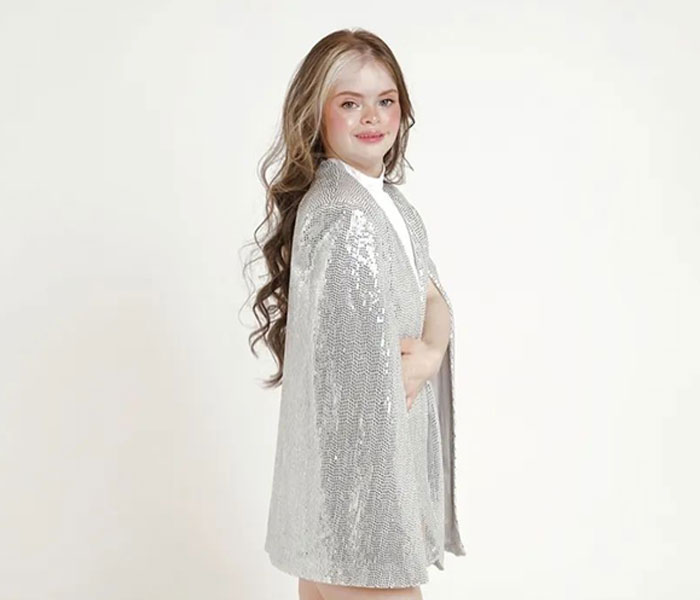 The road to success is never paved in rose petals; she and her mom have worked extra hard to get where they are today 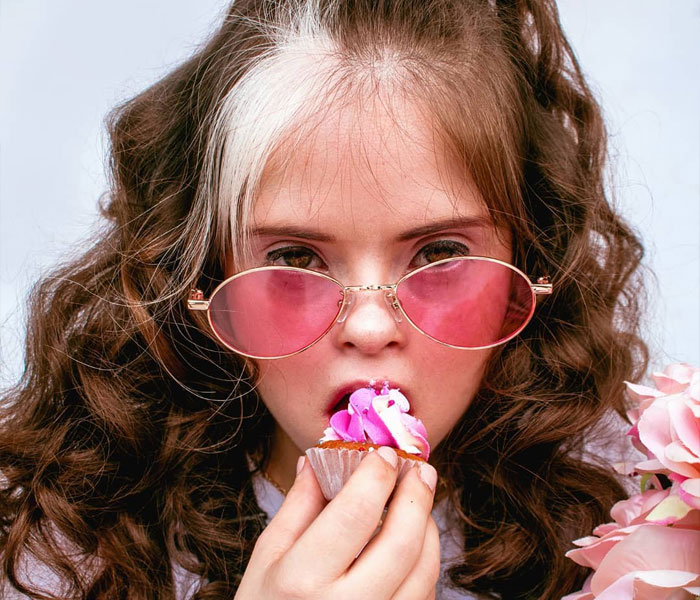 Yet, like anything else worth working for, it’s not been easy. Her mother expressed that “there is still a long way to go in Venezuela in terms of inclusion.”

A few big modeling agencies and brands have dismissed the girl, saying they’d call back, never intending to do so. However, it hasn’t kept Jessica or her mother back, instead motivating them to keep pushing forward. They believe in the dream, knowing in their hearts that it’ll be achieved one day. 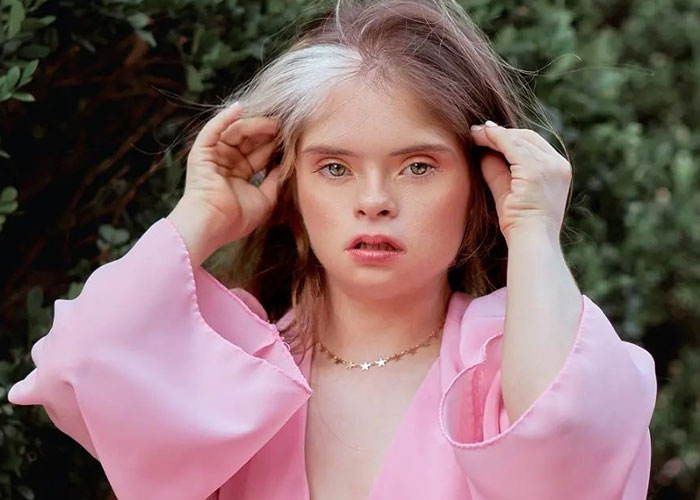 Modeling can be a dream that turns nightmarish, considering the strict requirements and a rigid perception of beauty 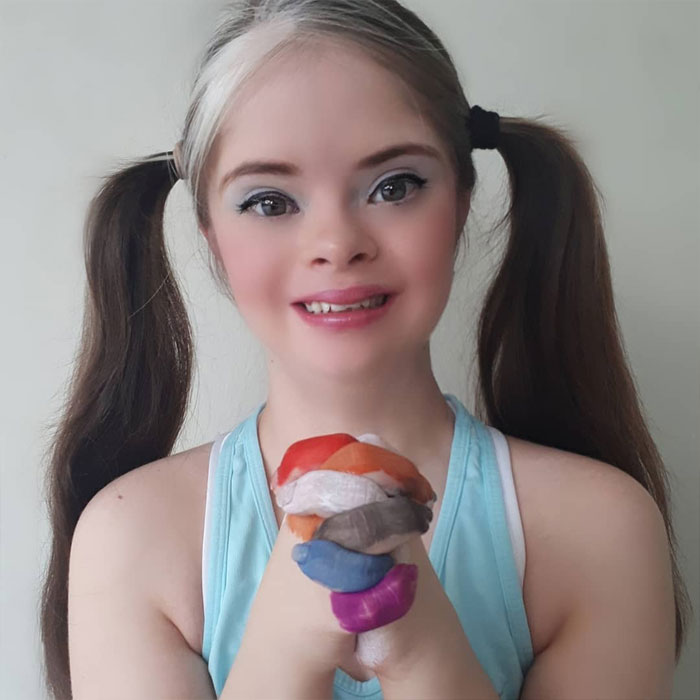 Modeling is a beast in its own right; controversies and debates filling the space, with seemingly baby steps being taken to better it for everyone involved.

Regardless, some strict measures are in place, with a model’s height, age and measurements always taken into account, no matter what niche of modeling they’re in. Yet, they seem to be also looking for something unique or different to set the model apart.

Equal representation and an end to discrimination are things models are fighting for, paving the way for future generations 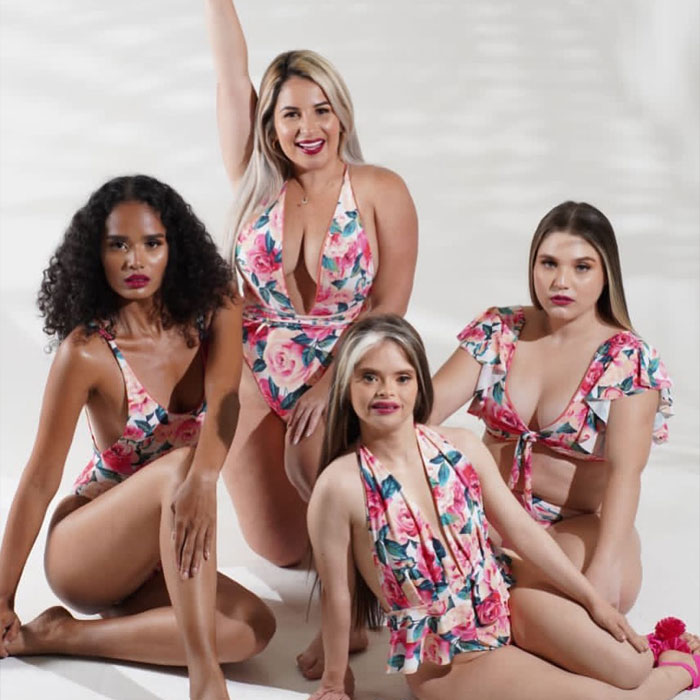 But one question stands – do you have what it takes? Considering the fact that the modeling business has suffered a culture of racism, fatphobia, and ableism, leaving the models themselves often the least influential people in the rooms they inhabit, what does ‘having what it takes’ actually mean?

The patience, the forms, the continuous need to become something different in order to take jobs? Many models these days are fighting to eradicate tokenism – recruiting a small number of people from under-represented groups – and have a fully inclusive range of models seen more often, and Down syndrome models should join that list.

Catalina Girald, the founder of Naja, told ABC News that brands and agencies are being more inclusive “because the world expects it of them and because they need to generate sales.” She continued to say that “in the process of doing it, things actually will change.” The motivations for inclusivity might not yet be the most wholesome or ethical, but people like Jessica are paving the way for those that will come after them, inspiring them to follow their dreams.

“We are different, but not inferior” – Jessica is also a verified member of the Venezuelan Red Cross 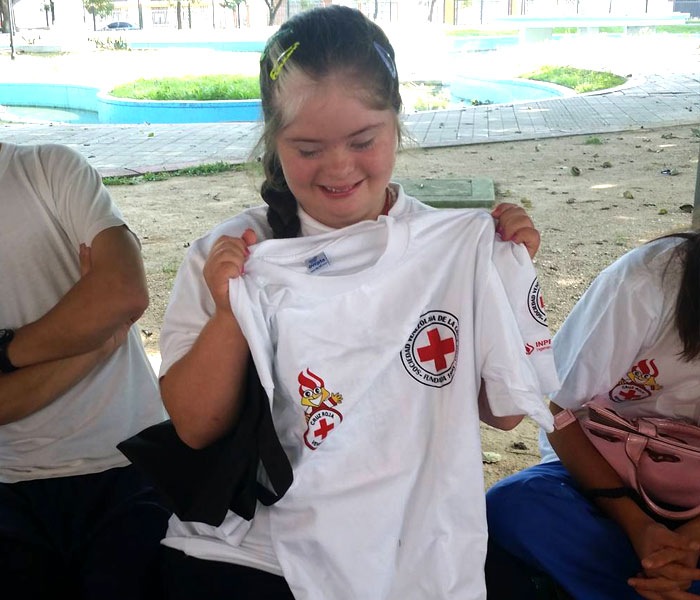 “We are different, but not inferior” was the name of a project Jessica participated in, becoming a certified member of the Venezuelan Red Cross.

She had the chance to share various activities with other kids with Down syndrome, saying she’d never had the opportunity before, always being included with regular kids. She continued to say: “the project showed me that I could do anything I set my mind to and that I could perform various activities. That is why I am in a dance academy, also in skating.” 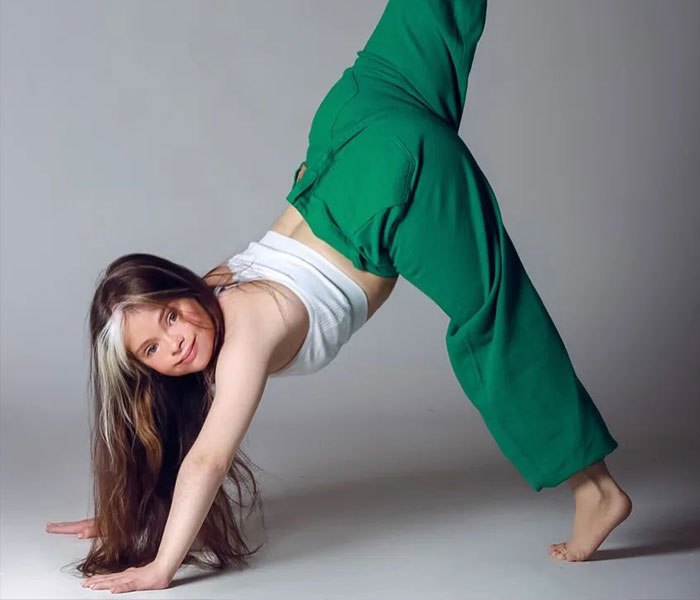 The bond between mom and daughter is very strong, both proud of their journey together and looking forward to the future 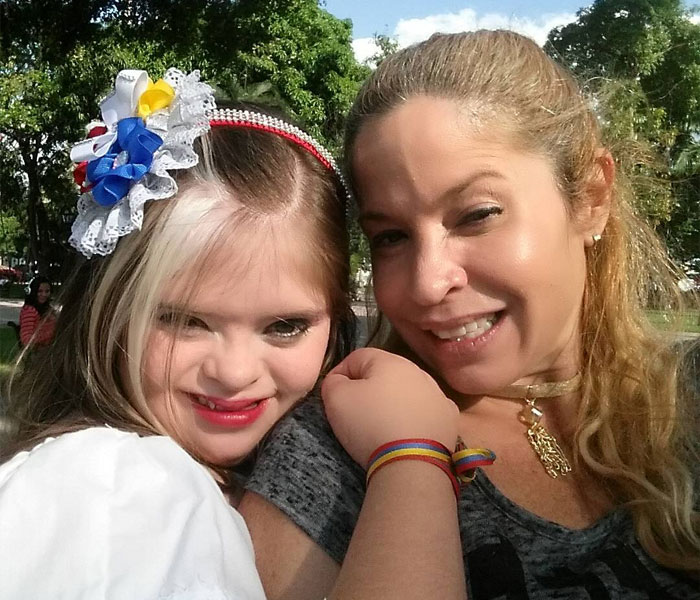 Regardless of their big dreams and many achievements, they strive to live the life of any regular person. Her mom said that her daughter’s “day-to-day life is like any other person’s: she goes to school, to extra-curricular activities, we don’t really make a big deal about modeling at home.” Yet, many other parents, inspired by their story, have written in asking for advice.

Yanira stated that it’s important not to be discouraged when something goes wrong, to pay attention to your child’s dreams instead of your own, and let them be themselves without comparison to others. Patience is key and “nothing is easy, but nothing is impossible either.”

Jessica is proud of herself and her journey, happy to see the joy of her parents for the great effort they’d put in: “they see that every day I work hard and I’m very disciplined, every day more and more. And of course, they see I’m happy, which is what they really want for me.” 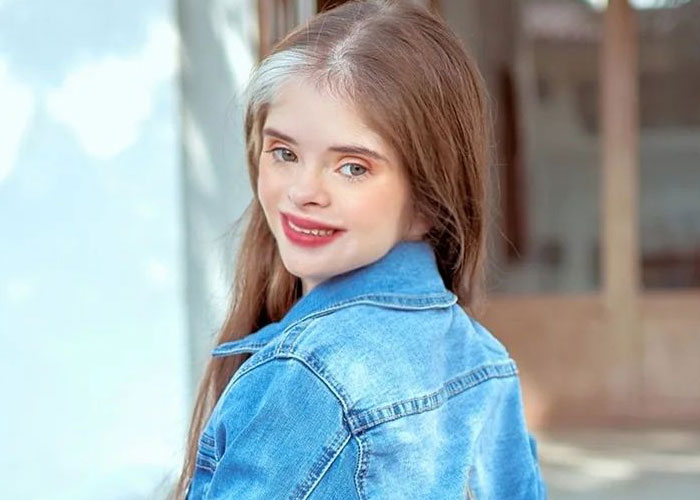 “Discrimination against people with Down syndrome, even in developed nations, is profound,” said Michelle Sie Whitten, Executive Director of the Global Down Syndrome Foundation. But little by little, change is happening in our perception and understanding, and, hopefully, it will lead to unconditional acceptance.

The strongest individuals are forcing change within the community, not allowing anything to hold them back, fighting the stigma and stereotypes of beauty. Representation is critical for people’s wellbeing, their self-worth, and knowing that they too can be the canvas for an artwork; that they are the artwork molding fashion around them.

Let us know what you thought of this story, where you think that the fashion industry can improve, and what you’re most excited about for the future of modeling? Thanks so much for reading and I wish you the best day!

Others are loving the girl, sending words of encouragement and praise. What did you think of the story?

The post Jessica, A Model With Down Syndrome, Is Shattering Beauty Standards And Paving The Way For Others first appeared on Bored Panda.