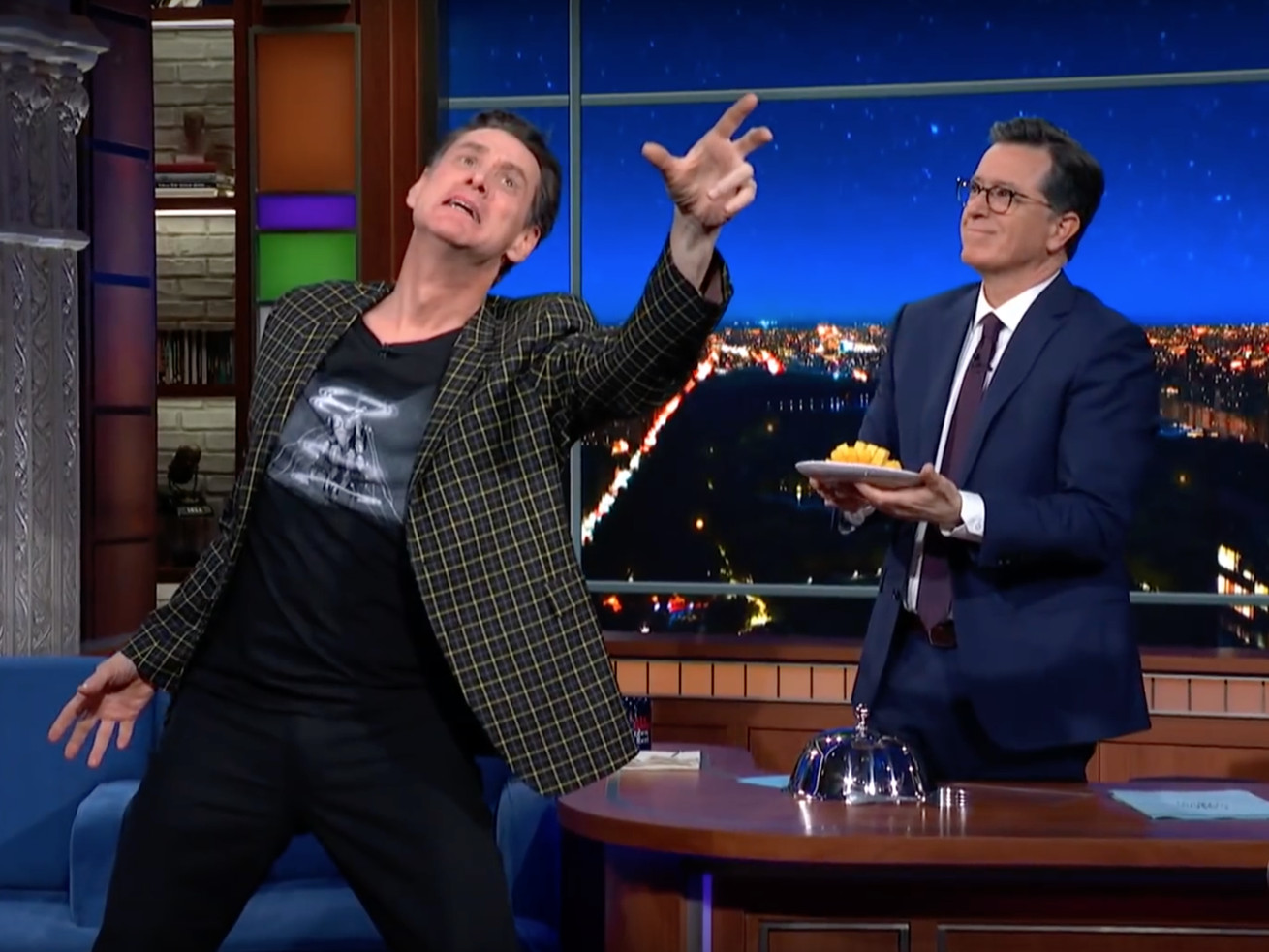 It goes without saying that Jim Carrey is one of the greatest forces of nature in the comedy world.

Like other comedy giants such as Robin Williams and Eddie Murphy, saying that Jim Carrey is funny just doesn’t cut it — it’s not just a trait or a talent, it’s more like a sixth sense or a superpower. His comedic prowess isn’t his only superhuman ability, however. It’s a well-known fact that Jim is also a god-tier dramatic actor, he’s proven that time and time again through his performances in films like The Truman Show and Eternal Sunshine of the Spotless Mind, and most recently, in his new Showtime series Kidding.

The man’s got some serious chops.

And on last night’s episode of The Late Show, Stephen Colbert wanted to see just how much Jim Carrey really has. So, reflecting on his past work in films like The Mask and Dumb and Dumber, Stephen gave Jim the opportunity to recreate some of his most iconic lines — but this time, put a little bit of that dramatic mustard on it. I won’t spoil it for you, but he did not disappoint — and he even flex his musical theatre skills.