The morning of September 15, 1930, was undeniably warm in Kansas. That summer had been the hottest ever recorded in the state. The heat had turned crops of corn into shriveled stalks and cracked earth stretched in all directions, with nothing growing to speak of but a few thin cottonwood trees. Enduring the heat, a team of delegates from the Kansas State Medical Board along with more than twenty colleagues and reporters, made a long and unpleasant journey from Kansas City to the sketchy little town of Milford on the banks of the Republican River. The delegates were there for a demonstration organized by Dr. John Brinkley, who was known as the “goat-gland doctor” for reasons that would soon become apparent. The members of the state medical board along with members of the press and other observing surgeons then squeezed themselves into a tiny operating room leaving enough room for Dr. Brinkley, his staff and the surprisingly calm patient who lay awake on the operating table. After the usual formalities were exchanged, the show began. 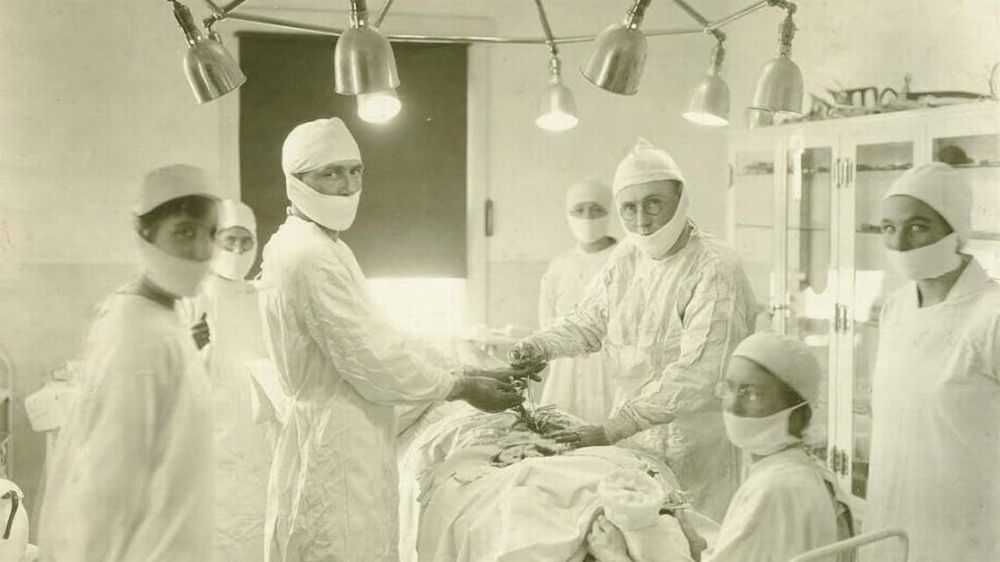 John Brinkley and his staff in the middle of an operation. Photo: Kansas State Historical Society