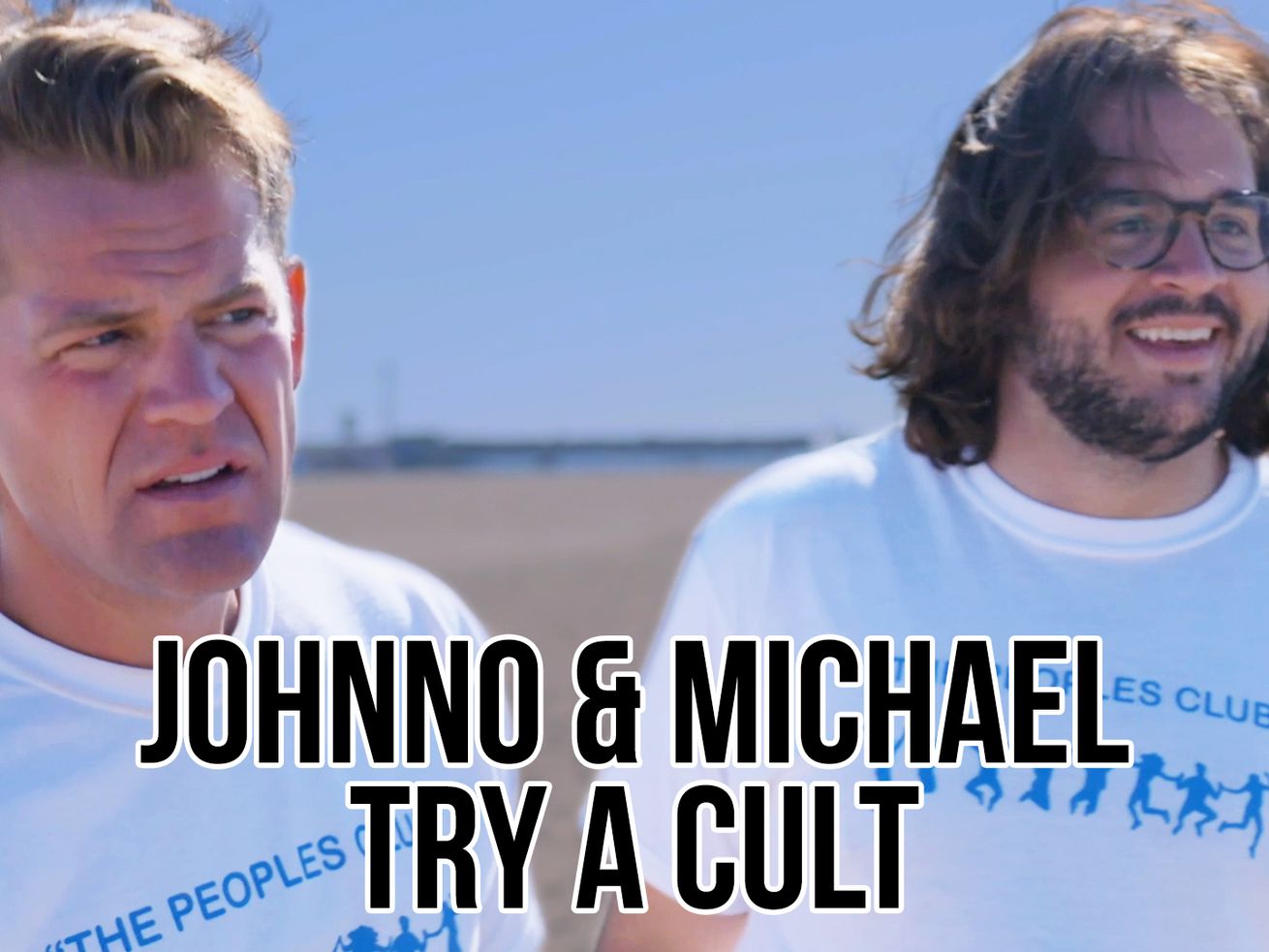 Johnno and Michael want a change of pace in their lives, so they join a cult. What could possibly go wrong?

Johnno and Michael thought they were joining a club, but it turns out – they accidentally joined a CULT!!

I mean, the boys should’ve been more suspicious when a man named John Henry Boone casually trespassed into their home and bribed them into joining The People’s Club (also – isn’t there a cult called The People’s Temple? What a weird coincidence!), but hey – Johnno just got fired, Michael doesn’t have anything better to do, and John Henry Boone is pretty charismatic – so they decide to give the cult – I mean club – a try!

At first, they’re having a pretty good time: Johnno and Michael get a new set of clothes AND a new set of friends (and as an adult – it can be SO HARD to make new friends!). Sure, none of their new friends seems particularly excited about their presence (especially once John Henry Boone names the two his new “favorites”), but nonetheless, they have new clothes, new friends, are are “favorites” – things are looking up for Johnno and Michael!

Things get weird(er) during the club’s exercise time: John Henry Boone starts to get handsy and low-key flirty with Johnno while they’re doing yoga poses – which Johnno is completely oblivious to – but luckily John Henry Boone’s advances get interrupted with Michael tries to unsuccessfully join a female-on-female “mating ritual.”

Unfortunately, Michael’s attempt to be part of their mating ritual gets them kicked out of the cult. They lose everything: their favoritism in John Henry Boone’s eyes, their friends that didn’t like them very much, and their clothes.

On the bright side: getting kicked out of the club did save them from being part of The People’s Club group suicide. So this story does have a happy ending (for Johnno and Michael – not anybody else).