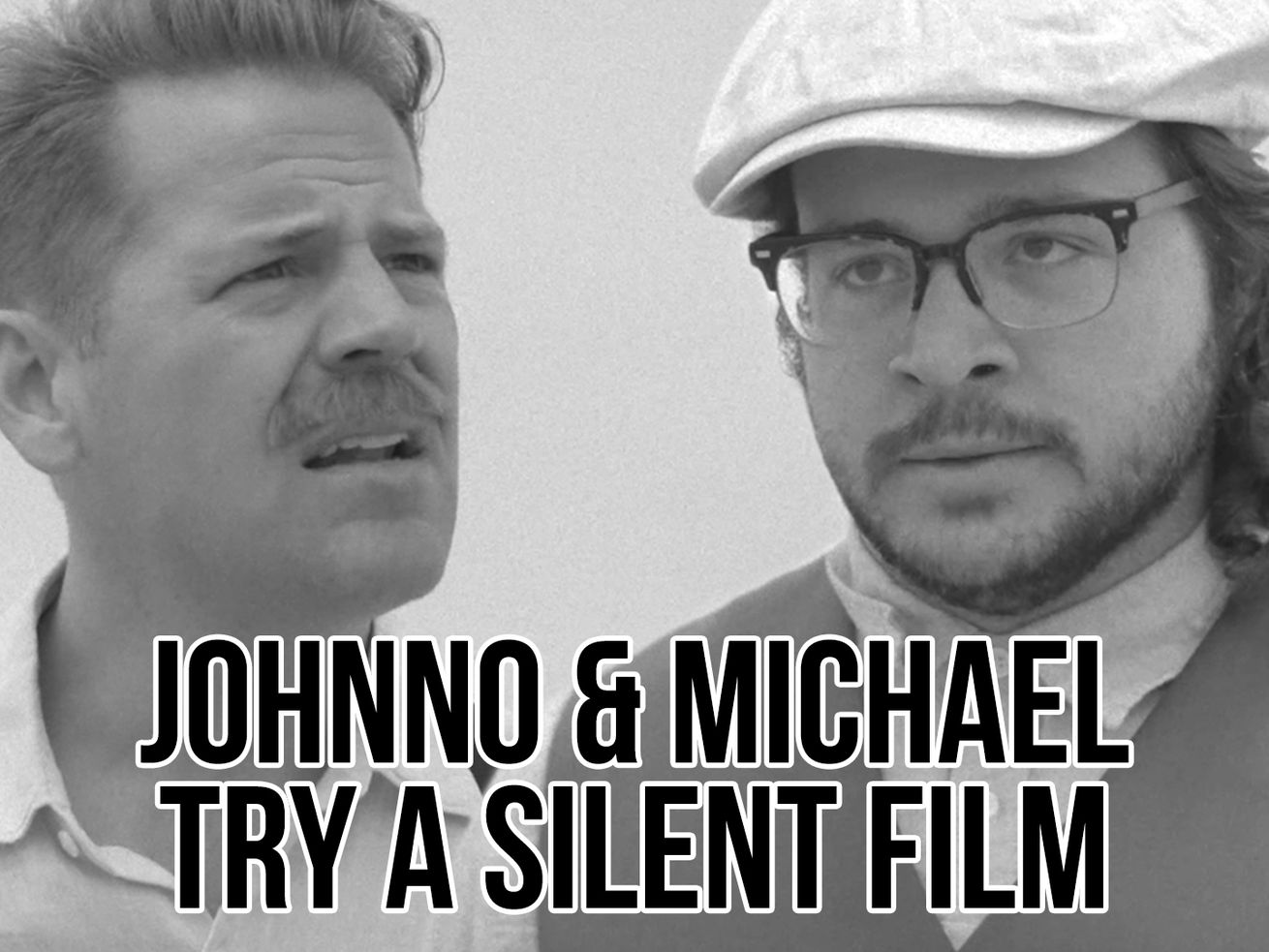 Johnno and Michael are trying to board the Titanic, but before they do, Johnno needs to address something serious with Michael.

Step aside Charlie Chaplin – this may be the most innovative silent film ever.

Johnno and Michael are about to board the infamous Titanic when suddenly – Michael starts acting a little bit strange. But luckily, Johnno and Michael aren’t just FRIENDS, they’re in a full on BROMANCE, so Johnno knows this mild change in Michael is likely due to a more sinister cause.

After a little prodding, and because Michael knows he can be vulnerable with Johnno due to their exceptionally tight and affectional relationship, Michael admits the truth: his significant other, Greta, is physically abusive.

Whoa – a silent film about a healthy male friendship AND domestic abuse!? WAAAAH!?

BUT THE INNOVATION DOESN’T END THERE – NO SIR: Johnno breaks this genre’s rules, and speaks with audible dialogue IN THE MIDDLE OF A SILENT FILM. He breaks this cinematic rule so he can plead with Michael to leave his abusive beau.

Will Johnno be able to convince Michael to leave Greta AND help Michael learn that he deserves to be in a happy, healthy, and non-abusive relationship? Or will they board the Titanic as planned, making this whole conversation moot? You’ll have to watch this week’s episode to find out.

If you or someone you know is experiencing domestic abuse, please contact the National Domestic Violence Hotline