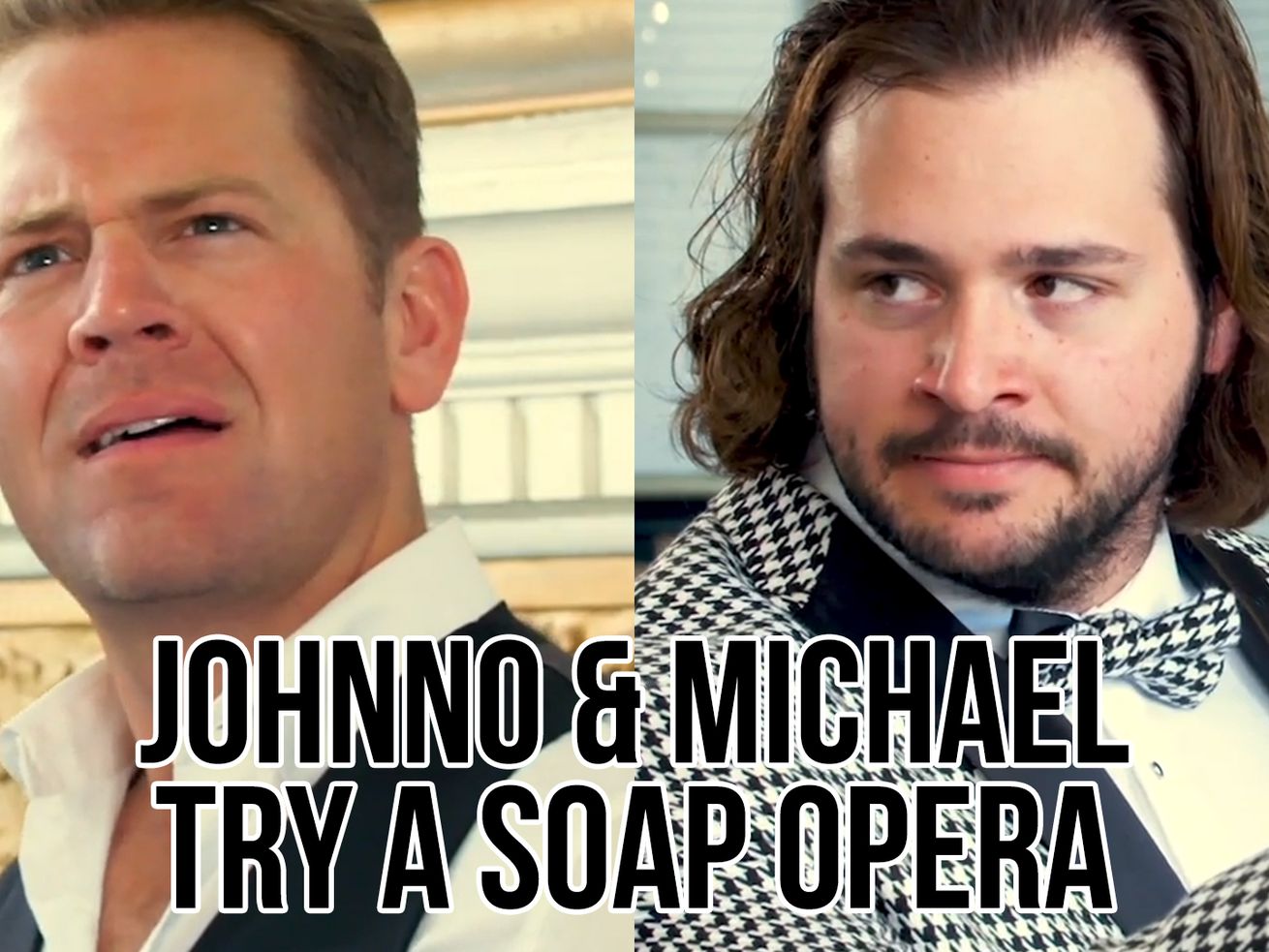 Deceit, murder, and evil siblings are just the beginning when Johnno and Michael Try a Soap Opera.

We thought we knew who Johnno and Michael were… until now.

In this episode, we discover that the guy Johnno has been hanging out with for the past week isn’t Michael – he’s actually Michael’s evil “twin” brother!! Dun Dun DUN!!

And even worse – it turns out Michael’s friend Johnno isn’t actually Johnno – he’s an evil twin that has kept the real Johnno tied up for the past 30 years!! OH MY GOD – WHAT IS GOING ON!?

AND TO TOP IT ALL OFF – both Johnno’s are actually imposters because JOHNNO IS ACTUALLY A WOMAN and her evil “identical” siblings have been masquerading as her THIS ENTIRE TIME!!

AHHHHHH! HOW IS THIS EVEN POSSIBLE!? Unless… maybe these three “evil twins” are only claiming to be either Johnno or Michael’s “evil twins” because they are jealous of Johnno and Michael’s comedic success AND ARE TEAMING UP TO ELIMINATE JOHNNO AND MICHAEL SO THEY CAN START THEIR OWN SKETCH SHOW!?!

At this point, any of these insane scenarios could be true, so you’ll just have to watch the episode to find out which absurd storyline is (and isn’t true).