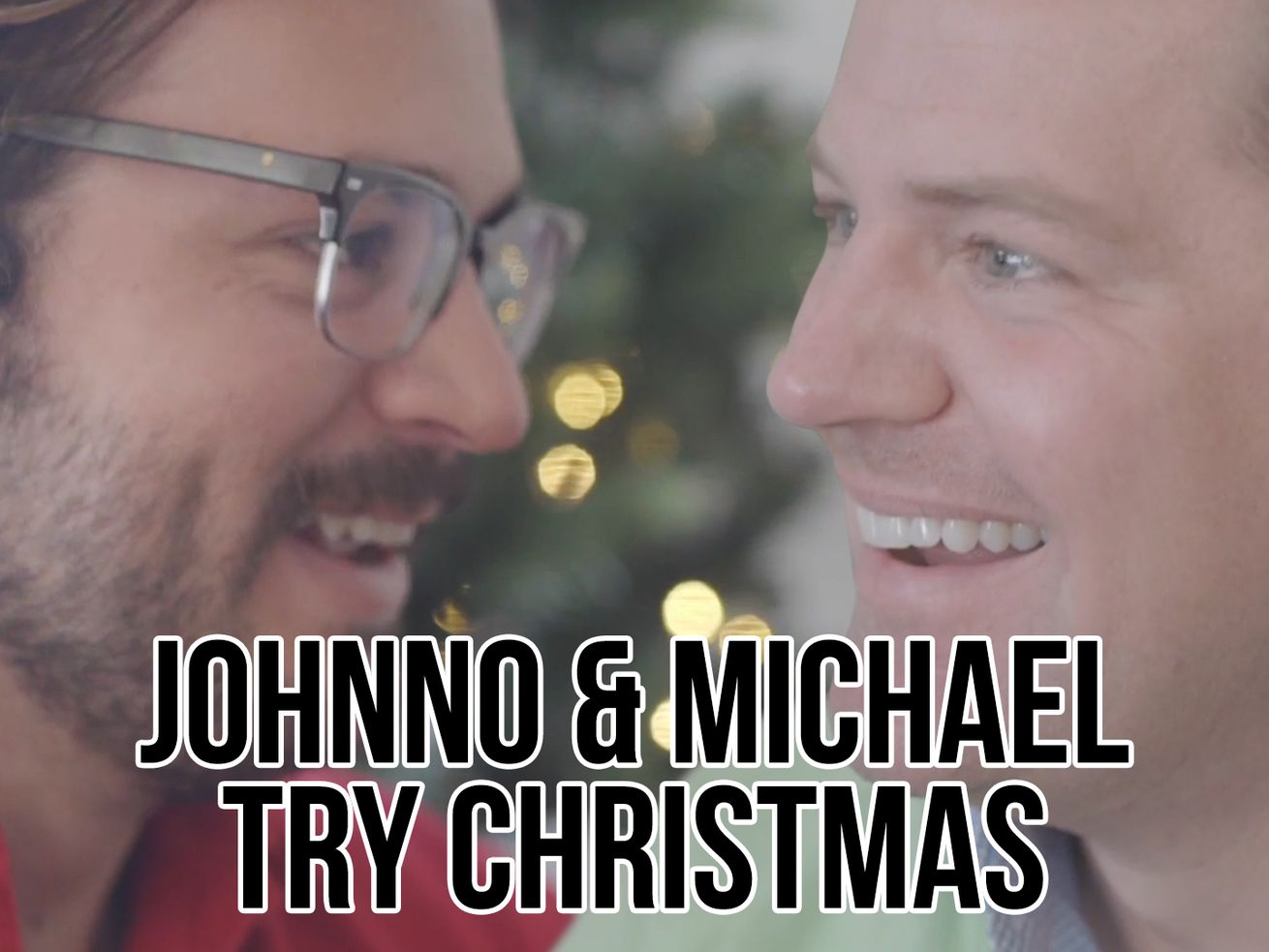 There has been a kidnapping on Christmas, so you know what that means: Johnno and Michael have to take ACTION.

THE MAYOR’S SON HAS BEEN A KIDNAPPED ON CHRISTMAS!!

Luckily, even during the holidays, Johnno and Michael are ready for ACTION. But before they can pursue justice, the boys gotta do a action-movie inspired slow-motion montage of cool poses and running in slow motion:

After their super-sexy montage is done, Johnno and Michael quickly track down and confront the kidnapper.

Thankfully, the mayor’s son is safe… but why wouldn’t he be? He’s not a kid, he’s a 36-year-old man who is significantly bigger than the extremely short kidnapper. Is this even a kidnapping!? THERE’S NO “KID” INVOLVED.

During the standoff with the “kid”napper, Franz Gruben, Johnno and Michael discover that Franz hates Christmas. In an attempt to deescalate the situation, the duo beg Franz to tell them why he hates the typically beloved holiday.

Though tensions are high, Franz opens up to them: when we was a boy, he was given coal for Christmas, EVEN THOUGH HIS SIBLINGS WERE JUST AS BADLY BEHAVED.

Oof. This totally explains why Franz HATES this holiday (but doesn’t really explain why he kidnapped the mayor’s son…). Can Johnno and Michael use Franz’s emotional vulnerability to save the day? You’ll just have the watch the episode to find out!