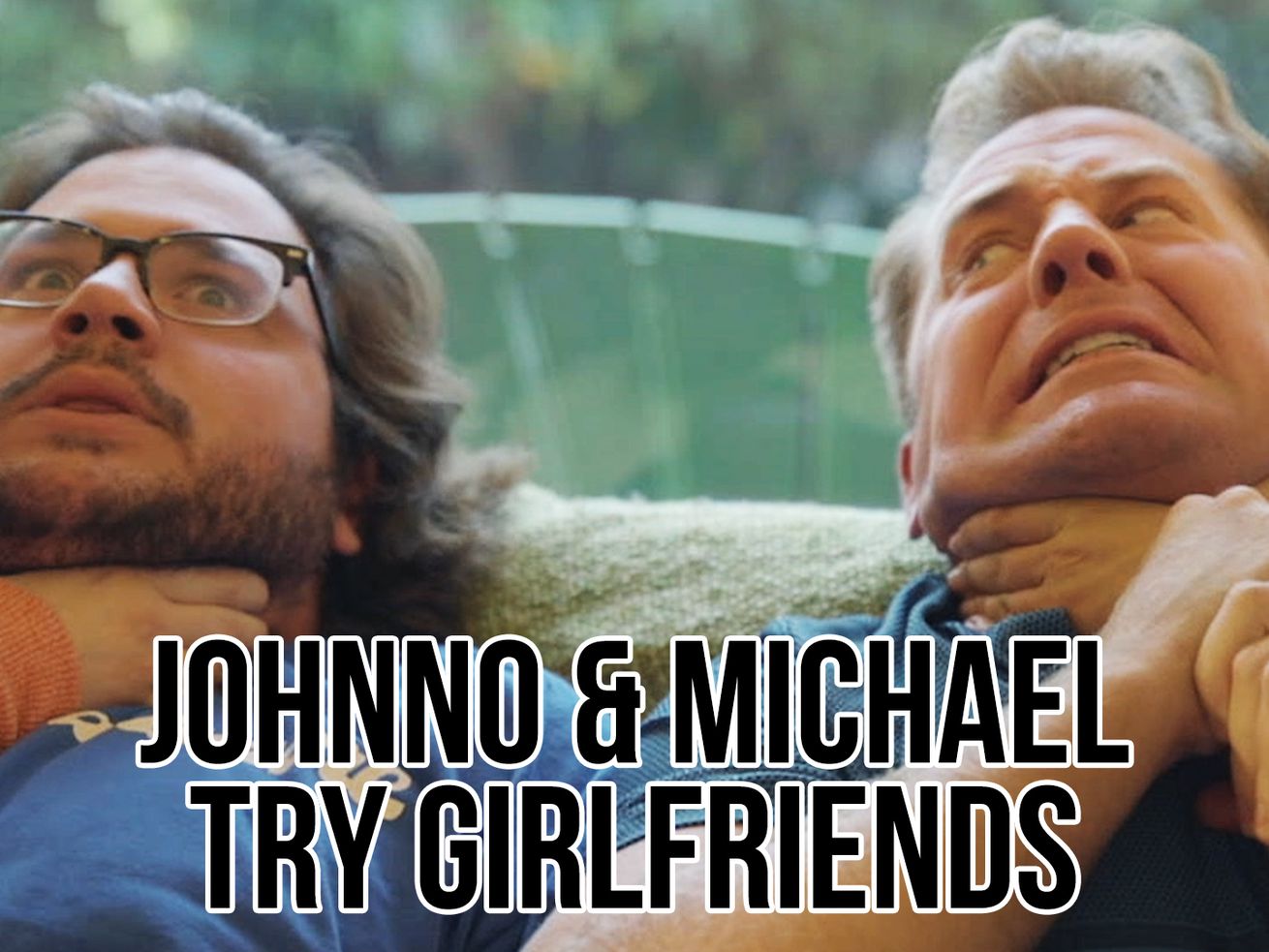 The guys are having both their gals move in at the same time… what could possibly go wrong!? (spoiler: everything)

Oh – and it gets better: THEY’RE ALL MOVING IN TOGETHER!!

And things are off to a good start: Johnno’s significant other surprises him with a new pair of pants, and Michael’s partner shows him the benefits of an air purifier. Everything is going great, until…

Picking out what to watch is already difficult enough when you’re alone, but trying to pick one film that’ll please four people – MADNESS.

For a moment, the potential movie-mishap crisis is averted when Jenna and Georgia suggests Hope Floats (staring Sandra Bullock!) and everyone is into it… except Michael.

Once Michael speaks out, Johnno agrees, and the two make the unfortunate mistake of critiquing Sandra Bullock’s performance in the film. Turns out, Jenna and Georgia are HUGE ride-or-die Sandra Bullock fans go ape-shit on the boys.

Should we have sympathy for Johnno and Michael being so brutally attached by their girlfriends? Honestly…. no. If the duo were truly good boyfriends, they would have been very aware of Jenna and Georgia’s *probably unhealthy* obsession with all things Sandra Bullock (and would have been more thoughtful about how they spoke about the adored actress).