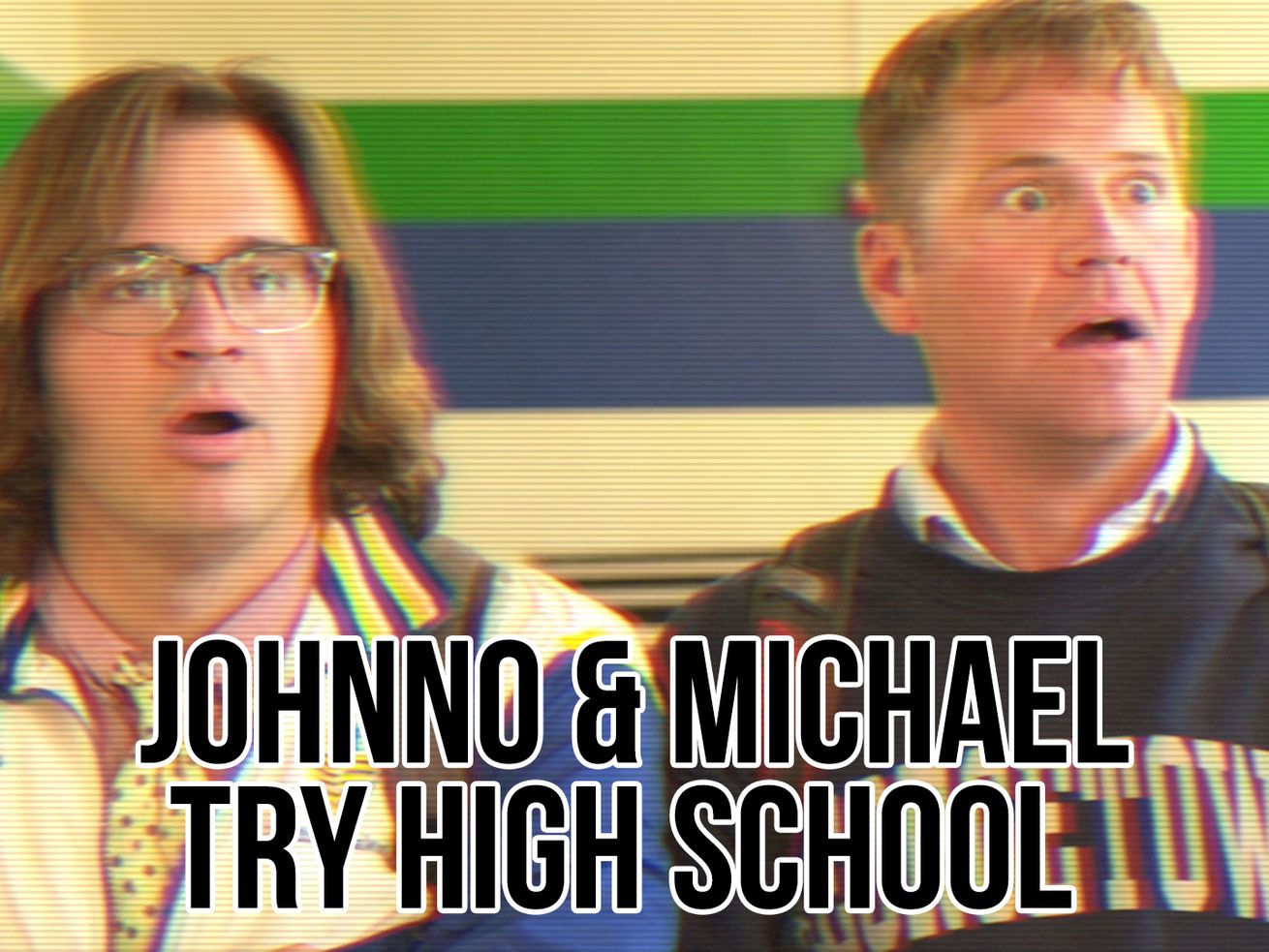 Johnno and Michael are making a recruitment video for their high school!! The only problem? The other students keep interrupting them!

The “interruptions” start off normal: a high school bully “Jonny Black” intentionally walking through a shot and star athlete Brock Palmisano hitting Johnno in the face and Michael in the nuts with a football. But then the interruptions start to get weird when they mess up a shot due to their crushes walking by: Johnno fancying the popular Vanessa Babooski and Michael captivated by the Math teacher… which (for legal reasons) we do NOT endorse.

We really start to slide down the slippery slope of weirdness when school Goth Violet Everdeen threatens the dark forces of Satan on Johnno and Michael, which is quickly followed by Coach Rackford talking about the boys’ “athletic” legs a little too much (not in a creepy way, but he just overdoes it – which is just as bad). But what finally breaks Johnno and Michael’s will to put any further effort into the recruitment video is when the school’s Amish student Olga Slitski asks where the drinking water well is.

OLGA, IT IS 2020 – TOO MANY KIDS HAVE FALLEN INTO WELLS AND YOU’RE STANDING NEXT TO A WATER FOUNTAIN. GET IT TOGETHER OLGA!!