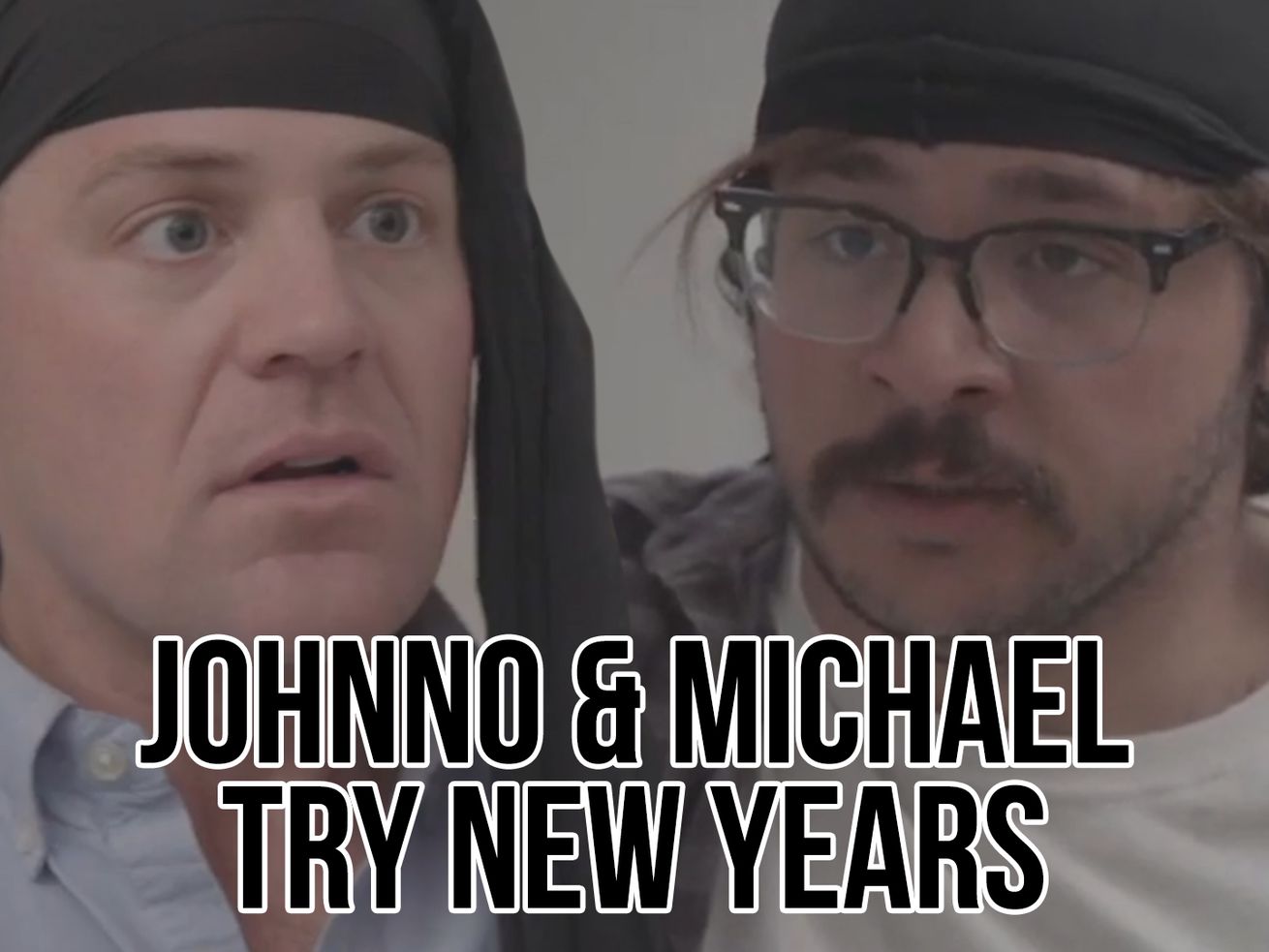 Johnno and Michael didn’t do ANY of their New Year’s resolutions, AND THE YEAR IS ALMOST OVER. Thankfully they have eight hours – but can they get everything done in time!?

JOHNNO AND MICHAEL HAVEN’T DONE ANY OF THEIR NEW YEARS RESOLUTIONS – AND THE YEAR ENDS IN A FEW HOURS!

Despite the time-crunch, Johnno and Michael decide they’re going to try completing all their resolutions in eight short hours.

Surprisingly, the duo is able to knock out a lot of their resolutions fairly quickly. However – because the boys are in a rush, they accidentally misread, “meet Rob at the bank” as “rob a bank” and accidentally commit a felony crime – whoopsies!

Will Johnno and Michael be able to resolve all their resolutions before the clock strikes midnight? How come stealing almost 200K in cash was enough to pay off Johnno’s debt, but not Michael’s? You’ll just have to watch the final episode of Johnno And Michael Try to find out!