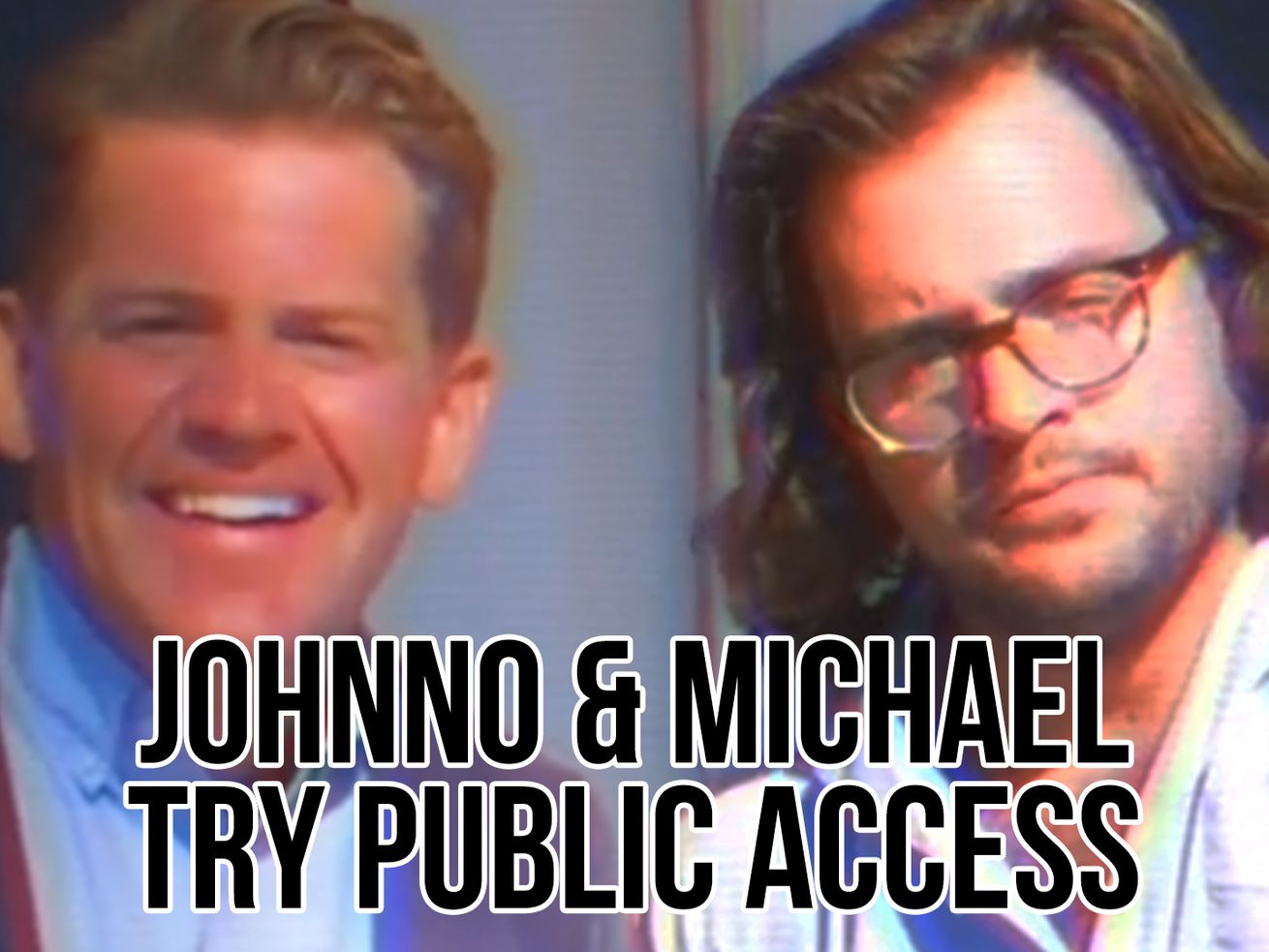 In this episode of Johnno And Michael Try, the duo produces a public access show that’s about learning and positivity. The show starts off promising… until a very distraught, Mailman Mr. Strassner, shows up and confesses felony offense on public television.

Unfortunately, Mailman Strassner’s crime isn’t something we can laugh off like being drunk on public or stealing a yard gnome… HE CONFESSES TO FIRST DEGREE MURDER ON A LIVE PUBLIC TELEVISION SHOW GEARED TOWARD CHILDREN. OH MY GOD MICHAEL WHY WOULD YOU DO THAT?!

Our soon-to-be-criminally-charged friend Michael proceeds to tell a very young and impressionable audience (in unfortunately great detail) that the man he hit with his mail truck SEVEN TIMES had been sleeping with Michael’s wife for the last five years, and our formerly-beloved Mailman had been stalking this man and planning his demise for a long time.

Yikes. Will the broadcasting network be legally and financially responsible for their young audience’s future therapy? Will Mailman Strassner be able to get his crime lessoned by pleading insanity? More importantly, will this moment be the ruin of Mr. Wilson’s Cul de Sac!, or instead be the greatest educational moment in public access history? You’ll have to watch this week’s episode of Johnno And Michael Try to find out!