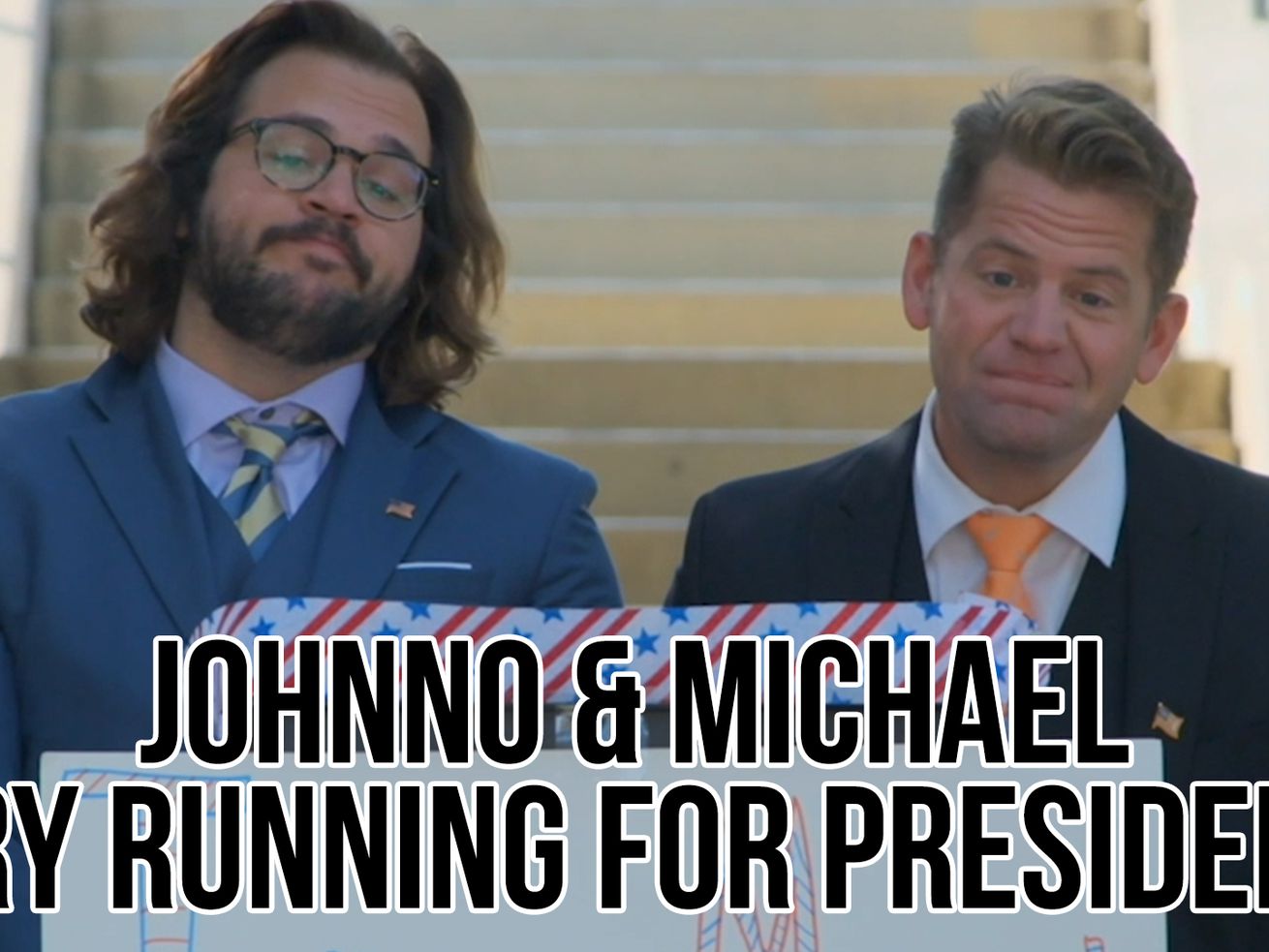 Have either of these guys ever held office? Nope, but neither has the current president… so I guess they’re qualified for the job!

Being president is a HUGE job for one person – and that’s why Johnno and Michael are running together to be your next president!

Is it legal for them to run together? lol, nope.

Did anyone ask (or want) them to run for office? Haha, absolutely not.

Is that going to stop them from pursuing the highest office? OF COURSE NOT.