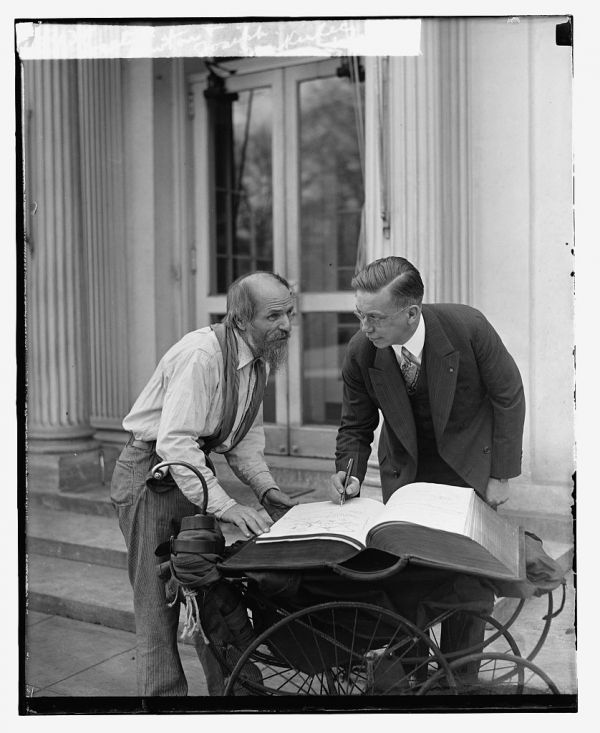 Joseph Mikulec is not a household name these days, but 100 years ago, he was a celebrity that you might meet on the street. He was famous for walking all around the world, collecting autographs. Born in 1878 in Croatia, Mikulec began hiking the world around 1900. He told people he met that a publishing company in Croatia had offered him big money if he would walk 25,000 miles and write about his experiences. We don’t know how true that was, but he walked six continents and collected autographs of famous people. The more publicity he received for the stunt, the more access he got to the movie stars, political figures, sports stars, and wealthy movers and shakers whose signatures he sought.

In the 1920s, Mikulec walked across the US, adding autographs and eventually becoming an American citizen. He compiled his autographs, along with travel souvenirs and newspaper clippings, into a huge volume that weighed 60 pounds. Still, relatively little is known about Mikulec, including anything at all after 1929. But the book of autographs has resurfaced, and is now for sale. Read what is known about Joseph Mikulec, the “Globe Trotter,” at Smithsonian.