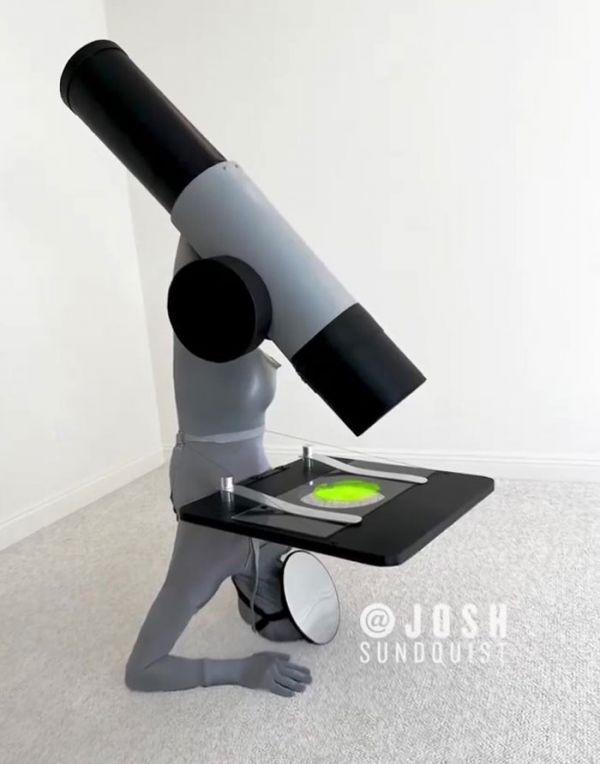 Josh Sundquist has become a legend for his clever Halloween costumes that always incorporate the fact that he has only one leg. We’ve posted almost all of them over the years. Today he revealed what he’s been working on for 2021. He’s a microscope!

You have to wonder where the inspiration for this came from. Does it have a hidden meaning, or did he decided to do it because it’s difficult? Sundquist has made himself into inanimate objects before, like the leg lamp and the IHOP sign. The Pixar lamp is definitely animated, even though it’s a lamp. Oh yeah, and then there was the Christmas tree, which was featured in a rather hilarious video that runs through Sundquist’s previous costumes. -via Bored Panda