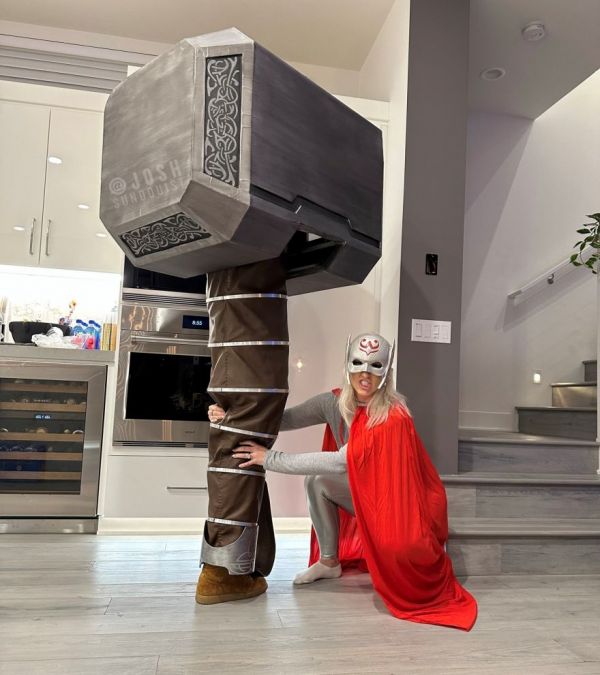 I can’t believe it’s already November and I just now remembered to look up Josh Sunquist’s Halloween costume! Sundquist always designs creative costumes around the fact that he has only one leg. This year, he was Thor’s hammer, Mjölnir! The costume was built by Calen Hoffman of Propcustomz. Watch as he puts the costume on in this video. It’s a couple’s costume this year, as you see his wife Ashley dressed as Thor. Sundquist quipped that people tell him he looks like Loki (as portrayed by Tom Hiddleston), but he thought he more resembled Mjölnir. And so he made it happen.

Yes, he can see out of it through a small screen on the end of the hammer head that’s not visible in the above picture. The front is also removable. You can see a recap of all of Sundquist’s viral Halloween costumes at Bored Panda.