Every year, Josh Sundquist goes all out for Halloween with a costume that incorporates the fact that he only has one leg. We’ve posted many of them here.

Back in 1995, when Sundquist was battling the cancer that took his leg, he expressed a desire to meet Disney animator Broose Johnson, because he wanted to grow up to do that same job. The Make-A-Wish Foundation arranged for 9-year-old Josh to meet Johnson and take a tour of his studio. It turned out Johnson is a double amputee himself. Oh yeah, Johnson is the animator who brought the Genie to life in the movie Alladin.

For his 2018 Halloween costume, Sundquist collaborated with Johnson and a professional custom fabrication company to turn him into the Genie from Aladdin! Continue reading to see a video of how it was accomplished. 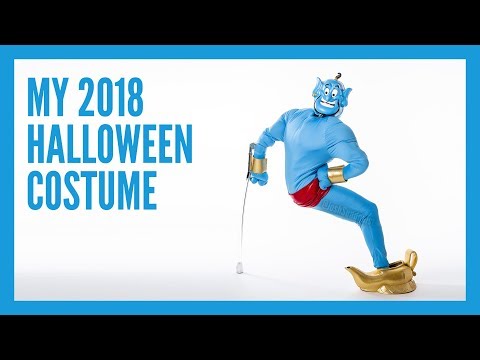