Let’s just put it out there: working with clients and meeting them face-to-face is no easy walk in the park. Whether it’s irrational demands, disgruntled complaints, or baseless accusations being thrown at you without a care in the world, there are bound to be some unfortunate situations. Entitled customers can really test your limits, but only if you let them.

A few days ago, Redditor PracticalDadAdvice created a post about encountering an unhappy customer at his repair shop where he employs local kids to teach them skills. When a woman came in to fix her busted electronics, the result didn’t live up to her standard. She became more and more irritated while listening to the user’s calm tone, and she even asked, “Do you know who I am?”

Well, the shop owner didn’t, but his problems didn’t stop there. The customer’s check bounced and inspired her to become even more bitter. She decided to act all maliciously and came back to the shop with quite a few heavy bags filled with loose coins. However, while the woman proudly dumped them on the front desk, it seems she didn’t think her plan through. Read on to find out how the story unfolded and tell us what you think about it in the comments!

Recently, a repair shop owner shared a post of how an unsatisfied customer went way too far and tried to pay her bill with loose pennies 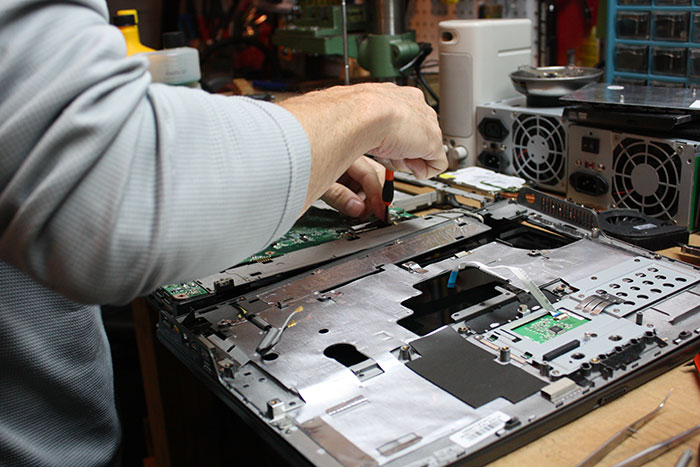 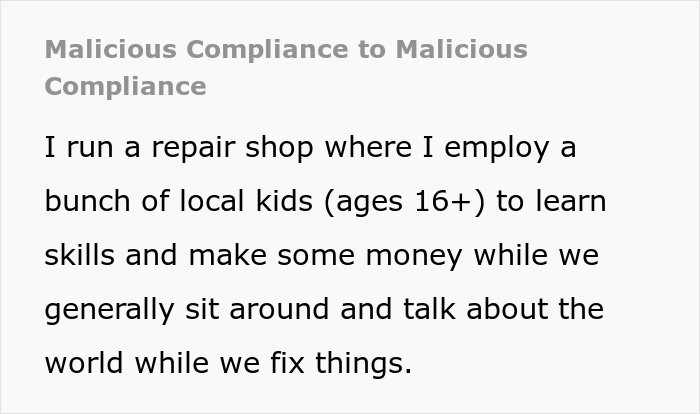 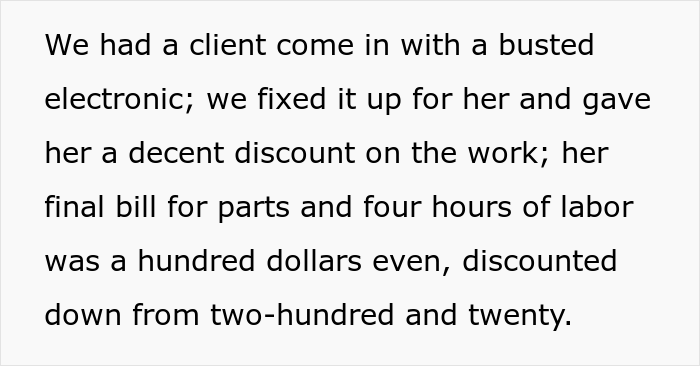 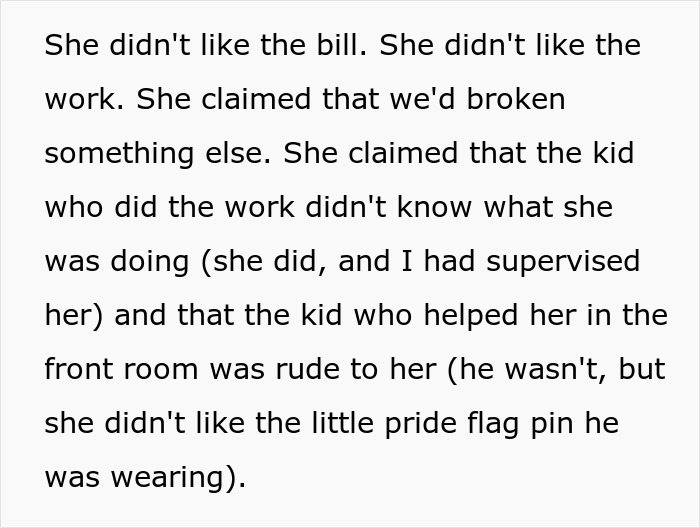 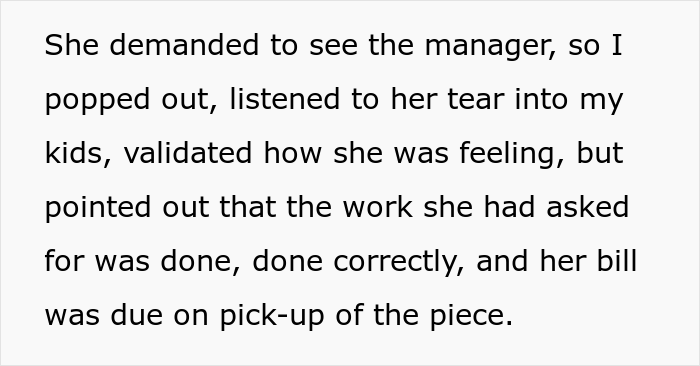 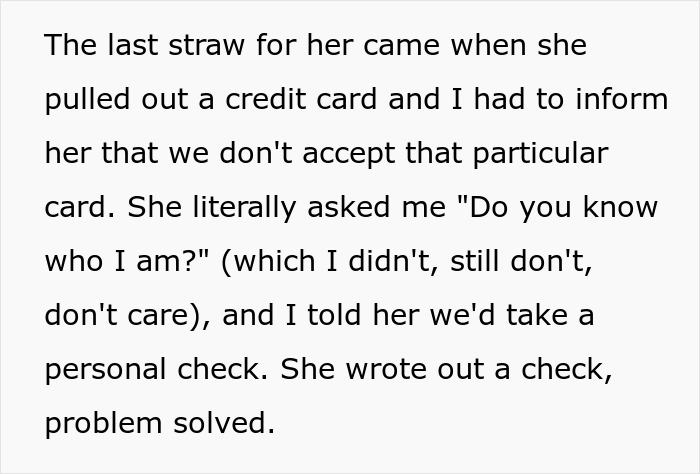 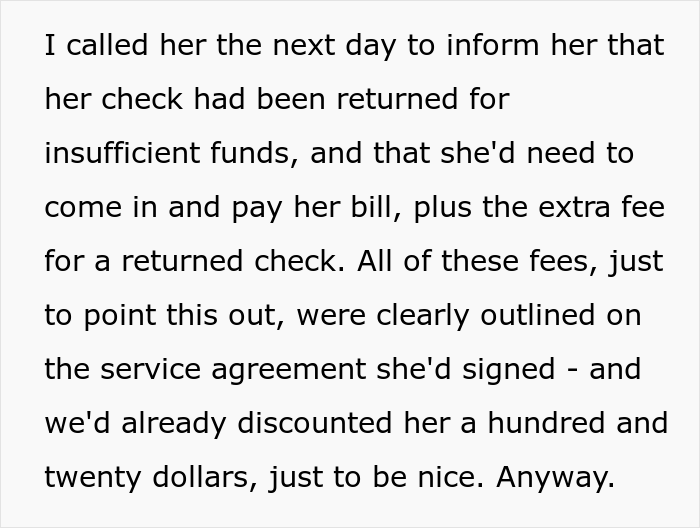 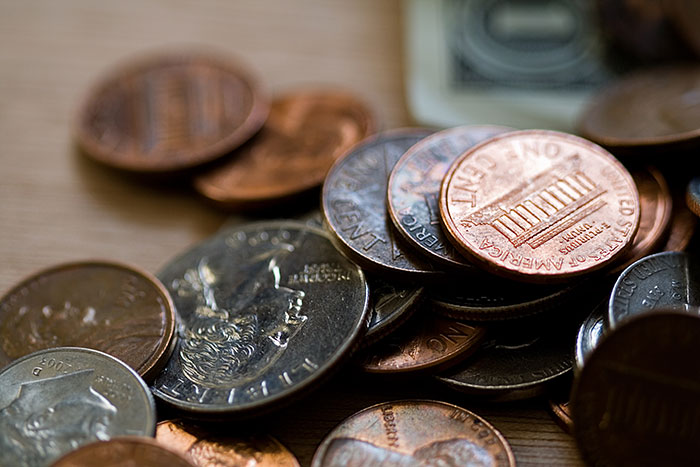 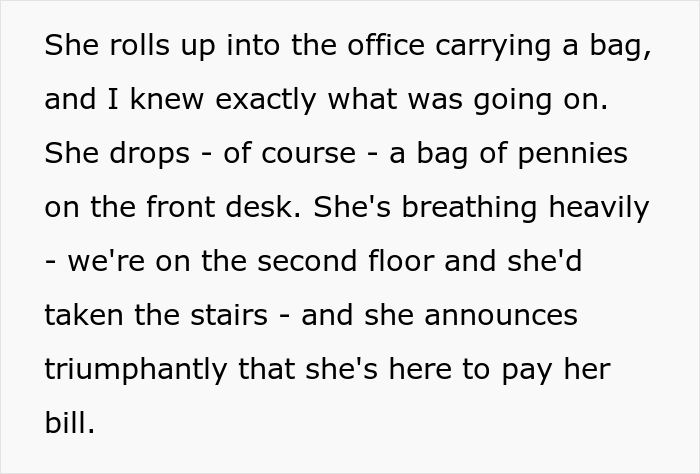 Instead of arguing with the woman, the user maliciously complied 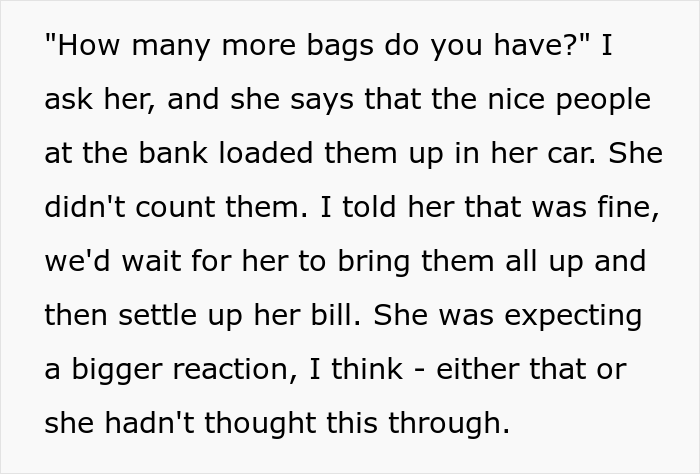 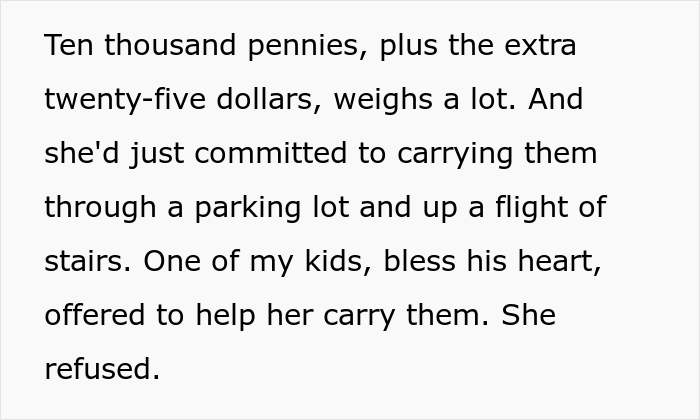 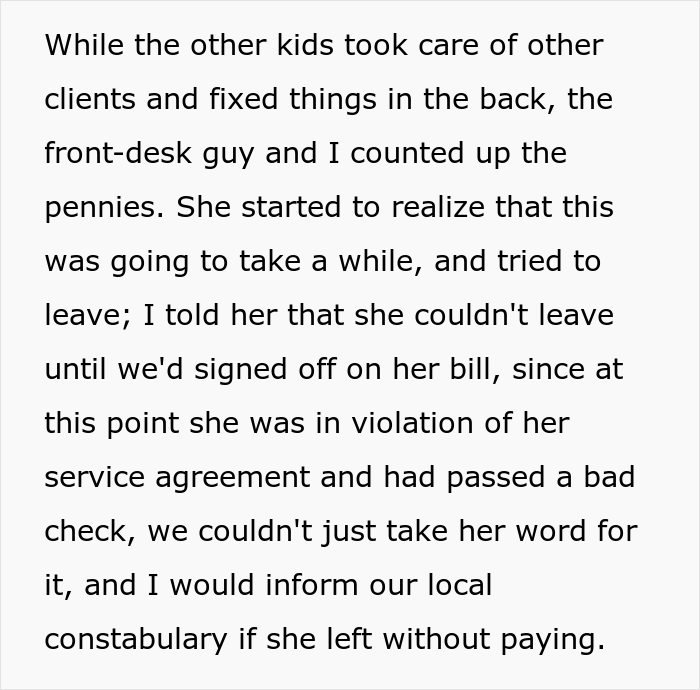 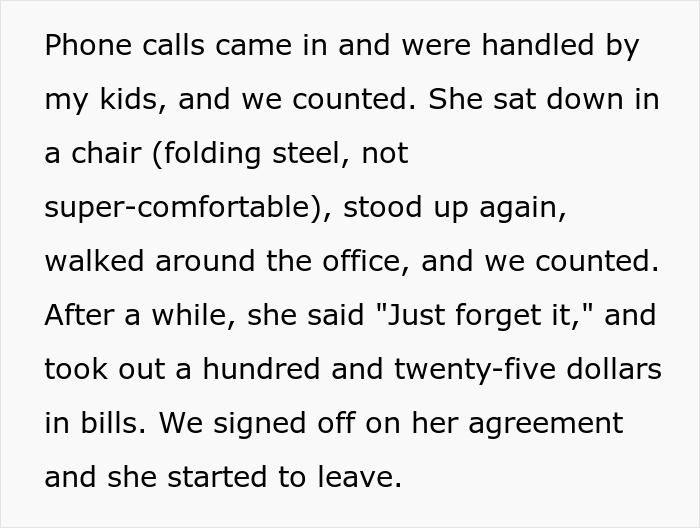 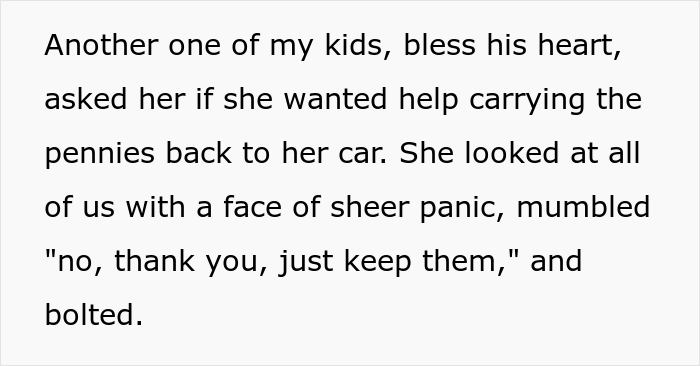 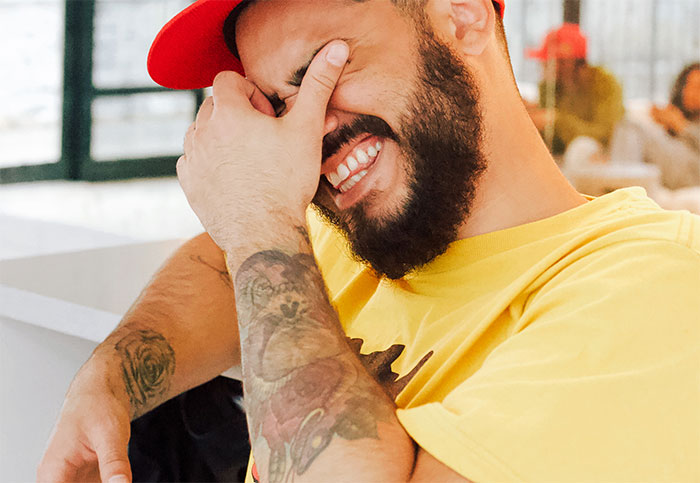 This whole situation left the workers in stitches 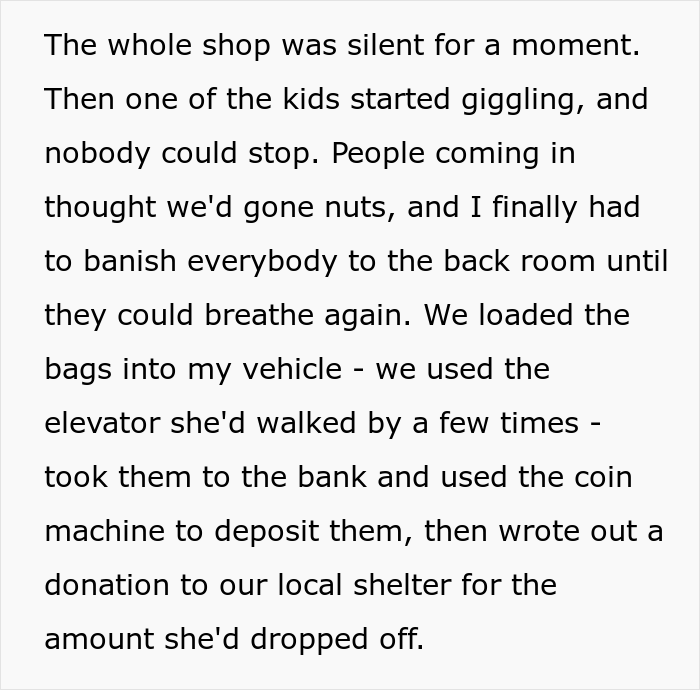 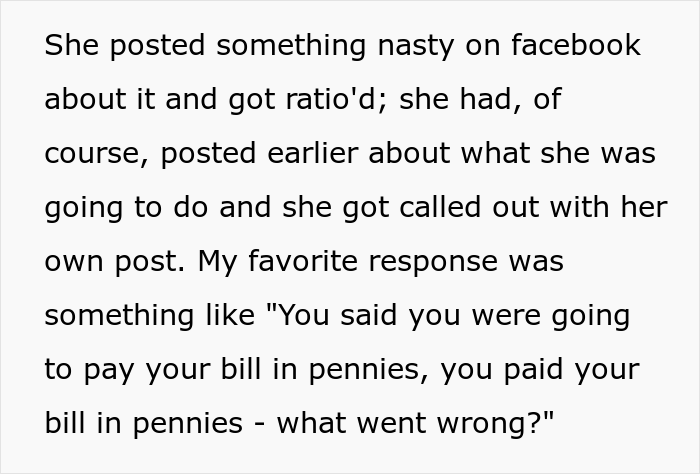 PracticalDadAdvice’s story has amassed over 20K upvotes and nearly 800 comments at the time of writing. The user later revealed in the comments that he did not expect this post to blow up as much as it did. “I’m not a super-extroverted kind of guy, so all of this feedback was a little overwhelming,” he wrote.

The shop owner provided some more insights about this incident. First, he mentioned this story takes place outside the US, but since he grew up there, he translated it into American English. “There’s no coin called the ‘penny’ where we are, but there is its equivalent; I also translated our currency into dollars for the ease of context and extra deliberate obfuscation.”

“Also, thank you for not pig-piling on the woman who tried to pull this stunt. I genuinely harbor no ill will towards her; she did a foolish thing and got swacked for it — as far as I’m concerned, that’s the end of the story,” PracticalDadAdvice added. “I hope she’s having a better day and making better choices than she was on the day in question.”

We managed to get in touch with PracticalDadAdvice who was kind enough to have a little chat with us. The user explained to Bored Panda that he decided to post this story on the Malicious Compliance subreddit because it seemed like the perfect place to share it. “I’m not usually a big post-er, but one of my shop kids likes that subreddit and suggested it,” he said.

Finding healthy and professional solutions to disputes with clients can sometimes seem like an impossible task, but the user managed to remain cordial, maintain a calm tone, and listen to the woman’s concerns. When we asked for his opinion about why she acted this way, the shop owner revealed that everybody’s entitled to have bad days. “Everybody makes bad choices when they’re stressed out or feeling overwhelmed. It’s important to recognize that in yourself and not try to take it out on other people, though,” he told us.

PracticalDadAdvice revealed this customer was far from the worst person who ever came into the shop. Yet, “The vast majority of our customers (and people in the world, I might add), are kind folks who are just trying to get through their day. We try to treat everybody with a baseline of dignity and respect — but if you come after one of my kids, we’re going to have a problem.”

Most of us have been taught to be polite and considerate, so no wonder many people online saw the woman’s actions as spiteful in nature. However, when it comes to customer service, the general public often has this mentality that “the customer is always right”. We were curious to hear the user’s take on this cliché.

“Customers are not always right, but nobody’s always right,” he said. “We will bend over backward trying to do good work for people, and we expect that at the bare minimum they won’t treat us in a rude way. The goal is to help each other get through this chaotic world, not make things harder for everyone,” PracticalDadAdvice concluded.

Here’s how Redditors reacted to this story 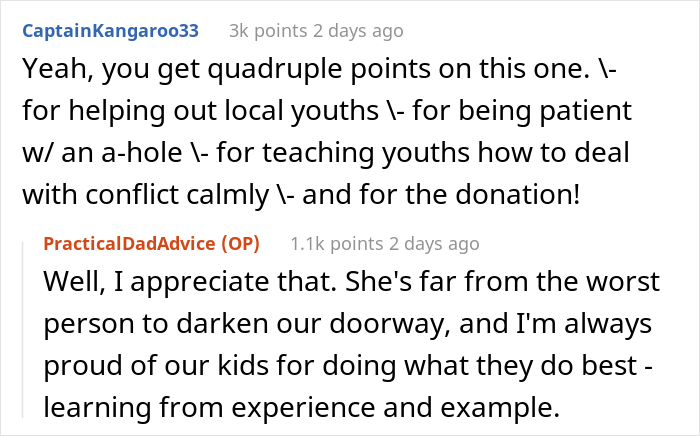 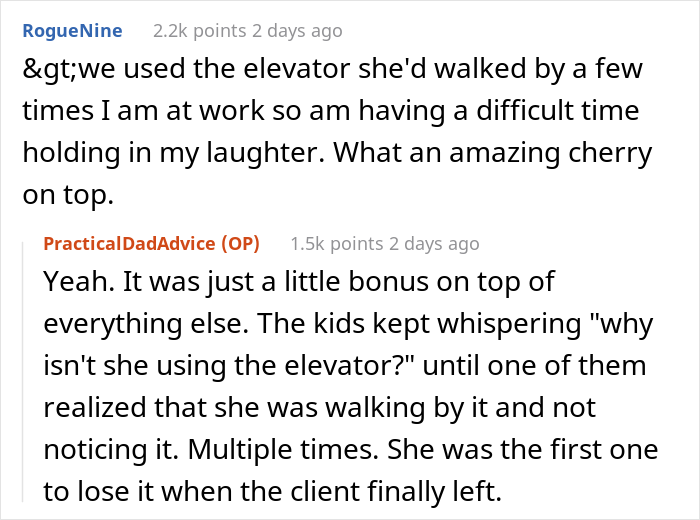 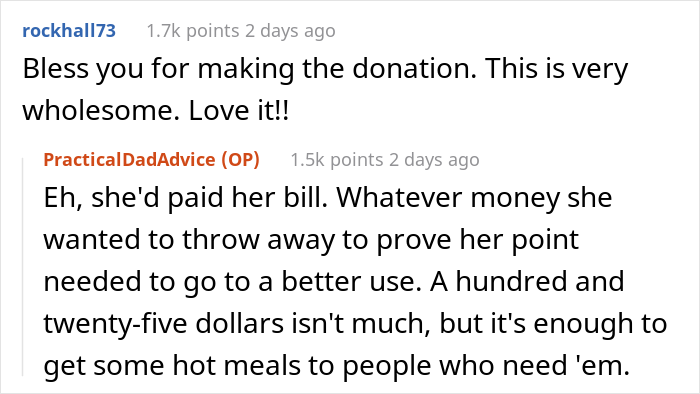 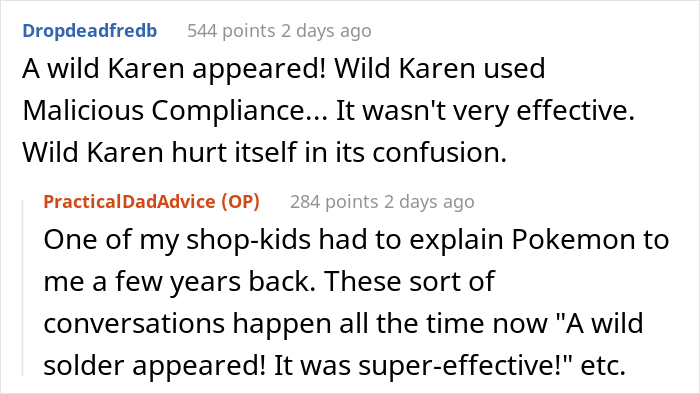 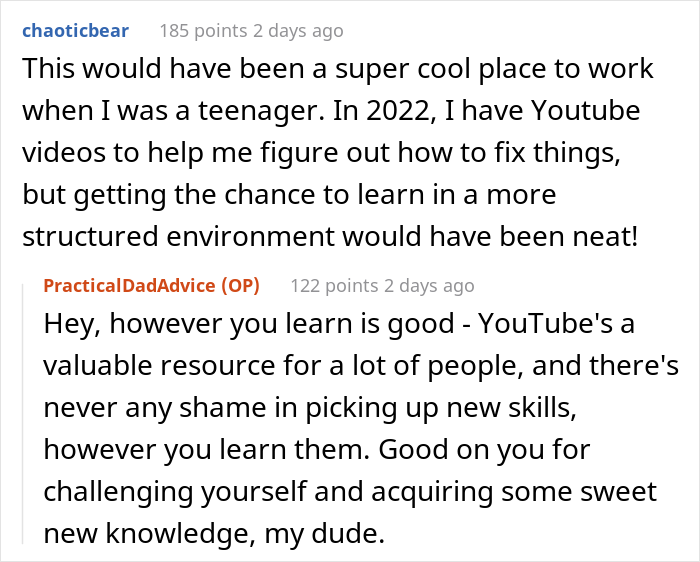 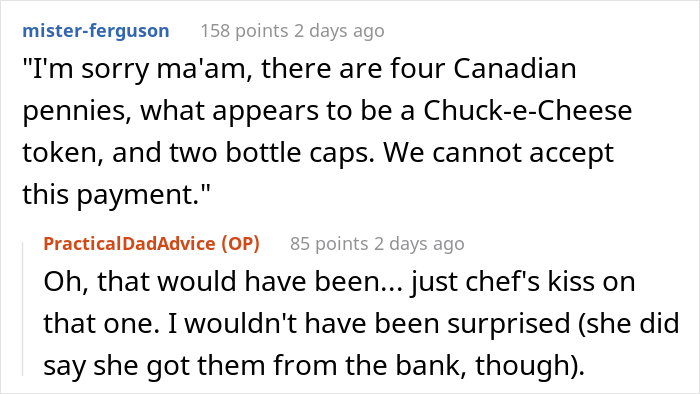 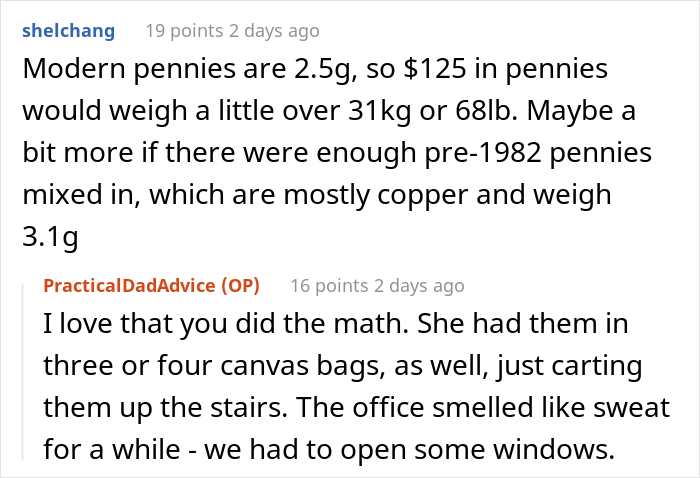 The post Karen Tries To Maliciously Comply By Paying In Bags Of Coins, But Repair Shop Owner Turns The Tables On Her first appeared on Bored Panda.