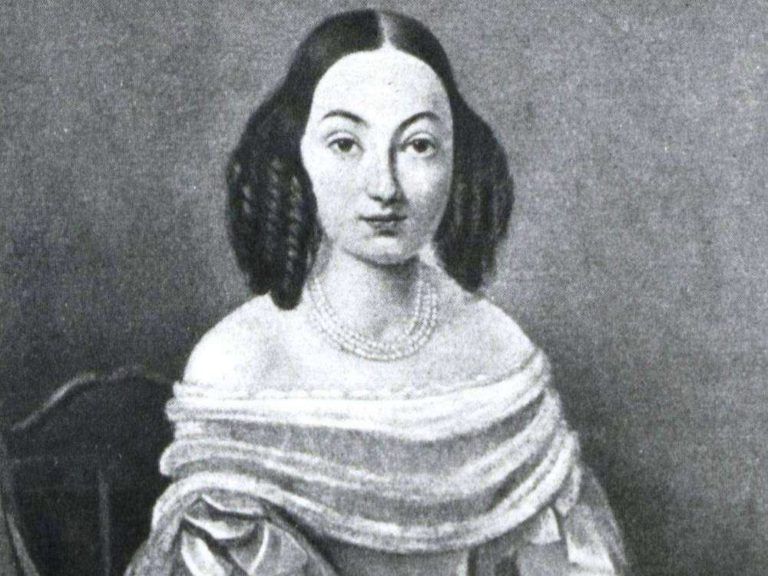 It’s a sad and furious thing to see someone with such great talent thrown by the wayside, ridiculed and mocked by her contemporaries simply because she’s a woman.

But such were the times in which Karolina Pavlova, one of the great Russian novelists and poets of her time whose works were shunned because the literary circles of her time thought her works were “not feminine” among other insults.

She endured personal attacks from her peers who often condescended her for wanting to be considered their equal. Even her closest friends would later desert her, leaving her to die forgotten. Only a few people actually supported her to the very end.

To be more than charitable, we might say that Pavlova’s life and art were so badly misread by her contemporaries because she was such a unique phenomenon in Russia. Pavlova’s own verse—its feeling restrained, and lyric meditation or elegy being her preferred genre—was considered by her contemporaries, as it was by the modern Russian poet Vladislav Khodasevich, as “above all not feminine.”

Pavlova’s lyrics, such as the cycle of poems inspired by her love for Boris Utin, can hardly be termed cold or abstract, but even when her poems reflect personal emotion, the feeling is both intensified and generalized, as is true in the case of most good poetry.

One of her novels, A Double Life, seems to be inspired by her own experiences. It is also her ultimate expression of retaliation against the society that has repudiated her for being a woman who sought to stand on level ground with others in her fields of interest. Read more on The Double Life of Karolina Pavlova at The Paris Review.