On Friday in New York, Sotheby’s held its highly anticipated fall “Contemporary Curated” auction, a biannual series focused on mid-career and postwar artists. The sale hammered at $24 million, making $30.7 million total with buyer’s premium across 176 lots, and landing within the pre-sale estimate of $23 million–$32.7 million.

The sell-through rate of 72.7 percent was lower than average. The results came in just under last year’s equivalent sale total of $32.7 million. They also disappointed in comparison to the highest series total of $36.8 million, achieved in March 2019. Still, its the fifth edition in the series’ history to reach over $30 million.

Many of the leading lots were by Black artists. Kerry James Marshall’s The Wonderful One (1986), a stark work featuring a Black figure against a white background, sold for $1.8 million, more than double the low estimate of $500,000. Barkley Hendricks’s Latin from Manhattan…Actually the Bronx (1980), a portrait of a woman donning a trench coat, realized a selling price of $1.5 million, doubling the low estimate of $700,000. The interest in the work may be explained by its rarity in a setting like Sotheby’s—portraits by Hendricks rarely come to auction, and this one had been in private hands, in a Michigan collection, for two decades prior to its sale. It is the first by Hendricks to be auctioned since news of a record $14 million private sale through Jack Shainman Gallery.

Titus Kaphar’s Page 4 of Jefferson’s “Farm Book” (2018), a work featuring a recreation of an 18th-century portrait, with its sitter’s face blanked out by tar, sold for $854,900, setting a new record for the closely watched artist, who recently joined Gagosian’s roster. Kaphar’s prior record of $350,000 set at Christie’s this July for the sale of Still Hungry! (2008).

A new record was also set for Romare Bearden, whose collage The Fortune Teller (1968) came from the collection of New York’s Joseph and Blanche Blank and sold for $770,200, five times the estimate of $150,000. It more than doubled the last record of $338,500 for Strange Morning, Interior (1968), which was auctioned at Christie’s in 2012. Ed Clark’s 1962 canvas Scarlett Blue sold for $576,600, going for five times the low estimate and establishing a new record for the artist. 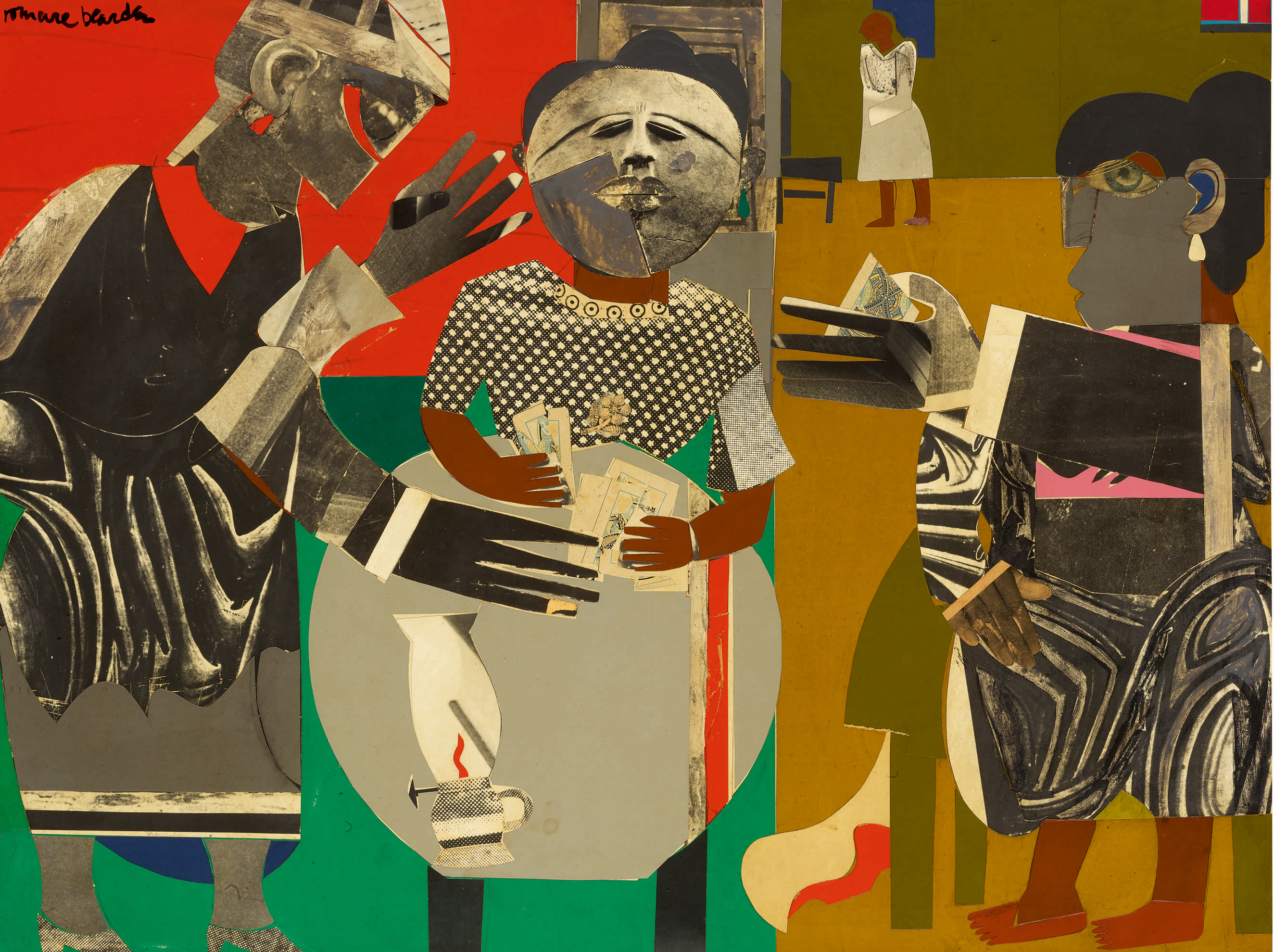 Elsewhere in the sale, blue-chip artists brought top results. A large-scale Kenneth Noland abstract from the collection of Dr. M. Wallace Faega Friedman was expected to be the top lot. Ember (1960) hammered at its low estimate, reaching $2.6 million with buyer’s fees. Jean-Michel Basquiat’s untitled portrait of a head sold for $1.4 million, well within its pre-sale estimate. David Hockney’s still-life Two Red Pots also sold for $988,000, hammering at twice its low estimate of $400,000. Damien Hirst’s dot painting Happy (Dappy), 1993, which had been held in a private collection since the early 1990s, sold for $1.3 million, five times its estimate of $250,000. 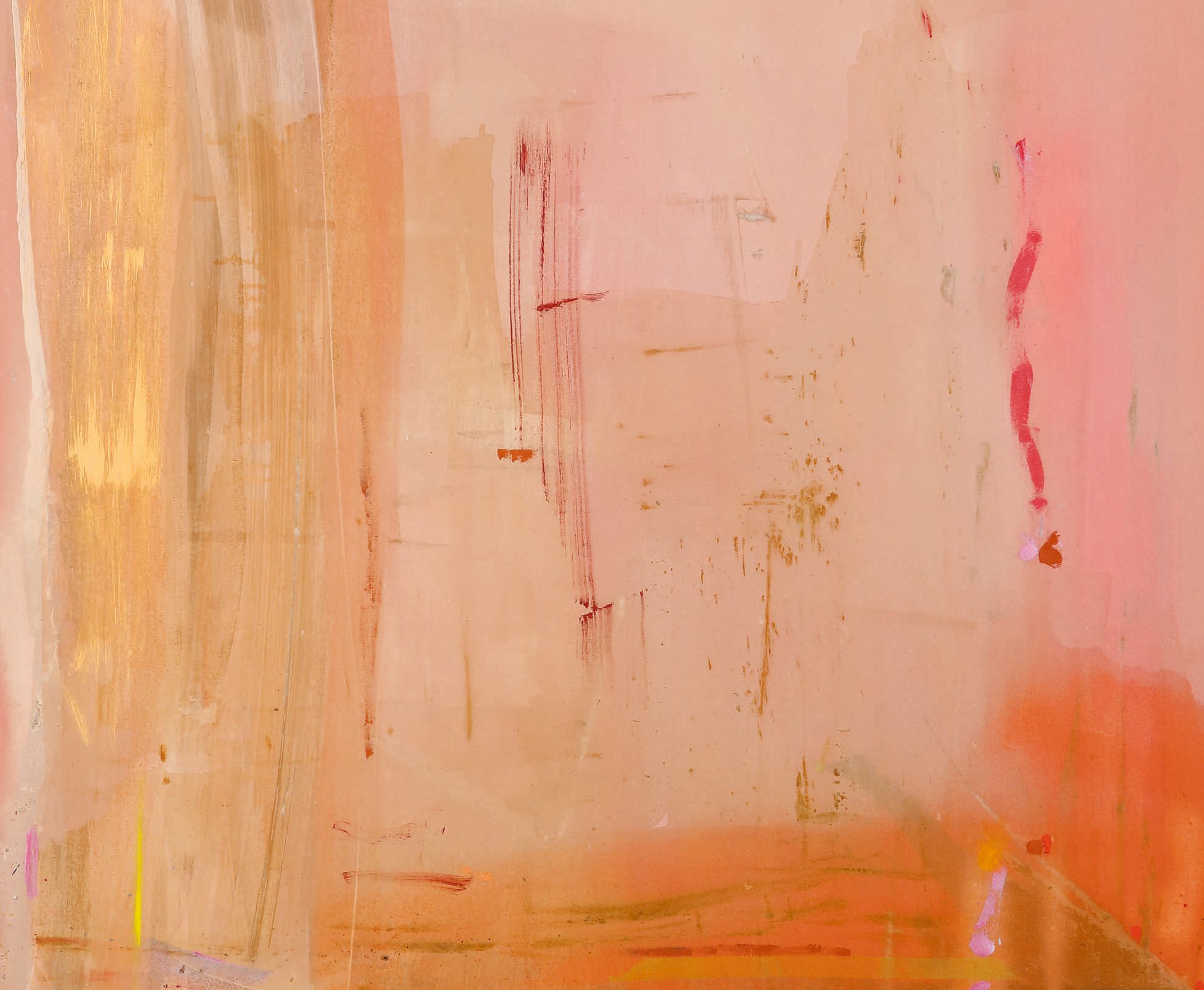 Other blue-chip lots failed to impress. Top-priced works by Ruth Asawa, also from the Friedman collection, along with a Robert Indiana, Christopher Wool and Keith Haring, failed to find buyers.

A sculpture made this year by Simone Leigh titled No Face (House), sold to benefit the New York High Line art park, brought a new record for the artist at $403,200, four times its estimate of $100,000. Leigh has seen new milestones at auction following news of her representation by Hauser & Wirth this January. This price surpassed the her record of $337,500 for Decatur (Cobalt), 2015, sold at Sotheby’s in March. Her four highest auction prices have all been set in 2020.