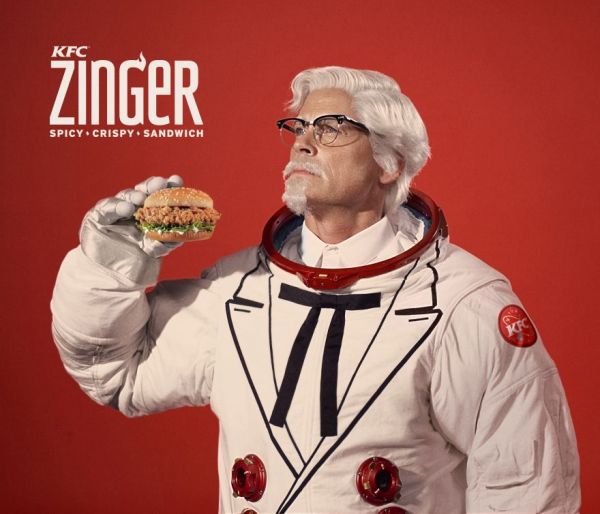 KFC seems to rotate between keeping their brand identity classic and coming up with silly and totally original ways to stand out in the fast food crowd, with their funny and unique ad campaigns winning by a mile.

To be exact they launched the Zinger into the stratosphere (about 60,000 to 80,000 feet above the surface) inside a bucket-shaped satellite that has a mechanical flag waving arm and plays a cassette of the Colonel talking about chicken.

Now if that don’t say ‘Murica I don’t know what do!

-Via The Mary Sue

Rating KFC Promoted Their New Chicken Sandwich By Launching It Into The Stratosphere is 5.0 / 5 Votes: 1
Please wait...
Loading...
Related articles