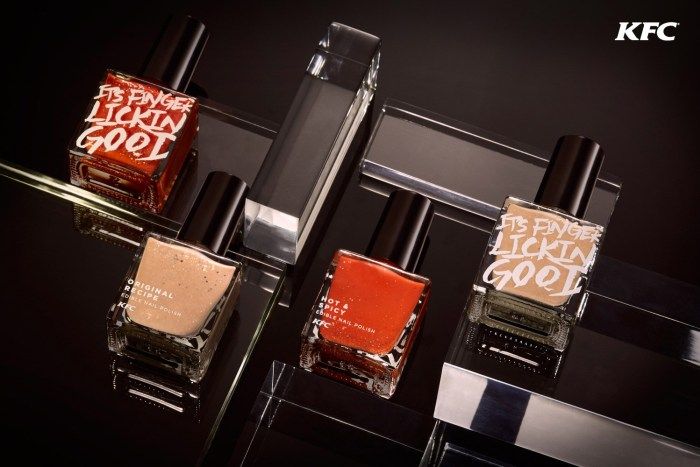 The polishes dry with a glossy shine, and are claimed to last for three days with regular licking. As for whether or not the nail polishes are finger lickin’ good, quite a few have said : “gross”.