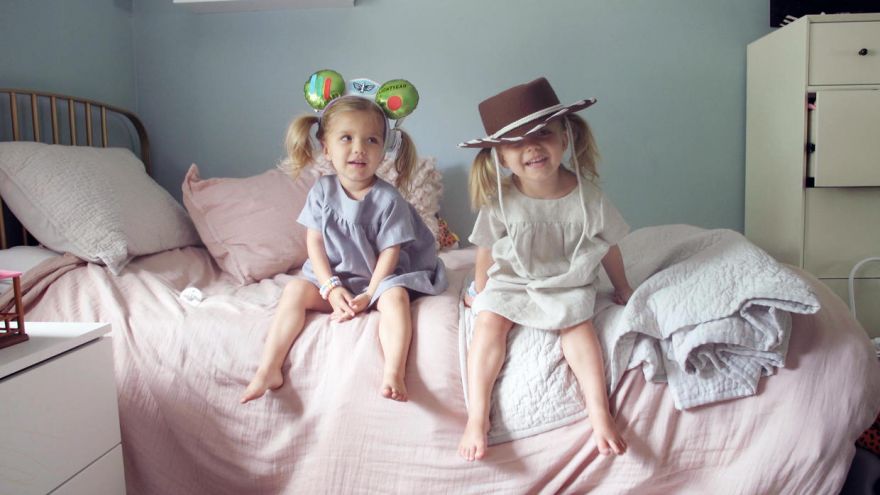 Child film and TV stars are no longer new to us. Like their predecessors, child stars on social media platforms also attract and fascinate audiences far and wide. Instagram and YouTube are expected to grow to a $6.5 billion to $8 billion by the end of this year. The huge growth on influencer marketing on these platforms, however, raises a lot of questions and concerns about the lack of oversight and the possible long-term impact on children’s lives.

One of the examples of these kid influencers is the three-year-old twins Taytum and Oakley Fisher, who recently branched out from their family’s YouTube channel. Now, they have a channel of their own.

It’s run by parents Madison and Kyler Fisher, whose “FishFam” home-video style vlogs have amassed more than 3.6 million subscribers on YouTube. The family also has 5 million Instagram followers, of which 3 million belong to Taytum and Oakley’s unique account. At just 4 months old, the newest Fisher family member, baby Halston Blake, has more than half a million Instagram followers on her account.

“(Our) new channel for Taytum and Oakley, called Taytum and Oakley Play, it’s going to be more geared towards just them,” dad Kyler Fisher told CBSN Originals on a recent morning at the family’s Los Angeles home. “Them playing with toys or just doing whatever they do, using their imaginations and stuff like that.”

Becoming a social media star is one of the most popular career aspirations named by kids in a recent survey. The influencer marketing industry is projected to grow to $15 billion by 2022. But experts warn that regulations need to be put in place as younger and younger influencers are sharing their lives on camera. Since 1939, Coogan’s Law — named for child star Jackie Coogan, whose parents squandered his fortune — has protected the earnings of professional child performers. The law, however, doesn’t apply to kid influencers online.

Asked about whether he’s concerned about the lack of labor laws governing kids in this new social media entertainment space, Kyler Fisher said: “Who gets to say who does the work? My kids are in a picture, and that’s work? I’m not so sure.”

The Fishers were among the forerunners of family vlogging and can earn upwards of $200,000 per month, with money coming in from brand deals and advertising revenue from Facebook and YouTube.

There are also other parents of kid influencers who also have a different take on the subject. Check them out on CBS.