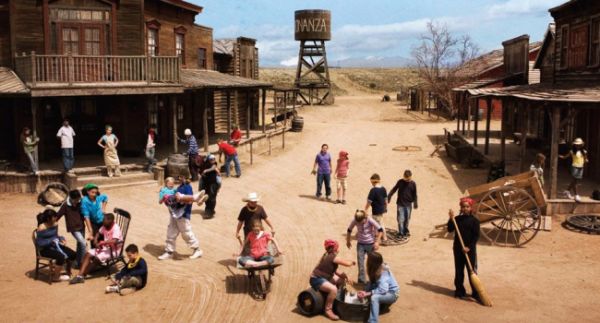 In William Golding’s novel Lord of the Flies, a group of young boys were stranded without adult supervision and eventually descended into chaos and murder. In 2007, CBS attempted to duplicate that excitement with a reality TV series based on the same idea. Kid Nation was supposedly an experiment to see if children left to their own devices could form a functioning community. Forty children between the ages of eight and 15 were brought to a movie set that recreated an Old West town and let loose to do their thing.

However, they weren’t exactly free to do as they pleased. Kid Nation was actually a game show, in which the kids were sorted into four teams, and rewards were given to those who were the most useful to the group. Parents were banned from the set, but there were adults around: the film crew and a team of child psychologists.

The show was a disaster. The “reality” for the kids was a lot harder than they anticipated. They were free to quit, but felt pressured to stay and collect rewards. Some were injured during the production. The audience saw it as child abuse. The show only lasted one season. But contrary to Lord of the Flies, the best part of the whole experience was how well the children did with what they had to work with. Read what happened on Kid Nation at Messy Nessy Chic.