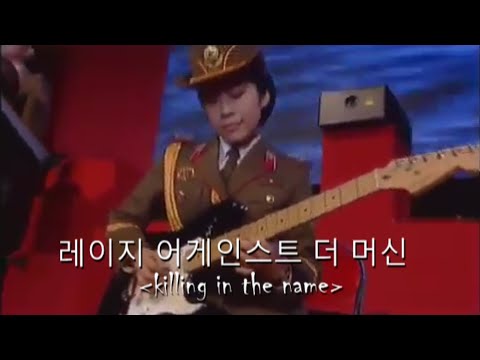 During one of those huge patriotic displays that North Korea is known to stage, the Korean People’s Army State Merited Chorus and Symphony Orchestra (the North Korean military’s musical unit) performed a symphonic version of “Killing in the Name” by Rage Against the Machine. If you think that’s highly unlikely, you’d be right. This is an edit, but a particularly masterful one from Lars Von Retriever in which you can listen and watch and start to question whether it might be real after all. Well, the video is real and the audio is real, but they didn’t come from the same source. The audio is from a performance by Rockin’ 1000 (NSFW lyrics). Someone in the comments mentioned that this video might cause an international incident, but YouTube is not accessible in North Korea except to government elites, and they wouldn’t want to draw attention to it. -via Laughing Squid

Milkweed, Cypress Spurge, and Other Native Plants Soar into the Sky in Mona Caron’s Poetic Murals

A Former Office Becomes a Minimalist Beach House in Spain