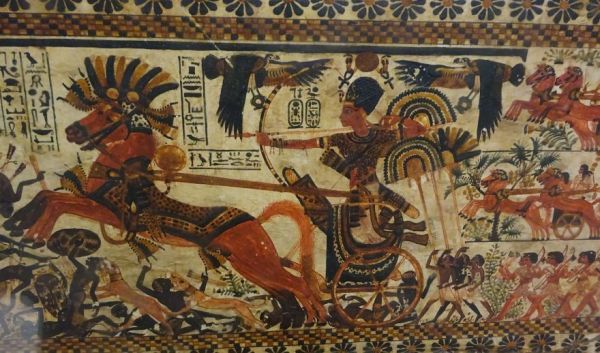 King Tut, who ruled Egypt over 3,000 years ago, captured America’s imagination in the 1970s when the exhibit called The Treasures of Tutankhamun toured the US and showed off the golden artifacts he was buried with. The impression we’ve had ever since was that King Tut lived a glorious life of immeasurable wealth. While he was a wealthy king, he suffered from birth defects and poor health, then died while most likely still in his teens.

The tomb of Tutankhamun was discovered in 1922. His embalmed remains got their first x-rays in 1968. A full CT scan of his body was performed in 2006. They reveal that Tut suffered a cleft palate and a club foot, possibly due to generations of inbreeding. He also had malaria and a broken leg. An article at Mental Floss looks at the speculation on what his cause of death may have been, and there are plenty of possibilities.