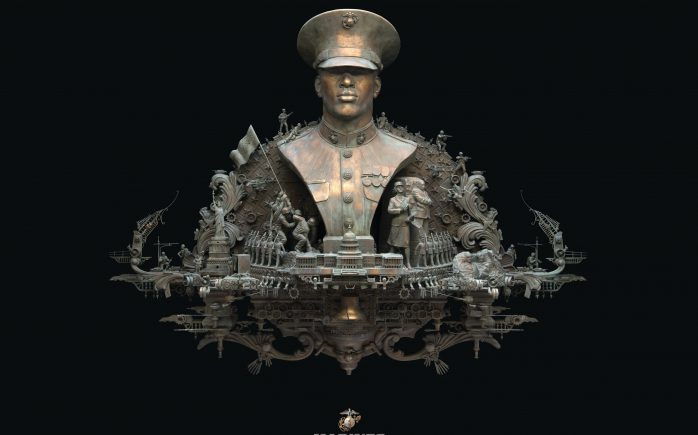 At the end of last year, Kris Kuksi revealed a series of three sculptures he worked on for the United States Marine Corps as part of their recruitment campaign. The Battles Won set features bronzes entitled Nation’s Call, Waged In Will, and the nearly seven feet tall At Their Core (seen in more detail here), which were later donated to the National Museum of the Marine Corps in Virginia where they can be viewed. Taking approximately seven months to complete, the intricate and richly layered mixed media works is created with Kuksi’s signature assemblage technique utilizing found objects such as toy soldiers, items from model kits, and 3D printed objects.

He further states – “The mentality of a Marine is selflessness, camaraderie, brotherhood and kinship — all working together and fighting to the death for your fellow man. I wanted to capture the fighting spirit.”