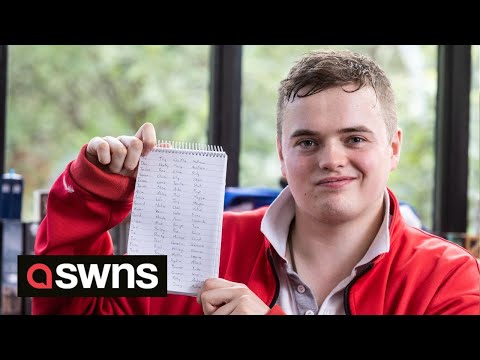 The British tabloid Daily Mail introduces us to Henry Gray of Newcastle, Tyne and Wear, UK. He has an unusual medical condition called Lexical-Gustatory Synaesthesia. The areas of his brain which interpret sounds and smells are connected in a way that aren’t for most people. As a result, when he hears sounds, he experiences smells, tastes, and sometimes textures.

This can sometimes be an unpleasant experience, as some names come with undesirable aromas. Dating can be problematic for Gray. It’s not that Kristy herself reeks of urine–just her name. Daisy is rancid butter. Arabella is a smell sock.

There are undesirable male names, too, on Gray’s list. Harrison is an itch he can’t scratch and listening to Ian’s name is like having a plugged-up ear.

Gray is on the lookout for a Francesca, who smells like a warm, chocolate cappuccino, or an Abby, who tastes like orange bubble gum. Good luck to him as he smells his way to romance!