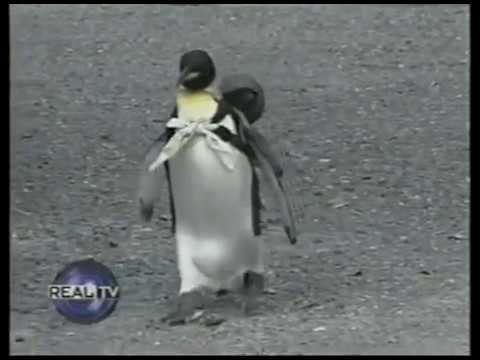 In an old yet charming video filmed during the 1990s, a king penguin can be seen trotting his way home to the fish market. This is LaLa, who left the cold regions of his home and ventured to a hot and humid town in Japan where he became a companion of a local resident. LaLa, as captured in the video, can be seen venturing to the local fish market with his penguin-shaped backpack every day:

So, how did LaLa find himself in Japan? As the story goes, he was found trapped in a fishing net with an injured beak and wing. A fisherman discovered LaLa and kept him on the boat with him. When the man returned, he brought the bird to the Nishimoto family. They took care of his injuries and nursed him back to health. LaLa never left his caregivers, and so they built a refrigerated room for him under their house.