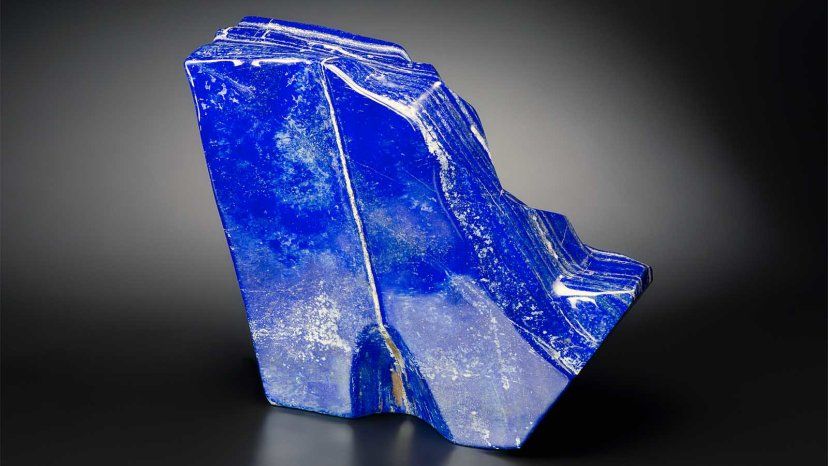 Did you know that lapis lazuli once adorned great works of art from the past? The material has been associated with ‘cosmic wisdom,’ and it was once more precious than gold. From adorning King Tut’s coffin, and other ancient funeral items, to coloring the most expensive blue paint, the gemstone once ruled the hearts of artists and craftsmen:

But in addition to being used on pharaoh’s masks, scarabs and beads, it is rumored that pulverized lapis lazuli was the eyeshadow of choice for Cleopatra.

During the Crusades, lapis lazuli began making its way to Europe where it was also ground, but in this case for paint. It’s “rarity and cost meant that it could be afforded for the creation of art works only by the richest of patrons,” Roderick Conway Morris wrote in a 2015 piece for The New York Times.

During that medieval period, the pigment, a color named ultramarine, which means “beyond the sea,” was “more precious than gold,” Ravi Mangla wrote in The Paris Review. It was so special (and expensive), ultramarine was usually reserved for special commissions or parts of paintings like the Virgin Mary’s robes.

Until the 19th century, lapis lazuli was the only game in town for “true blue” ultramarine. But in the 1820s, French chemist Jean-Baptiste Guimet created a synthetic alternative.

Image via How Stuff Works

Announcing: The Next Generation of Art Cars

Majestic Sculptures Made By Beavers

The Bell Cemeteries of World War 2