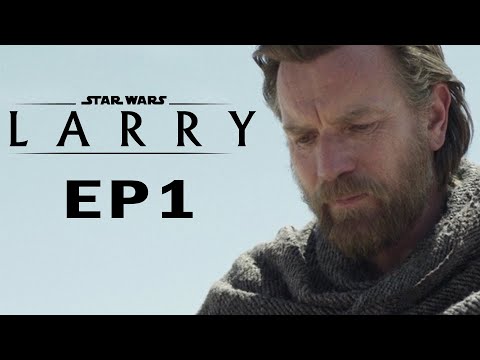 We knew that Auralnauts was planning a series about Larry, a previously obscure Star Wars character who looks a lot like Ewan McGregor. It appears they made their fundraising goal, because episode one is here! The first three minutes are a less-than explanatory montage setting up the story. Then Larry explains his party background to Luke Skywalker. They managed to take clips from many different Star Wars films plus Obi-Wan Kenobi and make it a lot of fun. The first episode mainly deals with Larry trying to borrow some cash. Auralnauts say there will be six episodes in all, just like Disney+’s Obi-Wan Kenobi miniseries. -via reddit