When he was only 19 years old, revolutionary conceptual artist Lawrence Weiner executed one of his first artworks by using dynamite to explode craters in the earth. This eccentric, undocumented incident marked the beginning of an artistic career that would lay the groundwork for the 1960s conceptual art movement and challenge traditional assumptions about the nature of the art object.

Weiner’s far-out artistic experiments were revered as unrelenting investigations into new forms of display and distribution. Fifty-six years later and Wiener is still making art. His practice now consists of predominately text-based artworks that he contextualizes by placing in specific public forums. Wiener was recently honored at The Kitchen’s 2017 Spring Gala, an annual event that celebrates creative pioneers. In collaboration with The Kitchen event, Creators filmed a short interview with Weiner, wherein the artist talks about objectification and the way in which art can communicate with a culture of people. Read the interview in its entirety below: 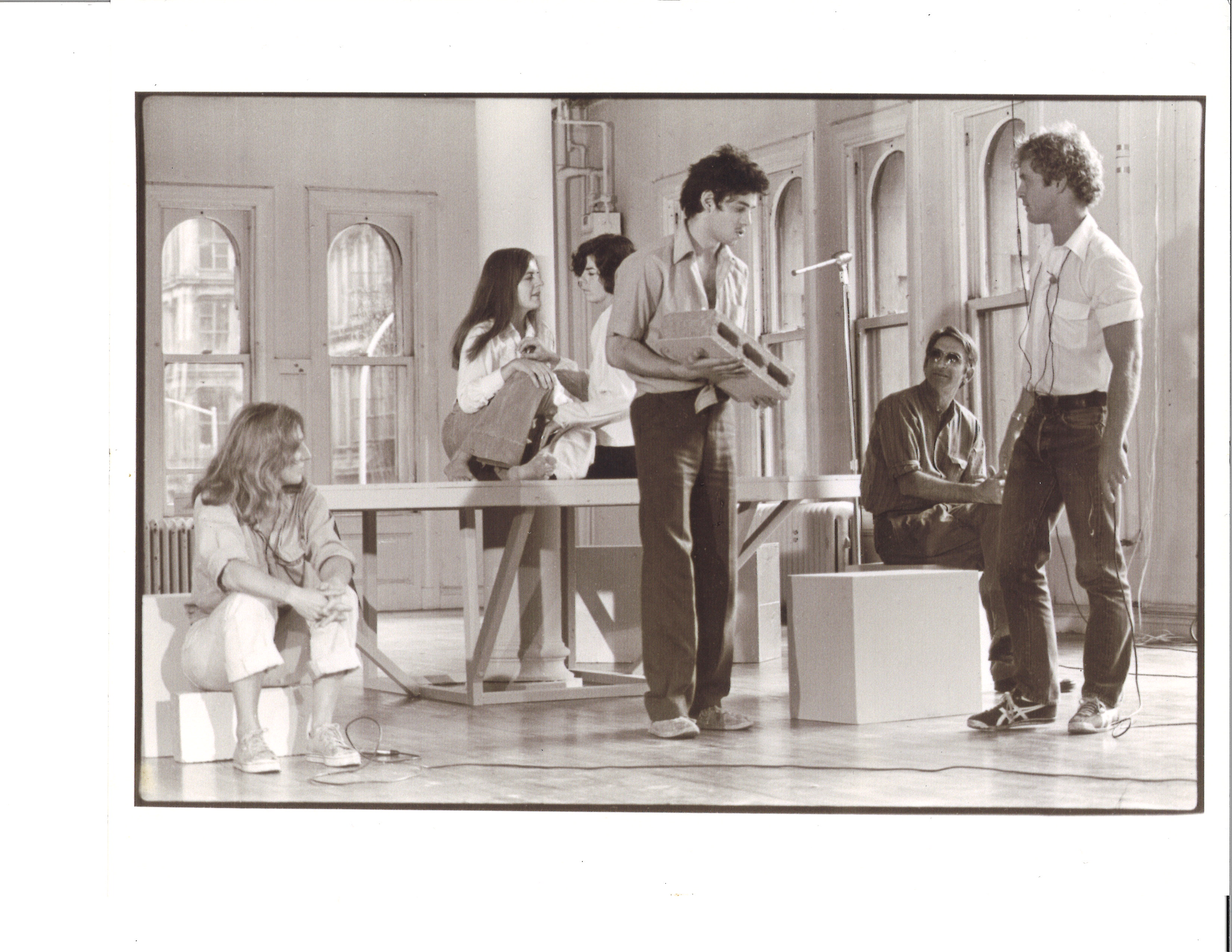 Creators: Could you introduce yourself?

Lawrence Weiner: I am Lawrence Weiner and I am an artist. In February I turned 75. I am born and raised in New York City and I lived partially in Amsterdam. I draw there, worked there, and had a life there too.

How would you describe your type of artwork?

The objectification of materials that most people have never noticed. The objectification of phenomenon in relation to human beings. It is equal and consistent with relations to human beings. It is based on the art is made by people and for people. Otherwise, there is no reason for it to exist. I make complicated movies sometimes, I make things but in fact I can explain it and when I make it I don’t have to explain it any longer. That’s the whole point of what already is, already is an objectification of something that you are trying to communicate with a culture. It’s that tiny little thing that you don’t want to fuck up someone’s day but the purpose of what you are doing is to fuck up their whole life.

So what you are expressing is that an artist is messing with people’s reality?

No, not messing with but presenting a simultaneous reality, not an alternative, not a parallel but simultaneous because that reality and my reality can exist at the same time and the same place and they are only noticed when they are banging into each other. 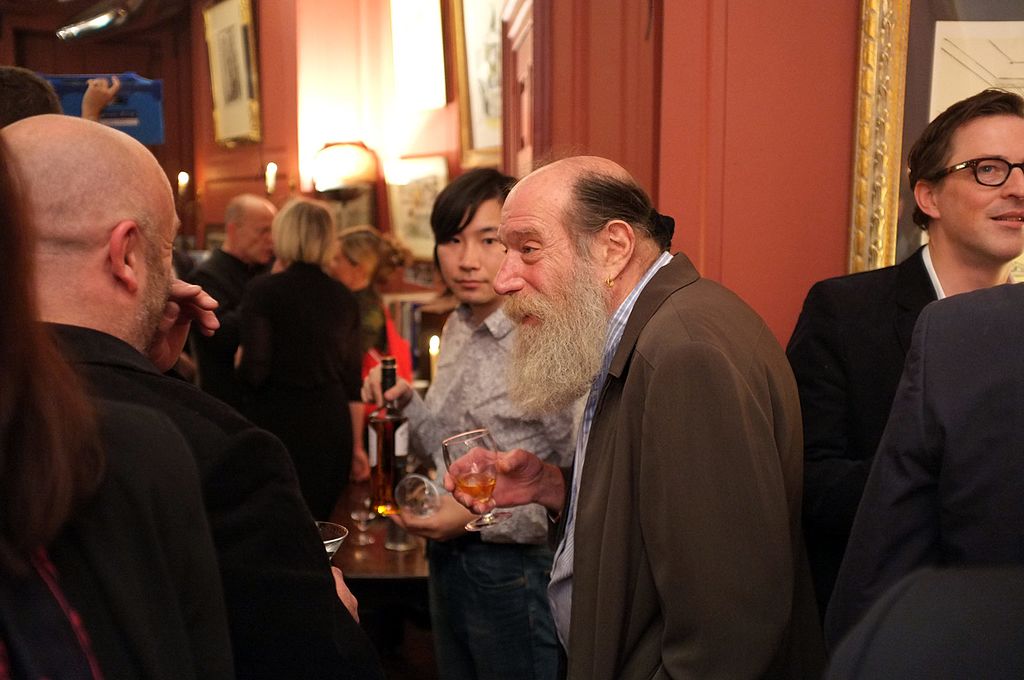 Laurence Weiner at the TYPO 2011 conference in London. via, Wikimedia Commons.

Could you describe one of your earlier pieces, titled Cratering Piece?

It would be very good to put things in a context. At the time when I was doing that work, it was dozens of people around the world doing work like that. It was in a sense, of the times. I was trying to make sculpture by removing things and the way to do that was explosives, a new crater. I was under the mistaken impression as a young artist that each of the individual craters constituted a literal work of art. For quite sometime I continued to believe that, that essentially an artist had a kind of gestural necessity. After while I realized that we were dealing with generalization, you can make art from removing something with explosives, it is pretty sufficient, it doesn’t have to be special.

So was it physically dangerous for the people involved?

Yes, everything is physically dangerous. I was 18 years old and danger was a relative thing to do with your vulnerability. I never saw a danger as romantic because I grew up in part of NYC that was a bit violent.

Could you describe the piece?

It was a field created by simultaneous explosions. We put a group of explosives and blew them up. It reinvented me, it reached me. That was my concept at the moment and it is now to create an art that is a substantial object that has its own life but at the same time its content is accessible to any person who looks at it. You don’t have to have a previous knowledge. It was my idea in making art to make art that doesn’t require doing or looking like something that came before. It is not a requirement. I just think it was a right thing in a right time. It was not ironic, it was not against anything except the entire culture. That’s what art is. 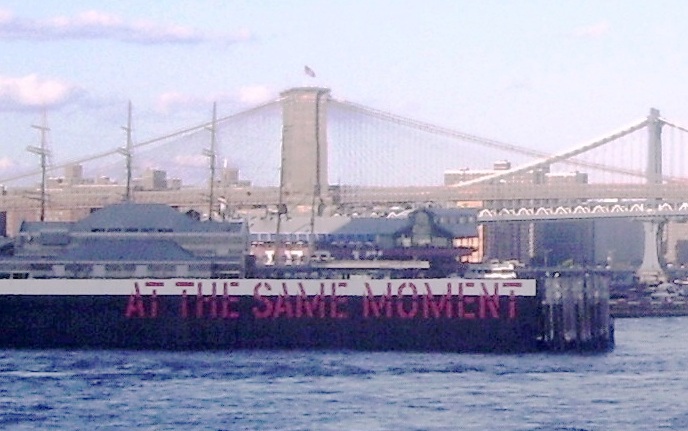 Weiner’s At the Same Moment, painted on pilings in the East River, 2011. via, Wikimedia Commons.

Could you talk about your recent work?

At this moment, I am engaged in a few public things. I just did something in Mexico City. What I am trying to do with work now is making the context that is not based on the ethnicity but because it is a sculpture, it will relate to almost any ethnic culture. Doing that you have an obligation to do as closest as you possibly can to the reality with all relationship to materials and how they relate to each other.

Looking at yourself as a young artist, what was important to do at that time that lead to the pieces you created?

Artists would find a place in a bar, literally find a place where they could speak about their needs and why they decided to make art to another person who would understand. You have to build a social life that will lead to it. The whole trick of entering into the world is to try to enter the world. It’s simple. Everyone has its own problems economically, socially, emotionally, ethnically. But those are not the subjects. That’s my advice: Not try to resist things.

Could you talk about your relationship to the Kitchen?

People who I met at The Kitchen were very gracious, confident, and generous, so I worked with them for a long time. I was involved with different performers. Somehow we started to work on productions together and I did a show for them. It was a performance about the interaction of various cultures. When they offered to honor me, I thought “Wow, I didn’t work here for such a long time” but I received a letter from the director explaining what I had done there. I got very pleased.

Learn more about The Kitchen’s Spring Gala here, and be sure to check out Weiner’s interview with Creators below:

This Canadian Conceptual Artist Is Subverting Ideas of Public Art

From Idea to Installation, Go Inside the Practice of a Conceptual Artist

Rating Lawrence Weiner Told Us About F**king Up Your Life With Art is 5.0 / 5 Votes: 2
Please wait...
Loading...
Related articles