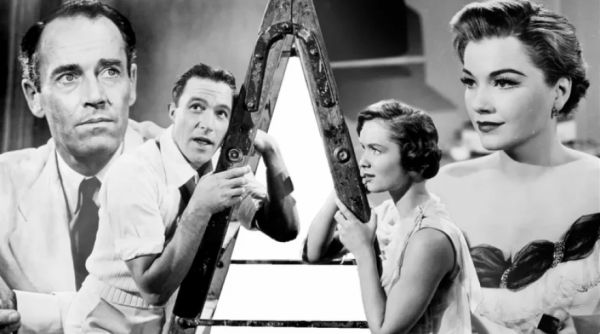 The 1950s are often ignored in history classes due to the relatively tumultuous events of the 1940s and the ’60s. But it was an important time of transition across the world, with undercurrents building up that would lead to great changes. Some look at that decade as an ideal time of peace, prosperity, and conformity. Yet millions of veterans were dealing with World War II trauma and the folks at home who didn’t want to hear about the horror. Women settled into suburbia, subsuming their aspirations to fit into the stifling ideal of the perfect housewife. Prosperity brought out the worst in those who were out for Number One. Opportunities for minorities that opened up during the war were rolled back. And everyone was nervous under the constant threat of nuclear attack as the Cold War escalated.

All these tensions were downplayed, both publicly and privately. However, Hollywood used them as a jumping off point for some of the most thought-provoking and creative movies ever, whether the result was drama, comedy, musicals, or science fiction. Slashfilm takes a look at the decade’s 15 best films and how they illustrated what was really going on the 1950s. You’ll look at movies you’ve seen in a whole new way, and learn about those you haven’t seen and why you should pull them up for a watch.